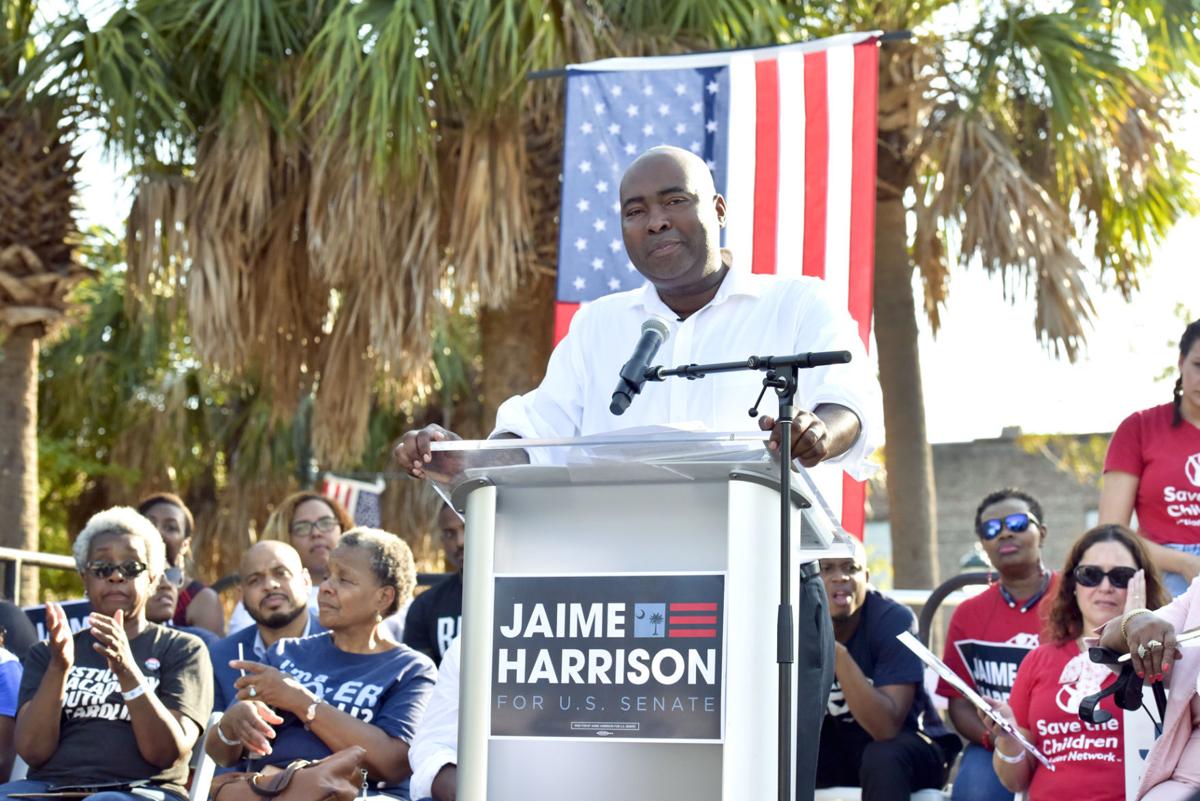 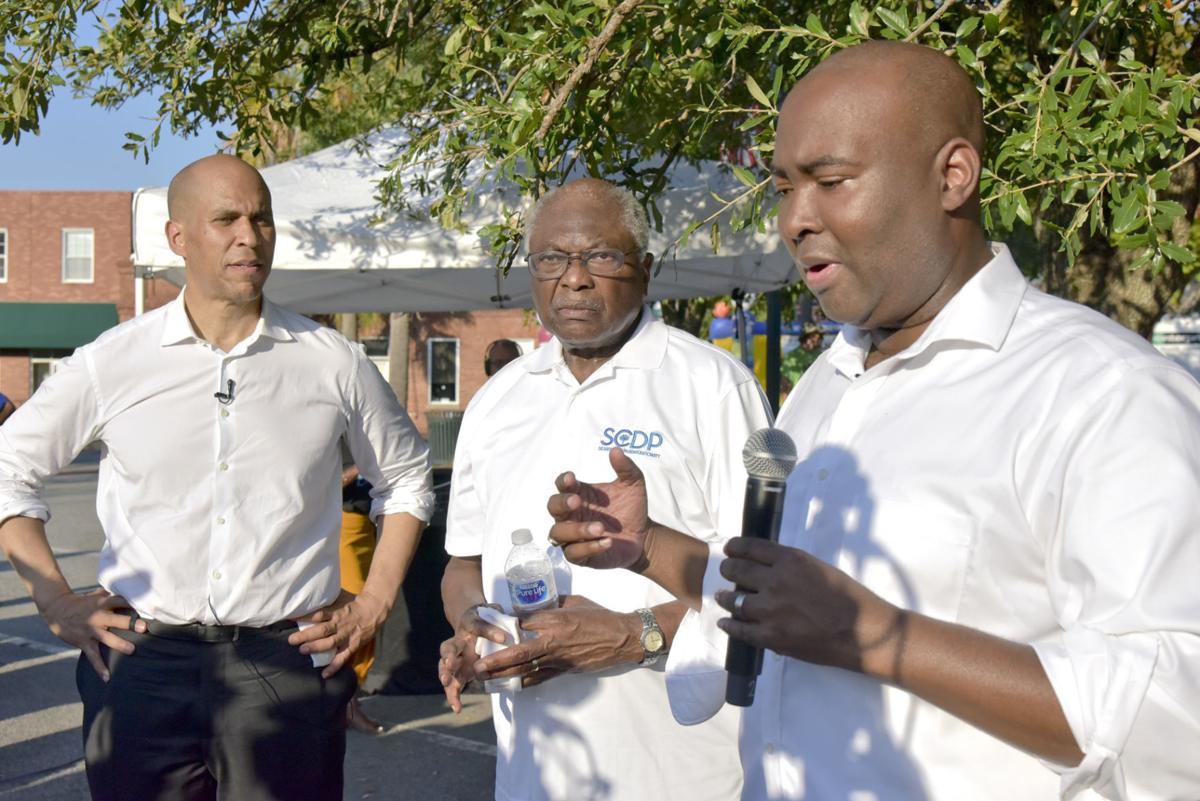 High-profile Democrats came to Orangeburg on Sunday to show their support for Jaime Harrison’s senate campaign in his hometown.

Underestimating Harrison would be a mistake

Presidential candidate Sen. Cory Booker, who described Harrison as a person with a large spirit and humble demeanor, said it is important that Harrison is elected.

“We need to elect Jaime Harrison because he knows the power of the people is greater than the people in power,” Booker stated. Harrison and Booker knew each other at Yale University.

Jaime Harrison announces he will run for U.S. Senate

Harrison officially kicked off his campaign at an event in Memorial Plaza in downtown Orangeburg. The former S.C. Democratic Party chairman is running for the seat held by Sen. Lindsey Graham.

Harrison claims the longtime senator has forgotten about the state that has elected him.

“When you vote, you want your representatives to focus on helping you and your family address the concerns, address the hurdles and barriers you face in life. Despite all of those hurdles, South Carolinians currently have in the U.S. Senate Lindsey Graham, someone who spends most of his time on cable news and golfing,” Harrison stated.

“I’d like to call him the world’s most powerful golf caddy. I have to tell you, folks, Lindsey Graham has changed. He is no longer a statesman with integrity, someone who could bring parties together to find common ground. That Lindsey Graham is long gone, and he’s been replaced by a person that only cares about putting his personal interest ahead of everyone else’s,” Harrison said.

Harrison said the Republican senator has been “missing in action for a while now.”

“Where was our senator when a hurricane was approaching South Carolina’s coast? Where has he been as rural hospitals from Bamberg to Fairfield began to shutter and close? What has he done to curb gun violence and honor the memory of those who lost their lives at Mother Emanuel? My friends, the senator’s focus has been growing his own political power,” Harrison stated.

“We need leaders who will never leave South Carolina behind. We need leaders who will always represent the interests of those of us back home. The time has come for all of us to stand together to tell the senator and every other politician like him that it’s not about them. It’s about our voices, our future. It’s about making sure that every South Carolinian regarding of economic status, race, religion, gender, gender identity, or sexual orientation, that you can get an opportunity to live and experience the American dream,” Harrison stated.

The event featured several of Harrison’s friends and mentors, who all spoke of the Orangeburg-Wilkinson High School graduate’s character and their belief that he is what South Carolina needs.

“Jaime Harrison is more qualified to be a U.S. senator than anyone who’s ever run before in this state.”

Congressman Jim Clyburn, Harrison’s mentor, spoke highly of Harrison and said he had to come and support him.

“My late wife Emily got to know and love Jaime. And when Jaime sent me a text to ask whether or not I could see my way clear to be here, I asked myself one question: What would Emily have me to do? And so I’m here to do what I can to help this young man, who she loved like a son, do what he can for the people of South Carolina, the people of the United States of America and for the people globally. Jaime Harrison is well equipped to be a United States senator,” Clyburn said.

He said Harrison, “is grounded in the soil of South Carolina. He is guided by the constitutional principles of the United States of America. He looks up to whom brings him all help and strength. Jaime will take integrity to the United States Senate. He will be a representative of this state that will make every single one of us proud.”

COLUMBIA — A top Democratic National Committee official raised $1.5 million in the most recent fundraising period in his challenge to U.S. Sen…

With confidence in his national connections and fundraising ability, a top official with the Democratic National Committee said Thursday that …

South Carolina may be a Republican "red" state, but that doesn't mean Democrats are not serious about challenging veteran Republican U.S. Sen.…

DID YOU SEE? Jaime Harrison now only Democrat seeking to unseat Lindsey Graham