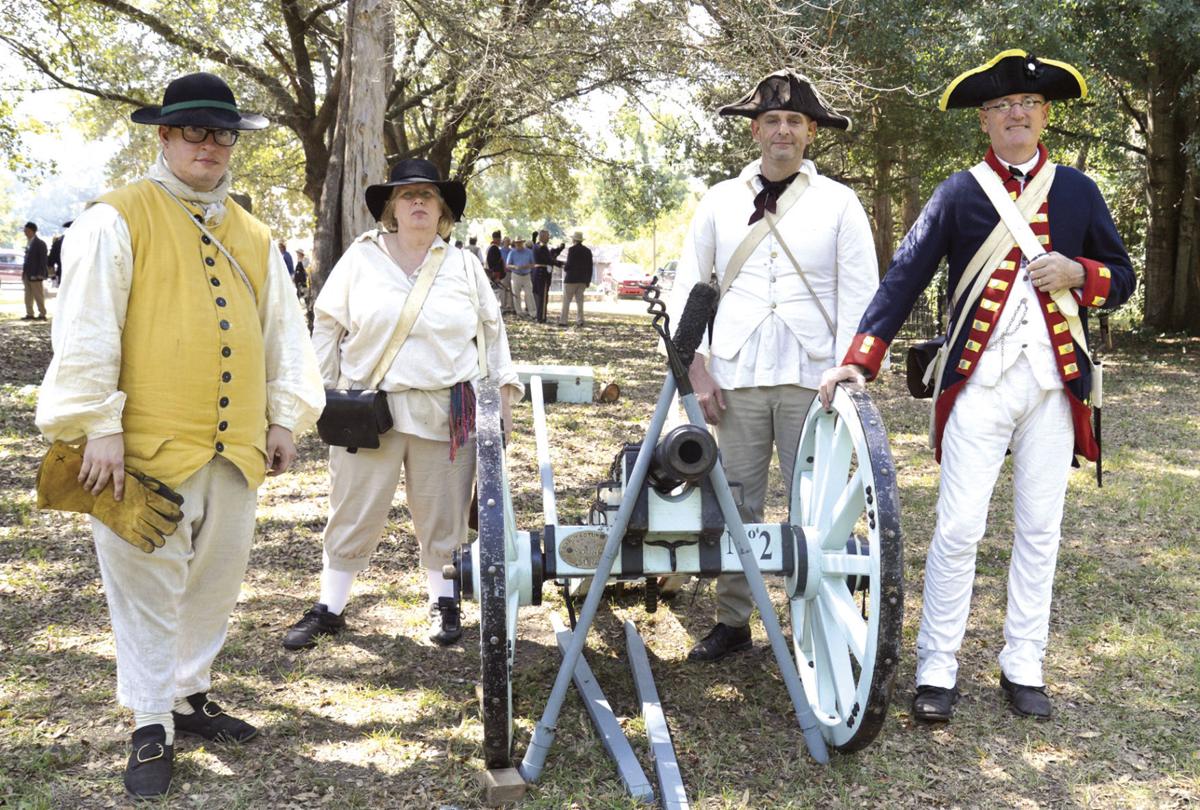 Members of a cannon crew from the Historic Camden Revolutionary War Artillery Unit are pictured at a past ceremony celebrating the anniversary of the Battle of Eutaw Springs. 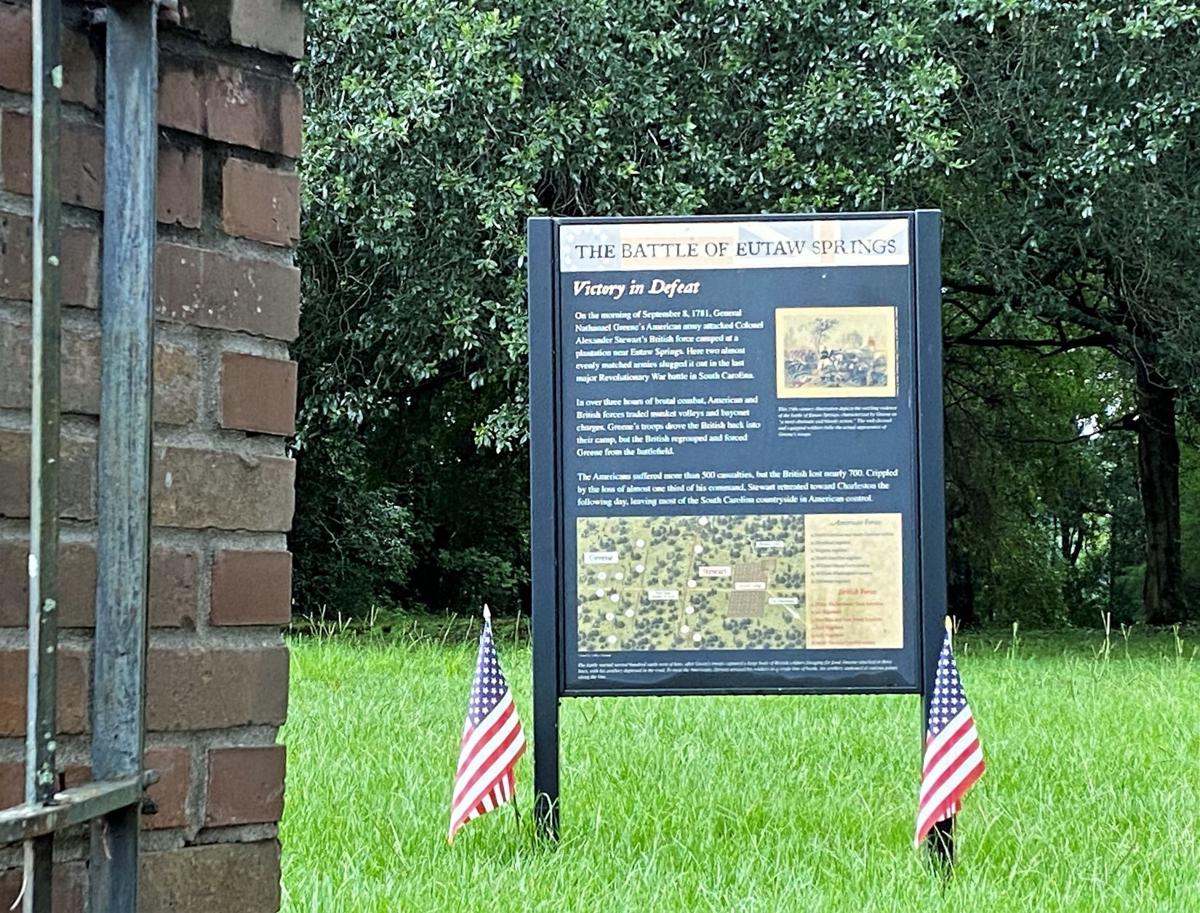 A nationally syndicated docu-series, “Beyond Your Backyard,” will feature the Battle of Eutaw Springs during its fourth season. Visitors have been able to visit nearly three acres of the original battlefield site since 1936.

A nationally syndicated docu-series, “Beyond Your Backyard,” will feature the Battle of Eutaw Springs during its fourth season, SCETV Director of Communications Jeremy Cauthen said.

It is expected to air sometime this fall.

Production on the episode began with “location scouting back in September 2020. The trip to South Carolina, as well as a similar scouting trip to Vermont, were the first production activities for the program since spring 2020, when all work was halted as a result of the pandemic,” Cauthen said.

The Battle of Eutaw Springs took place east of Eutawville on Sept. 8, 1781, beginning around 9 a.m. and raging for nearly four hours.

Housing development planned; Holly Hill ‘is in the path of growth’

At the freshwater spring of Eutaw Creek, British Col. Alexander Stewart began to set up approximately 2,000 soldiers after moving northwest along the Old River Road from Moncks Corner.

But he met his match there with Gen. Nathaniel Greene, the southern commander of the Continental Army, who was guiding a force of 2,400 Patriots to halt the British invasion.

Experts say that the Battle of Eutaw Springs caused the British battle strategy to unravel.

The British sought to gain control of South Carolina’s interior areas, but that ended at the Battle of Eutaw Springs.

Casualties to both armies were costly.

During the battle, 579 Americans and 882 British and loyalists were killed, wounded, or captured, according to the American Battlefield Trust.

The battle itself covered about 170 acres and firsthand accounts report that soldiers waded in puddles of blood on the battlefield while dead men stood impaled on each other’s bayonets. Mass graves became burial sites.

Another significant aspect of the Battle of Eutaw Springs is that so many heroes of the American Revolution fought in it – William Washington, Francis “Swamp Fox” Marion, Andrew Pickens, Lighthorse Harry Lee and Wade Hampton.

The battle also resulted in the death of British Maj. John Marjoribanks, who is buried at the site.

Since June 26, 1936, visitors have been able to visit nearly three acres of the original battlefield site. That’s when the United States Congress established the park as a memorial site.

Three organizations are working together to acquire and permanently protect properties where the Battle of Eutaw Springs took place. They are the S.C. Battleground Preservation Trust, the American Battlefield Trust and Lord Berkeley Conservation Trust.

The SCBPT, in recent years, purchased the former Chef’s Choice restaurant site with plans to transform the building into an interpretive center to tell the story of the significant Revolutionary War battle.

According to the Public Broadcasting Service’s website, “Beyond Your Backyard” is “an Emmy award-winning, educational travel series exploring destinations in North America and beyond demonstrating there’s so much more that brings us together than divides us. In each episode, Emmy award-winning television personality Erik Hastings aka Erik the Travel Guy educates viewers on the history, culture, food and attractions; reminding viewers how connected we really are.”

Housing development planned; Holly Hill ‘is in the path of growth’

A new residential housing community is planned for Bunch Ford Road in the Holly Hill area.

The S.C. Department of Social Services announced Monday that the extra Supplemental Nutrition Assistance Program benefits provided during the …

Members of a cannon crew from the Historic Camden Revolutionary War Artillery Unit are pictured at a past ceremony celebrating the anniversary of the Battle of Eutaw Springs.

A nationally syndicated docu-series, “Beyond Your Backyard,” will feature the Battle of Eutaw Springs during its fourth season. Visitors have been able to visit nearly three acres of the original battlefield site since 1936.