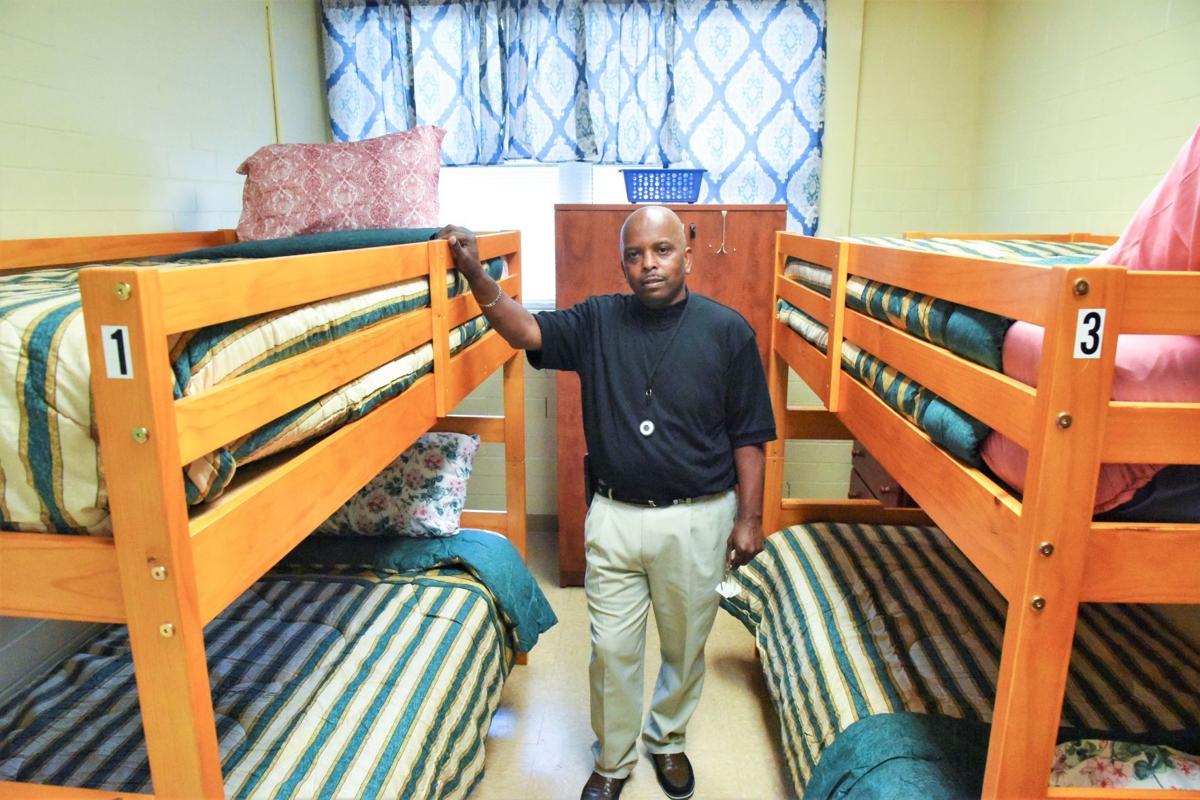 Henry Miller is executive director of the newly reopened Samaritan House homeless shelter. He is working to write policies and continue to secure funding for the facility, as well as to establish community relationships. 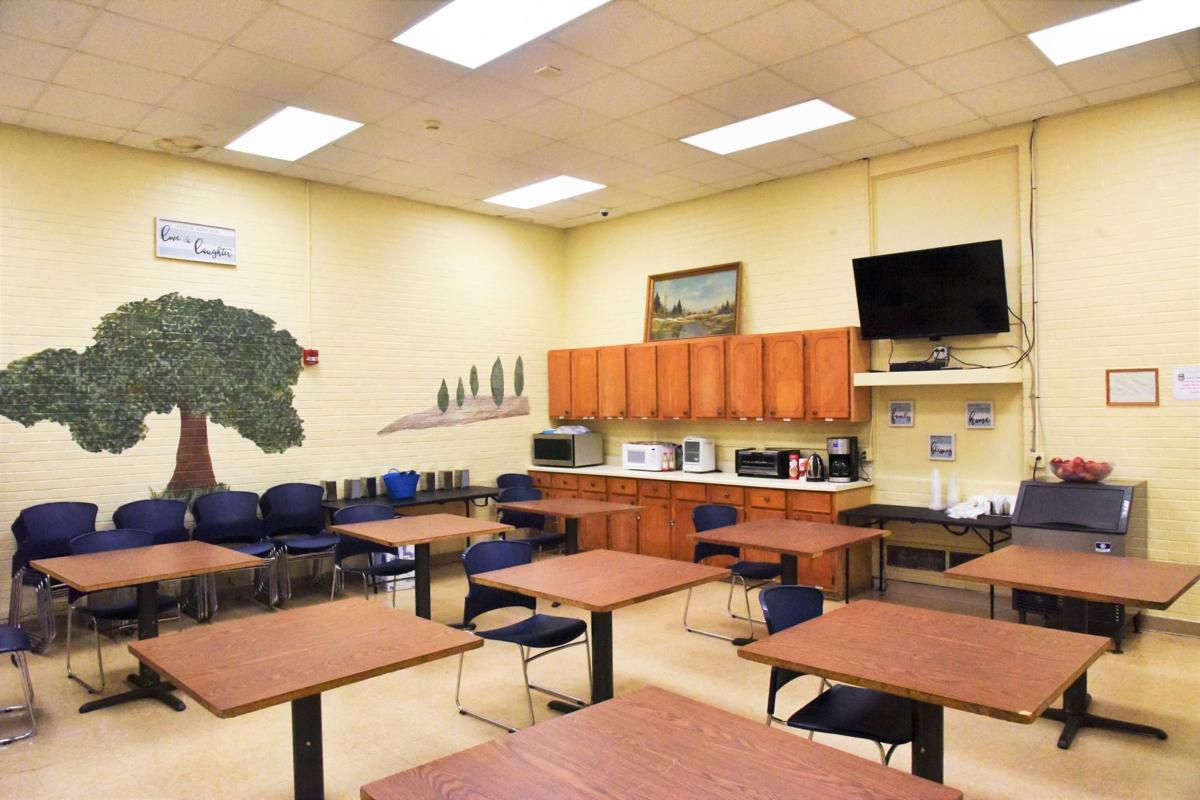 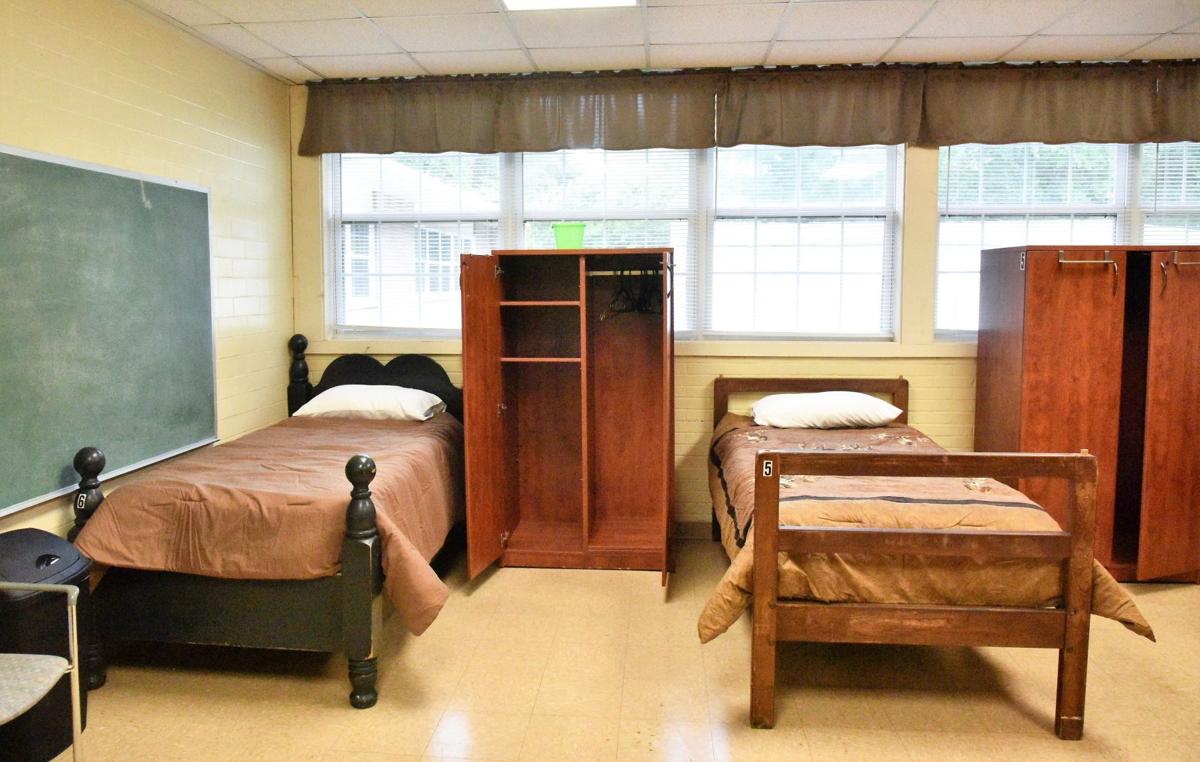 A room for housing men at Samaritan House. 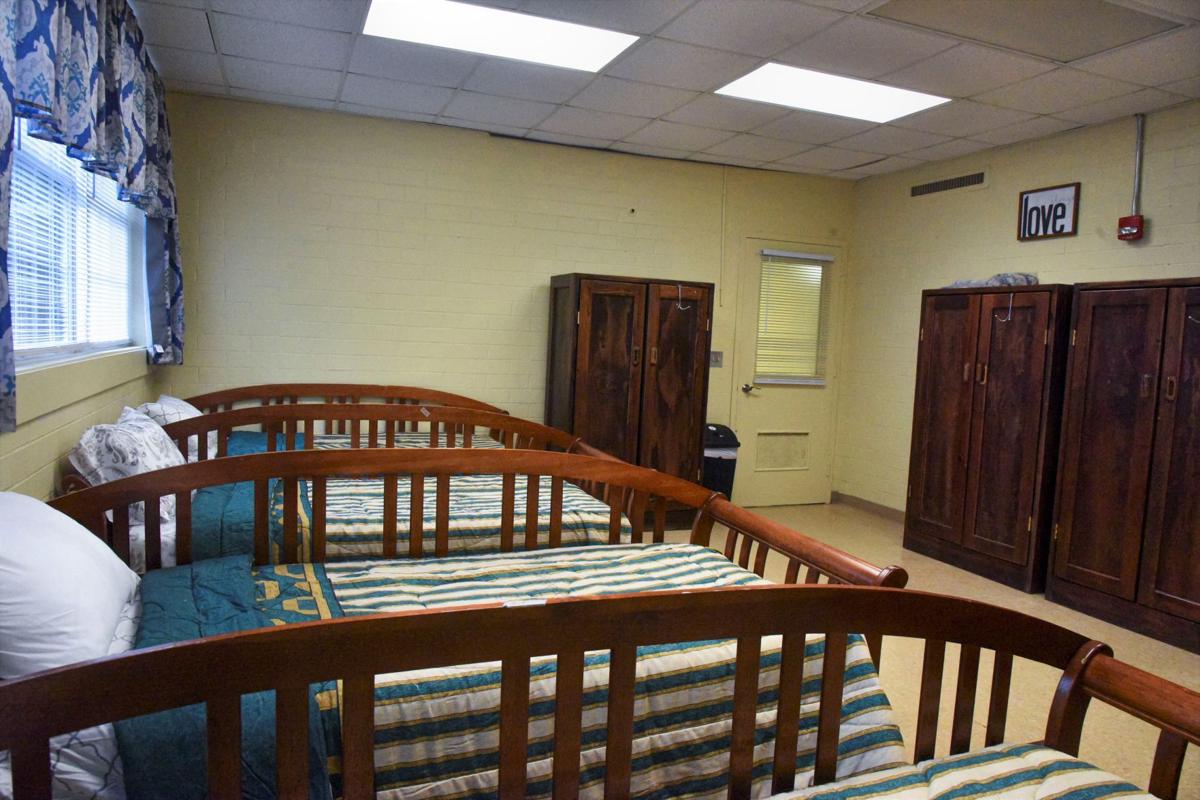 The family room at Samaritan House.

After sitting vacant for four years, the Samaritan House is back in operation serving the Orangeburg community.

Samaritan House board members and many others celebrated the reopening of the homeless transitional facility on Aug. 31.

The reopening was the culmination of over a year’s worth of hard work and fundraising by the board members, local elected officials and the community.

The origin of the Samaritan House dates back nearly 20 years.

“In February 2002, Ms. Ginger Jernigan, she opened the Samaritan House with the help of the faith-based community," said Brenda Jamerson, chair of the Samaritan House Board of Directors. "Also, that year was when they began providing shelter for the homeless. In 2004 they started providing transitional housing through HUD (U.S. Department of Housing and Urban Development) funding.

“It was also in that year when they purchased and renovated the facility where it is now on Middleton Street,” Jamerson said.

After serving the community for 14 years, the Samaritan House ceased operation.

“They closed in ’16. HUD stopped funding facilities for transitional housing, and HUD was the primary source of funding for the facility. So they were unable, it appears, to raise enough funds to keep the facility open,” Jamerson said.

After the facility was vacant for months, work to reopen Samaritan House began. Orangeburg Mayor Michael Butler was the driving force behind the effort.

Butler said he was approached by the former chairman of the board about the need for the facility.

“It sparked my interest. I’ve always been a humanitarian and wanted to help the less fortunate. And so I took a poll of the homeless population around Orangeburg. I saw the men were sleeping in the bushes down there ... on Cannon Bridge Road. I saw people sleeping in the gardens,” Butler said.

“By this time I was doing all of this by myself. I said in order to see how much it would take to open this, so I went up to Columbia to the transitional house up there in Downtown Columbia, and I talked to the director,” Butler said.

Butler said in communication with the director, he was given an estimated cost to bring the facility back to life.

“The director told me based on your population and what you want to do, it will probably take $500,000 to open this up and to get it going,” Butler said.

Butler said he proceeded to conduct research about the building.

“At that particular time, our attorney got involved, which is Jimmy Walsh, and he found all the legalities of the Samaritan House. He found out that it was owned by a trust and it was in foreclosure with First Citizens Bank,” Butler said.

“Then after that, I started raising the money. I pledged the first $5,000, and then other people started pledging,” Butler said.

“Then from that, private donors started giving. When we summed it up, we had gotten a lot of money, so then I formed the board," Butler said. "I asked Brenda Jamerson would she be the chairwoman."

In February 2019, the Samaritan House Board of Directors was formed.

“With the efforts of Mayor Butler, he gathered a bunch of us together and asked if we would serve as the board with the primary focus to raise funds to get the facility open,” Jamerson said.

In their initial meeting, the board was unaware of the task at hand, Jamerson said.

“We accepted right then and there because we were all eager to have that kind of facility, not even giving a thought necessarily how much money it would take to get it going or anything about repairs to the facility,” Jamerson said.

In April 2019, the board took its first visit to the facility.

“It was around April we made our first visit there and were totally shocked to see what we found,” Jamerson said.

Jamerson said the amount of mildew and mold was unbearable. Board members and others were equipped with protective gear to view the deteriorating building.

“I think that’s when the reality set in. And we saw where windows were broken out and things had been stolen. There were papers and stuff all over the floor. I guess people had rummaged through the building as they broke in for various things,” Jamerson said.

Jamerson also noted that the facility-owned truck was stolen.

Fundraising efforts began to pick up. Jamerson said the board began pursuing donations from various government and private entities, as well as citizens and local businesses.

She said he board made it a priority to be transparent about the amount of funds being raised.

“One of the first things we wanted to do in developing our business plan, we wanted to be open and forthright with the community. We wanted to let them know exactly what we were faced with because just in talking with various community persons, you could see there were differing opinions about the need for it, differing opinions to why it was closed, and people were reluctant to give money,” Jamerson said.

The board held a press conference in August 2019 to address the public.

Jamerson said the board met frequently, working to meet the June 2020 goal for reopening Samaritan House.

“Normally boards meet once a month, or once a quarter. But we were meeting once every week. We were meeting every week because we were giving updates, and we were seeing where we were in our financials.”

Jamerson said the organization was not eligible to apply for grants because the facility was not open.

“We really had to rely on people giving,” Jamerson said.

Successful fundraising efforts positioned the organization to begin work on restoring the facility.

Restoration work began, but that soon came to a halt due to the coronavirus pandemic.

“The giving also slowed up, but that didn’t stop us,” Jamerson said.

“The foreclosure had been dismissed, but we were under an obligation as a part of that to reopen the facility, and we couldn’t let it just shut down again,” Jamerson said.

To offset the delays caused by the pandemic, Jamerson said the board implemented a new strategy.

In August, the organization installed nine new board members and also formed several subcommittees that will focus on various areas.

The board also named Henry Miller as executive director of the facility. A full-time case manager and five resident assistants were also hired.

On Aug. 31, the board members along with Mayor Butler held a press conference to mark the official reopening of the facility.

Jamerson said the board has transitioned to acting as a governing board.

Miller said Samaritan House will work to better the lives of its occupants.

“The Samaritan House, we are a homeless shelter to help the homeless population to acquire employment to be able to transition back into the community to be an asset to society,” Miller said.

“When they come in, we do what we call an intake process. With the intake process there’s a series of questions that we’re asking them, as far as where they came from, how long have they been homeless, are they seeking working or working,” Miller said.

Miller said the occupants then have weekly or bi-weekly meetings with the case manager to review their succession plan.

Occupants are placed into three tiers, which include specific criteria and goals that occupants must work toward completing.

“We actually have about nine residents in here now. Range from 20-48 in age,” Miller said.

Miller said he is working to write policies and continue to secure funding for the facility, as well as to establish community relationships.

“As executive director, I have been working on policies and procedures that we have and will be implementing here at the Samaritan House as far as anything from a safety standpoint. When it comes to fire policy, we’ve got pest-control policies, we have a policy when it comes to bed bugs,” Miller said.

“One other thing I’m doing is going out in the community and building relationships with different industries that will help possibly give these folks an interview for a job,” Miller said.

Butler said he is excited to know the facility is now serving the community.

“The work that was done was outstanding, and to see all of that come together, my heart was just racing. I was excited to know that we completed this facility, we brought it up to standard, and now we can house people that are less fortunate,” Butler said.

Senior royals walk in the Duke of Edinburgh's funeral procession

There has been an outpouring of community support for the newly reopened Samaritan House and, for that, they are thankful, Director Henry Mill…

Brenda Jamerson has been amazed at how much support a vision to keep homeless people off the street has received. It was one which has culmina…

Henry Miller is executive director of the newly reopened Samaritan House homeless shelter. He is working to write policies and continue to secure funding for the facility, as well as to establish community relationships.

A room for housing men at Samaritan House.

The family room at Samaritan House.