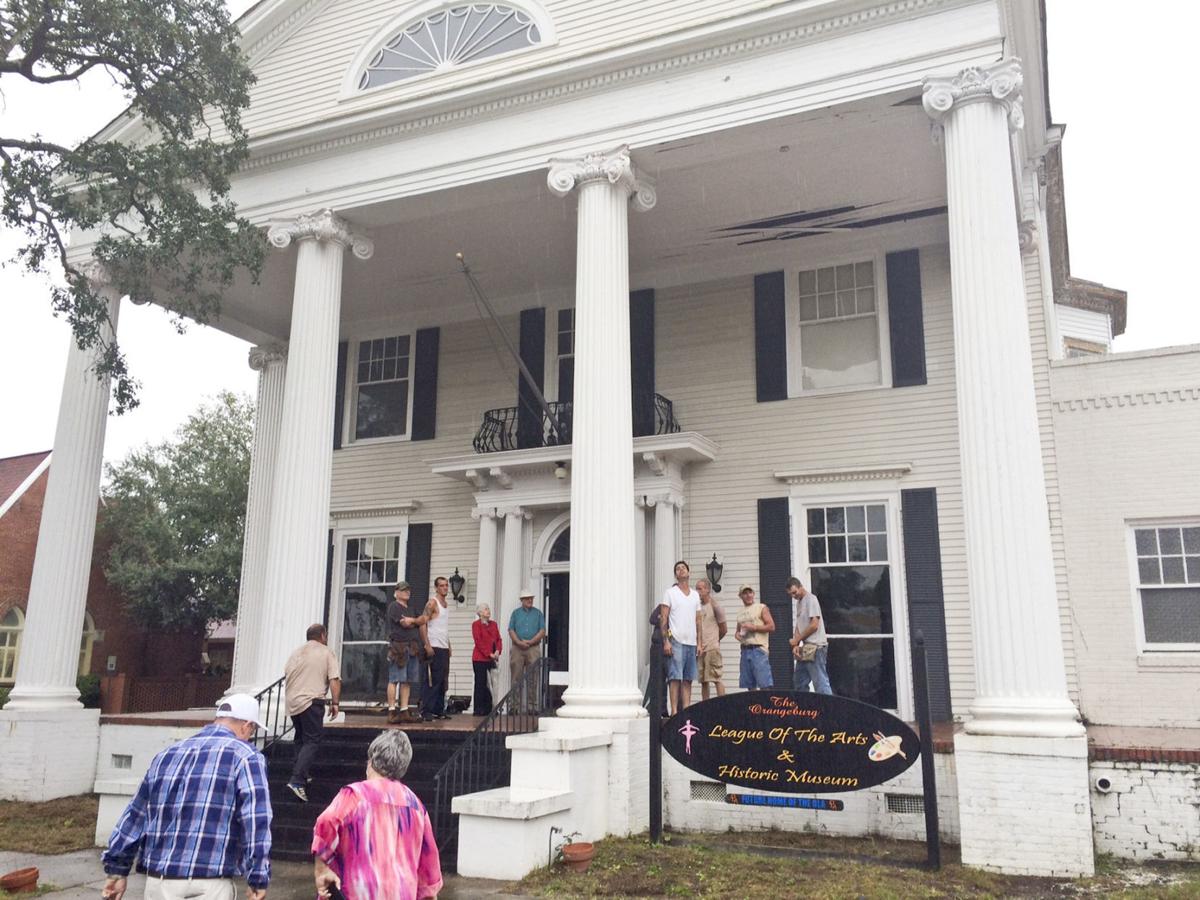 The Orangeburg League of the Arts is looking to restore the former Dukes-Harley Funeral home on Russell Street to its former glory. The OLA envisions the building housing an art gallery, antiques as well as serving as a place for weddings and receptions. 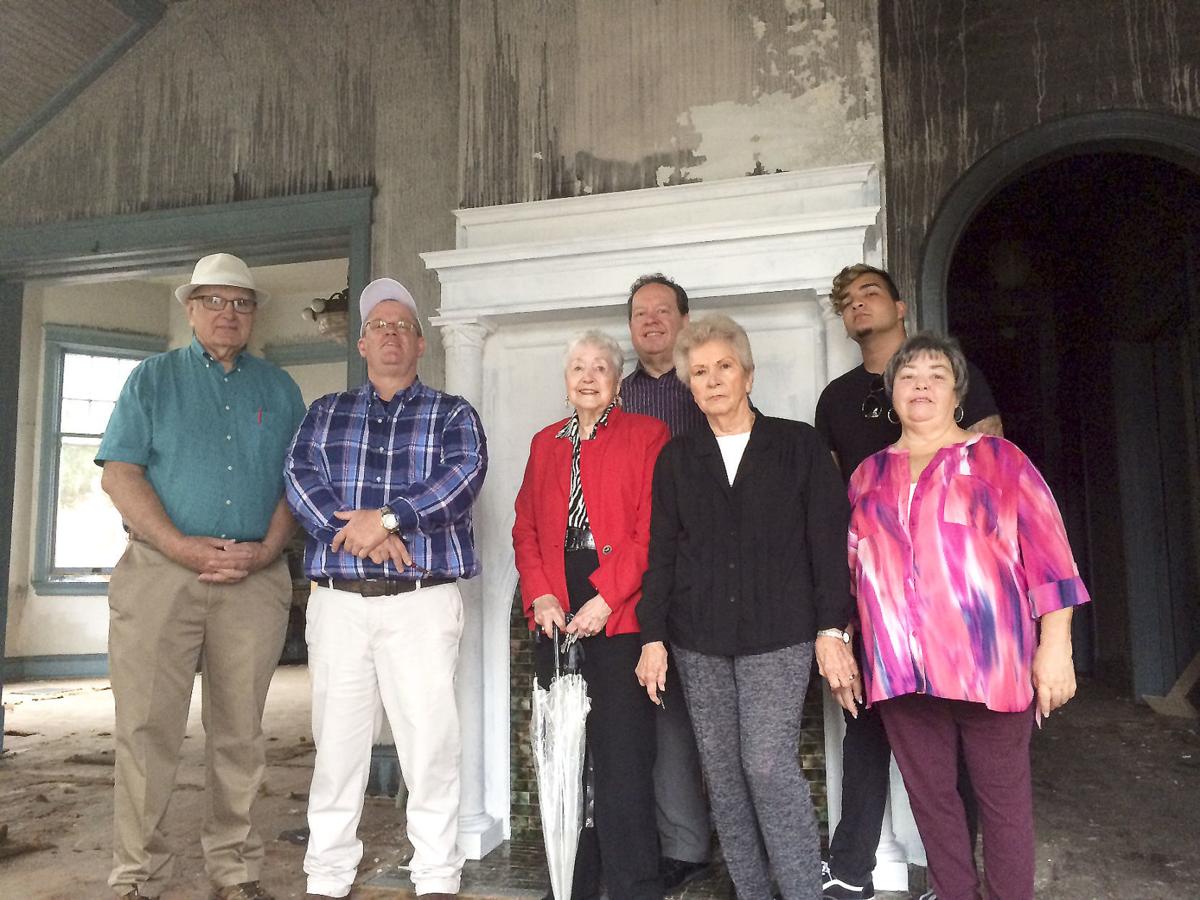 The Orangeburg League of the Arts has an ambitious vision for the former Dukes-Harley Funeral Home on Russell Street.

The president says it could become a one-stop arts center.

"You can visualize this -- how beautiful this place will be. This will look a whole lot different,” OLA President Alva J. Leviner said.

The league would like to see it used for a variety of things, including an art and antique gallery, frame shop, a wedding chapel, dance studio, place for art instruction classes and event venue.

The sound of hammers echoed through the 123-year-old building on Tuesday as restoration work began in a back room. A hole in the floor was covered with plywood to prevent someone from falling through.

Remnants of the fire which gutted the building 20 years ago are still very much visible.

The group was given the building in April 2016. Since then, a new roof has been placed on it and the building has been cleaned out.

"This is a historical building and it is a beautiful building," Leviner said. "Whenever we get it restored like it is supposed to be, we are going to be able to have an exhibit in here and people who have not had a place to exhibit their art will be able to do it."

Much work still needs to be done and more money needs to be raised in order to return the building to its former glory, but Orangeburg contractor Ken Robinson of Robinson's Restoration is optimistic the project can be done by Christmas.

"Right now we are working on getting funding for it," he said.

It will take an estimated $250,000 to $500,000 to make the main structural improvements, such as rebuilding a rear portion of the home, making roof repairs, cleaning carpets and drapes that suffered heavy smoke damage, cleaning the walls of the building and restoring damaged floors.

"We are running into a lot of stuff when we get into that roof up there," Robinson said. "There is a lot of damage from burns and rotting and all kinds of stuff."

Robinson said in fact the restoration is most likely to be a $1 million to $1.5 million project, but will be done for a reduced cost.

He said his restoration company will allocate a percentage of funds received from contract work toward a foundation set up by Orangeburg's Impact Church. The church, located on Neeses Highway, set up the Impact Foundation to help restore the Orangeburg area.

Robinson is a member of Impact Church.

“It is all about lifting the entire Orangeburg area positively,” Howard said.

Rick Watts said. "It is not about a church but it is about the people of this community, of this city and of this county.”

"Orangeburg is a great place," Watts said. "There are a lot of words that are associated with the word of Orangeburg and we want to make the vision of Orangeburg come to life in people's lives."

Vivian Porter Hutto, the wife former building owner A.J. Hutto, said she was “tickled to death” about the League of Arts desire to restore the building. Hutto has helped fund the new roof of the building, which will be reimbursed to her when enough funds are raised.

Hutto said about 200 letters have been sent out to request funds and about $2,000 has been raised so far.

"This is going to be a wonderful place for the city of Orangeburg," Hutto said.

She noted the restoration could fit in with plans to improve Railroad Corner and place a library in the former Piggly Wiggly across the street.

The Greek revival mansion, constructed in 1904, was the home of cotton merchant W.S. Lining.

Dukes-Harley Funeral Home moved into the Russell Street building in 1936 and it continued to operate there for more than 60 years. In 1980, A.J. Hutto purchased the business.

Fire gutted the structure in 1999. A new funeral home was built on Columbia Road.

The Russell Street building was condemned in 2005. Hutto spent a little over $12,000 improving the exterior, including painting it.

The building had been on the market for about 10 years at the appraised price for the land of $225,000. Though there had been interest in the property, there were no serious offers before the building was given to the league.

Leviner says the OLA has gone to Claflin University for assistance in writing a grant.

The league is also looking for donations of antiques to furnish the building. Donors will be recognized with a plaque.

Downtown building being renovated; future plans could include office space

His is story of success in 2 careers

So many in Orangeburg and surroundings came to know A.J. Hutto during their time of need. As owner and operator of Dukes-Harley Funeral, follo…

DID YOU SEE? City of Orangeburg buys Railroad Corner property

The City of Orangeburg is buying five more properties on Railroad Corner.

The Orangeburg League of the Arts is looking to restore the former Dukes-Harley Funeral home on Russell Street to its former glory. The OLA envisions the building housing an art gallery, antiques as well as serving as a place for weddings and receptions.