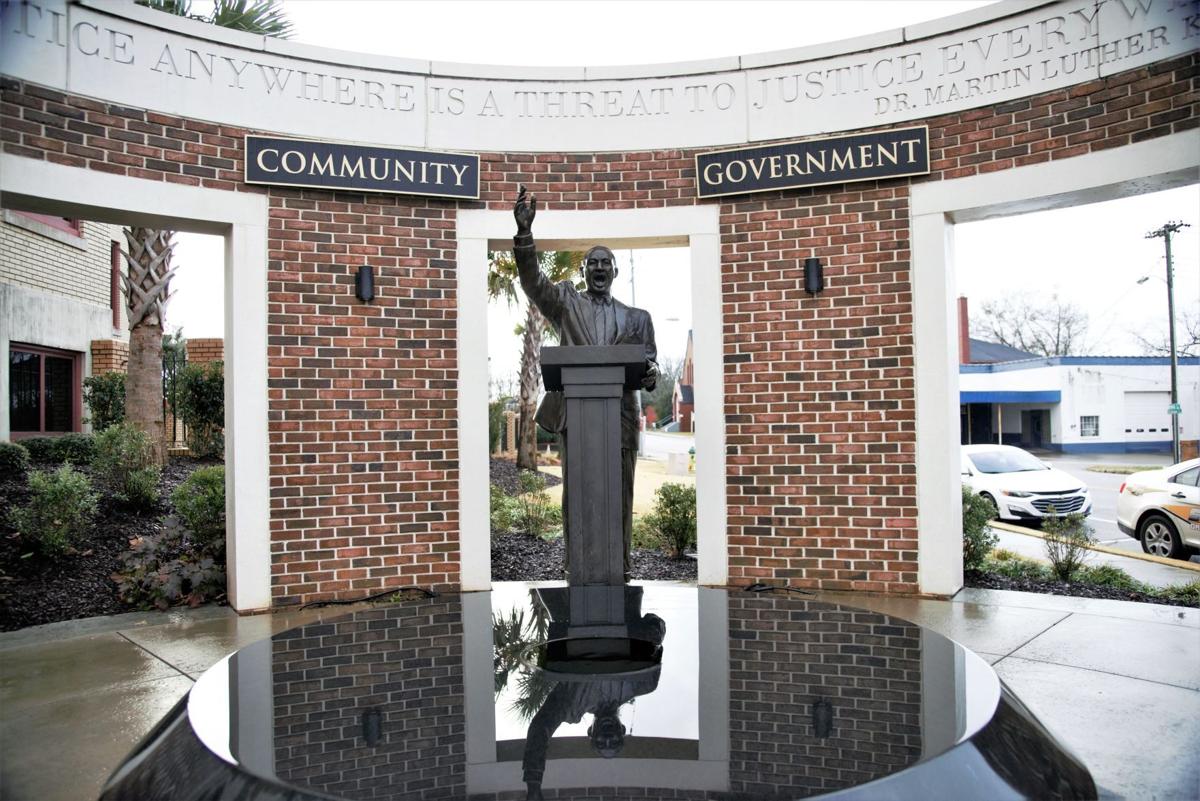 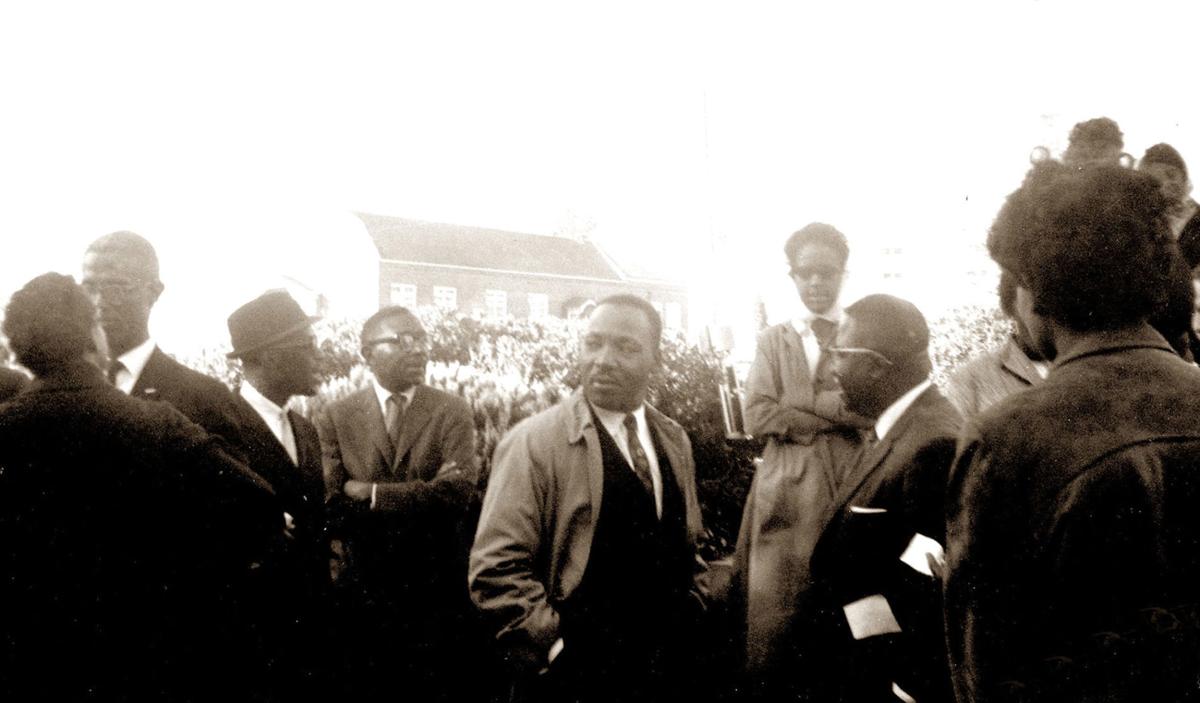 Civil rights icon the Rev. Dr. Martin Luther King Jr. is pictured in front of the bandstand on the Claflin campus, where he addressed a small group of students, faculty and members of the Orangeburg Branch of the NAACP. King visited Orangeburg during the late 1950s and early 1960s.

For all the fame he achieved during his lifetime, the Rev. Dr. Martin Luther King Jr. didn't forget the importance of communities like Orangeburg to the civil rights movement.

In fact, he helped personally energize the movement here at a time when its hopes were at an all-time low.

"It was 1964, or thereabout. Orangeburg was in the thralls of the movement, picketing, boycotting and demonstrating for equal rights," Jim Sulton said.

Tension was high, especially between local college students and the police, and many demonstrators had been arrested, including Sulton, who was only 14.

"My father (James Sulton) was the treasurer for the NAACP, and it was his responsibility to facilitate the release of the students from jail," he said.

The money was drying up and the movement was in the doldrums. There was a sense of burden, frustration and depression in the African-American community, according to Sulton.

Voorhees MLK speaker explains how students can aid in change

"We needed something almost supernatural to lift people's spirits, and it came in the form of Dr. Martin Luther King coming to Orangeburg to give a speech at Trinity United Methodist Church," he said.

While he was waiting to deliver his speech, King stayed at the Sulton house. When King arrived, the 14-year-old Sulton was playing baseball in the backyard with friends.

"Daddy came and pulled me out of the game, which I never appreciated," he said. "I walked through the house and Dr. King was sitting in the den. Daddy introduced me, and I was awestruck for a minute. This was a place that not many people got to go."

King rested at the Sulton home that afternoon and spoke at Trinity that night.

"He gave a speech that turned our world around," Sulton said. "This orator, who never had an equal ... uplifted our spirits ... and made people believe anything was possible."

King also reassured them that theirs was a righteous cause. He reinforced the importance of nonviolence and energized them in a way that no one else ever could, Sulton said.

"When he left, the outlook had changed completely. The marches, the picketing, the boycotts and demonstrations resumed with more zeal than they had ever had before," he said.

Several other Orangeburg residents came to know King personally during the late 1950s and early '60s and were personally inspired by him.

King came to Orangeburg at least twice and made speeches that inspired students at Claflin and South Carolina State to get involved in the movement, according to Williams.

King had all the abilities that a great leader should have, Williams said.

"He was a very eloquent speaker, who related to the masses. He was able to sum up ... what we all felt in our hearts about what was happening and what we needed to aspire to," Williams said.

Few people realize that King came to Orangeburg to consult with local leaders like James Sulton and the Rev. Matthew McCollom, who preached at Trinity, Williams said. These men were unsung heroes of the civil rights movement, he said.

Orangeburg City Councilwoman Liz Zimmerman Keitt also met King when he spoke at Claflin. She took part in a number of civil rights marches with him across the South.

King was a spiritual man with a strong sense of justice, she said.

"He told us to always stand up for what was right, and I remember that just like it was today," she said. "He said to believe in what's right, not because of the number of people, but because of what God tells you to do. He told us to be nonviolent and never, ever get angry.

He also tried to get the message across that life is not good until everyone has a good life, she said.

"He taught us to be involved. His belief was that you can't say you have a good life if your neighbor is suffering," Keitt said. "Every time we marched, these were the things that were being told to us - to be nonviolent and to never, never get angry."

Keitt says that if King were here today, he'd be involved.

"We have not fulfilled the dream he had for us," she said. "In his grave, he's probably standing up on his head."

He would be very dissatisfied with single-parent homes and that children aren't being taught to behave with integrity. He'd also be displeased with the way lawmakers continue to cut funding for education, she said.

"If he were here today, he'd say, ‘Get up and get involved. Injustice still exists,'" Keitt said.

Continue Dr. King’s legacy, mayor says: Gainey: ‘Don’t give up, and don’t give in’

Civil rights icon the Rev. Dr. Martin Luther King Jr. is pictured in front of the bandstand on the Claflin campus, where he addressed a small group of students, faculty and members of the Orangeburg Branch of the NAACP. King visited Orangeburg during the late 1950s and early 1960s.