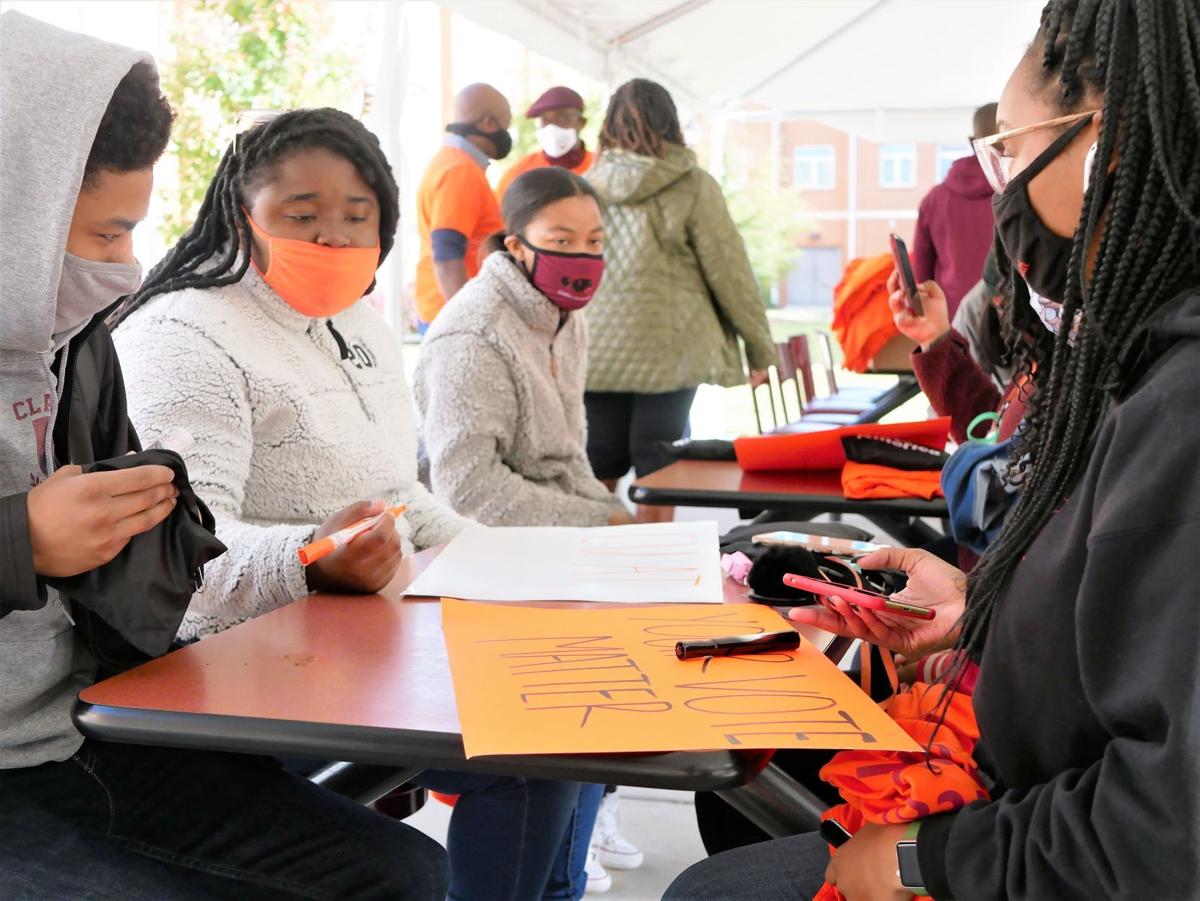 Claflin freshmen prepare posters for the march from their campus to the polling place on the S.C. State campus. 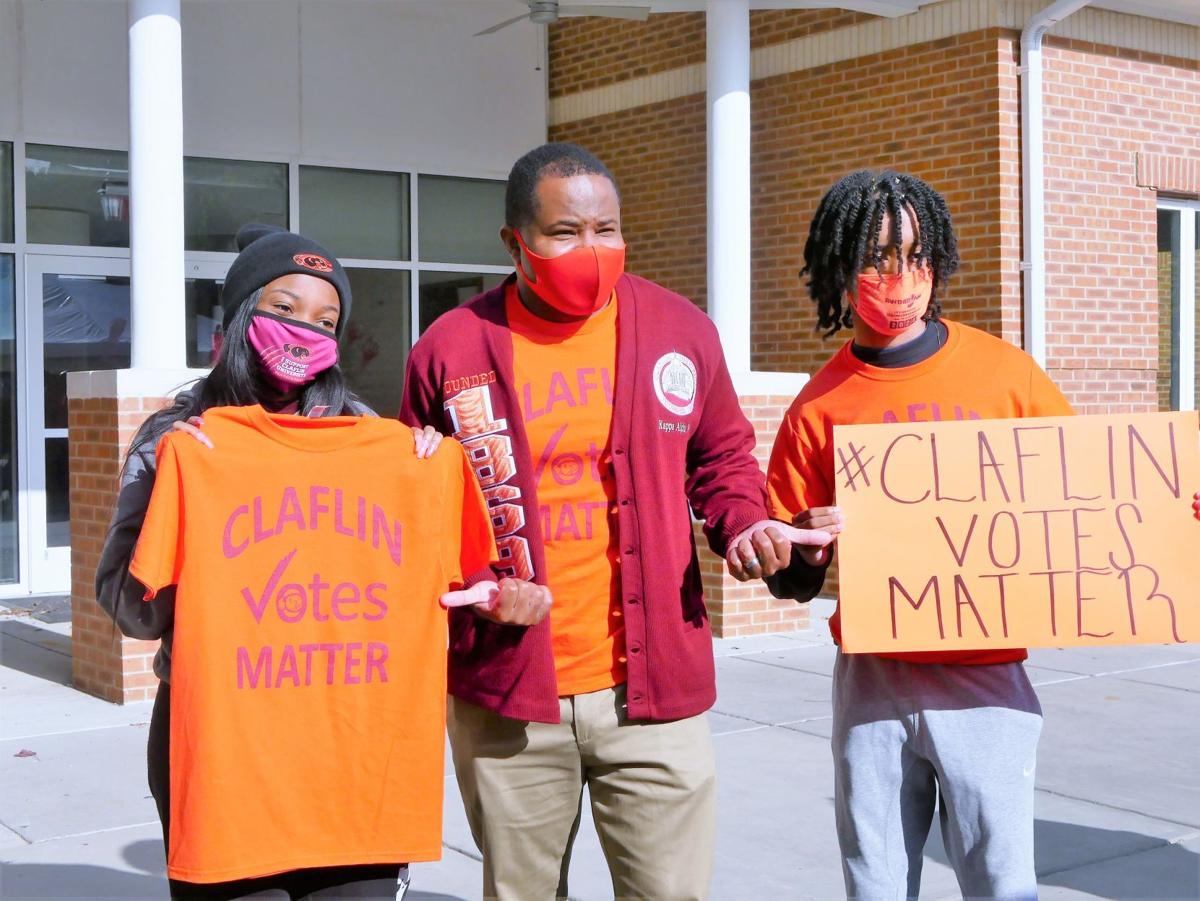 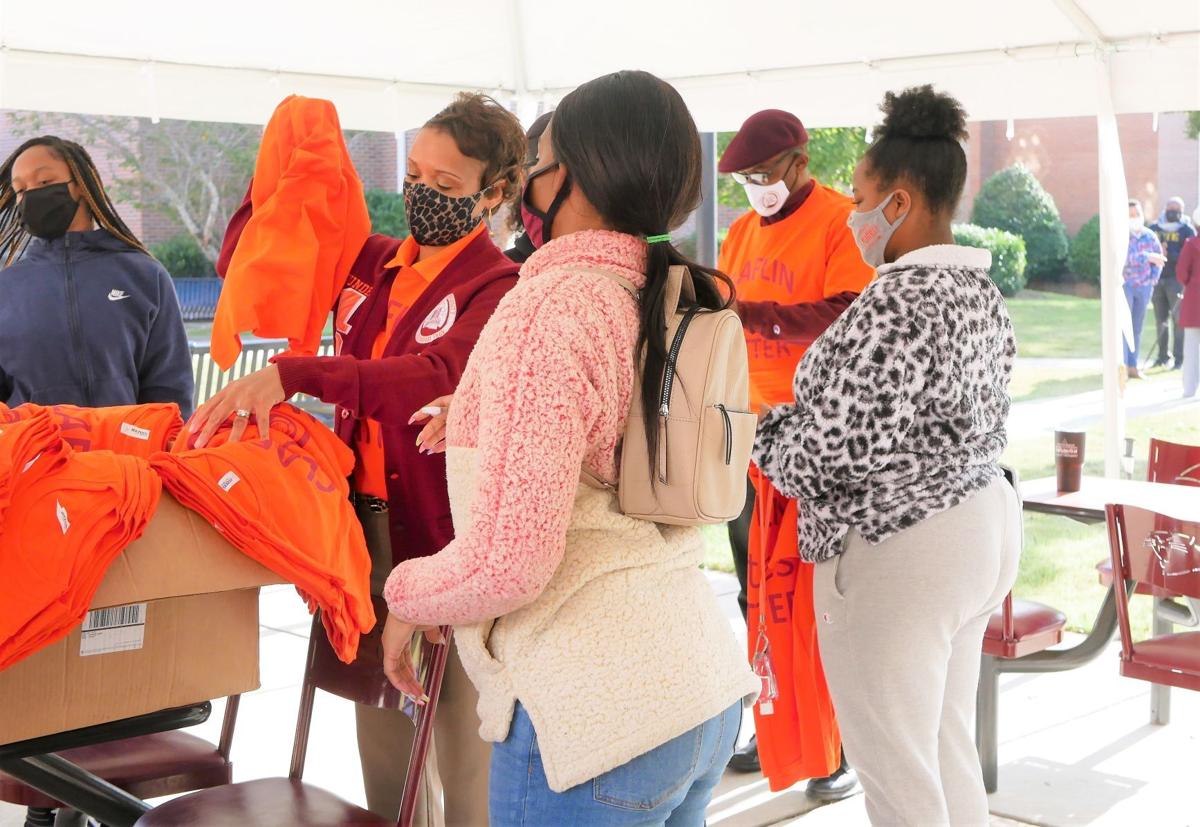 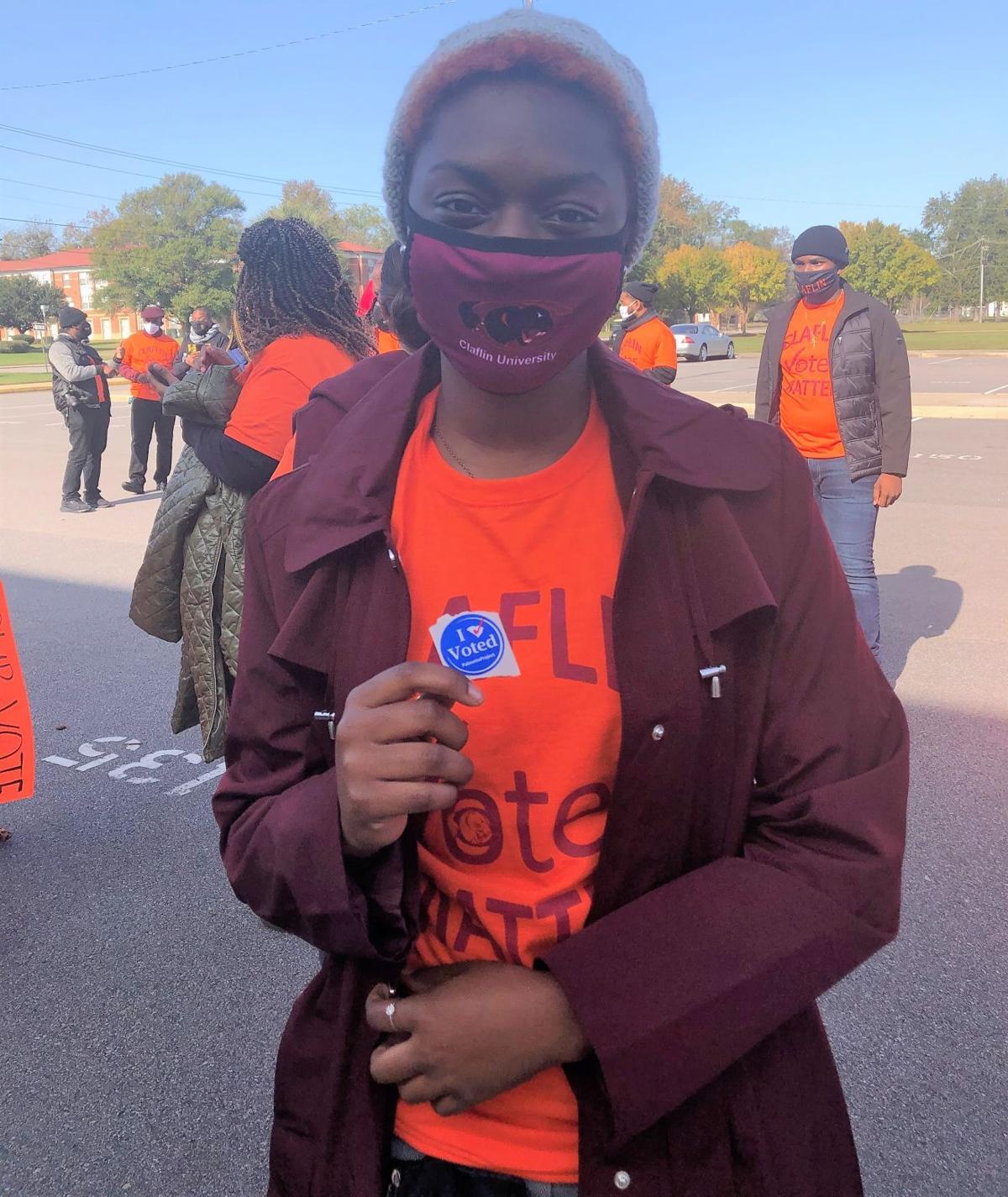 First-time voter Jasmyn Hudson returns from voting with her sticker.

THALIA BUTTS Special to The T&D

Claflin University President Dr. Dwaun Warmack and his family led the group of nearly 30 people down Goff Avenue at 10 a.m. to the polling site inside the Smith-Hammond-Middleton Memorial Center.

“It’s very important that our students exercise their right to vote. As a historically Black college or university, the oldest in the state of South Carolina, we have a civic and a moral responsibility to have our students engaged in the process,” Warmack said.

Equipped with student-made posters and “Claflin Votes Matter” T-shirts, the group chanted while walking to the polls, showing vocal support for this campus event.

VOTING: WHAT YOU NEED TO KNOW

“It’s something different. I wanted to be a part of something and since it’s my freshmen year, I want people to know that they should want their voices to be heard and this is the start right here,” said Makayla Powe, a freshman from Charleston.

“This is something new. And that’s why I specifically chose Claflin because they always bring something new to the table,” Powe said.

With a majority-freshman crowd, some students in attendance were not old enough to vote on Tuesday. 17-year-old Vontaesha Jackson used the opportunity to support the push to vote, even though she cannot as yet.

“Even though I can’t vote, I really think everyone else should vote because people are 18 and still don’t vote,” Jackson said. “Being around people who can vote makes you really want to go vote, but you just have to stay positive to the situation. You can’t be down because you can’t vote, you just have to support your friends who did vote.”

Out of the 30-plus crowd, two students and one staff member voted and were celebrated vigorously after returning with their “I voted” stickers.

Though the number of students on campus who had access to this event was certainly smaller due to the pandemic, Student Government Association President Marquel Sanders wanted to ensure that students off-campus still engaged in the elections.

“My words to off-campus students is go out to the polls and vote," Sanders said. "This is the most critical election. Your voice and your vote matter.”

Perhaps it was happenstance that Linda Hill arrived at Claflin University more than 40 years ago to begin her career as a college professor.

You can now live in this Christmas-crammed mansion in NJ

You can now live in this Christmas-crammed mansion in NJ

These meal options will make your Thanksgiving easier

These meal options will make your Thanksgiving easier

Claflin freshmen prepare posters for the march from their campus to the polling place on the S.C. State campus.

First-time voter Jasmyn Hudson returns from voting with her sticker.