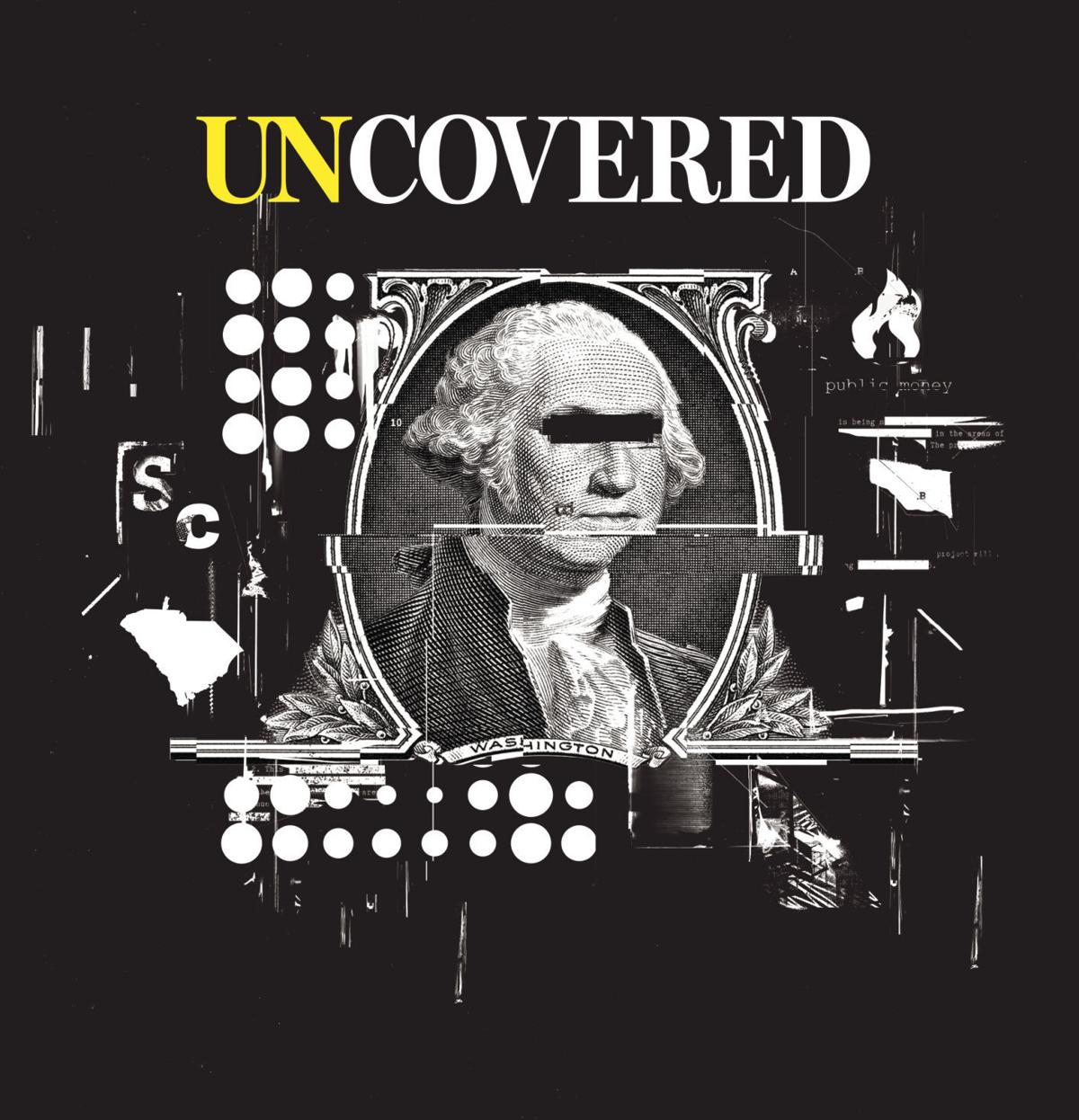 The Post and Courier of Charleston has launched “Uncovered,” a project to cast new light on questionable government conduct, especially in smaller towns. The Charleston newspaper is working with local newspapers such as The Times and Democrat, leveraging The Post and Courier’s investigative resources with reporters who know their locales. Findings will be published simultaneously. For more on the project, visit https://www.postandcourier.com/uncovered/ 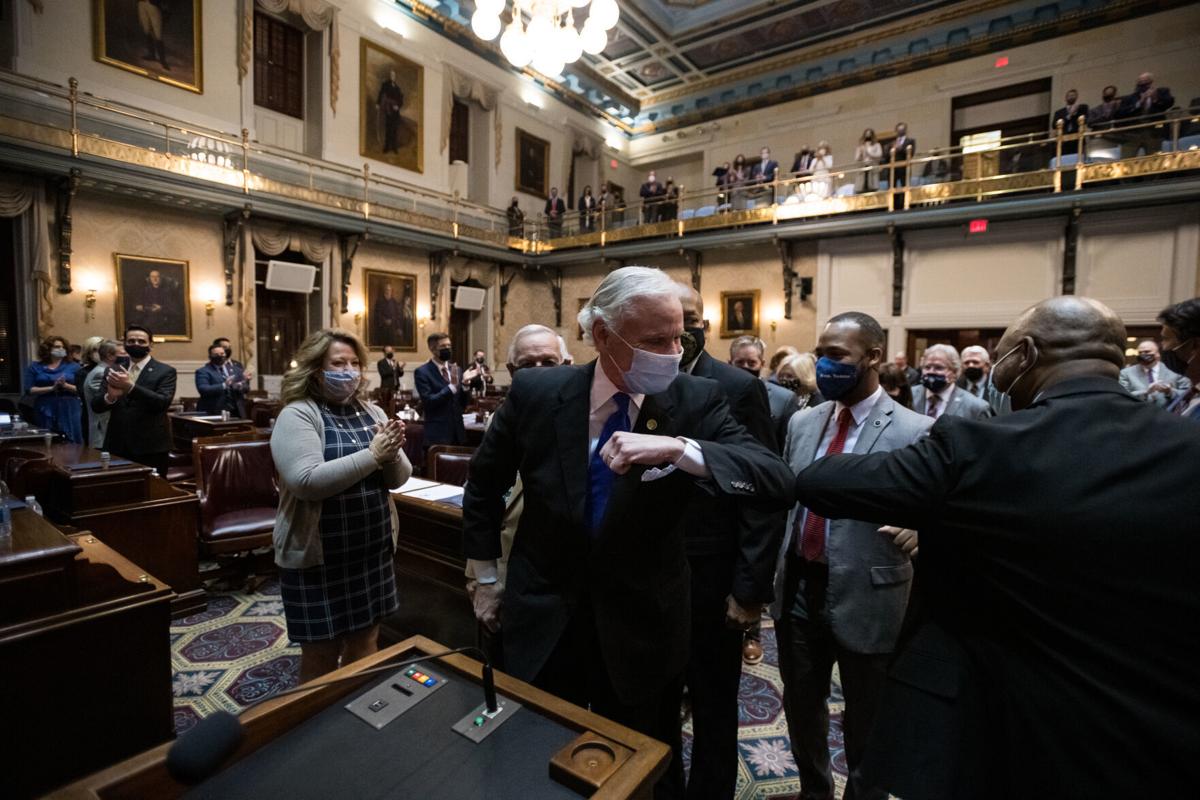 S.C. Gov. Henry McMaster delivers the State of the State address at the Statehouse in Columbia on Jan. 1, 2021.

COLUMBIA — With time running out on their 2021 calendar, South Carolina lawmakers have made little progress toward closing ethics loopholes for big-spending special government district leaders. Nor have they given the state’s top law enforcement agency the money it says it needs to better investigate public corruption.

But influential legislators say they remain committed to tackling those concerns, which were highlighted earlier this year in The Post and Courier’s Uncovered series, a yearlong project with community newspapers aimed at unearthing corruption and abuses of power in small-town South Carolina.

Some of the fixes, like bolstering the State Law Enforcement Division’s crime-fighting budget, are still achievable before the Legislature adjourns for the year this summer — even amid a legislative session dominated by guns, abortion and how to classify transgender student athletes.

Other efforts, like substantially reforming the hundreds of special government districts that spend taxpayer money with scant oversight, likely will bleed into 2022, the second half of the General Assembly’s two-year session.

The Post and Courier of Charleston has launched “Uncovered,” a project to cast new light on questionable government conduct, especially in sma…

Gov. Henry McMaster and influential lawmakers have called for these changes since shortly after the newspaper published its first installment of Uncovered on Feb. 14. That story showcased how unethical and illegal behavior by public officials has flourished throughout South Carolina as news outlets have closed or laid off reporters and law enforcement has paid less attention.

The newspaper highlighted how the leaders of South Carolina’s little-watched natural gas authorities spent hundreds of thousands of public dollars treating themselves to excursions that featured winery tours, glass-blowing lessons and zip-line rides.

Days later, several senators proposed requiring special district commissioners, including those gas authority leaders, to publicly disclose more about their spending for the public to see.

But that bill has languished in the Senate Judiciary Committee, where it hasn’t been taken up for debate.

The bill’s sponsors blame the slow-moving committee for the delay. Judiciary Committee Chairman Luke Rankin, a Myrtle Beach Republican, said he too supports S. 548, but its sponsors hadn’t pushed him to fast-track it.

Either way, the proposal now has missed “crossover,” the General Assembly’s April 10 deadline for bills to pass either the House or the Senate. That means it faces a tougher road to passage this year.

All sides agree the bill should get a Senate hearing soon and could pass the chamber by the end of the year. But after missing crossover, it would need widespread approval in the House of Representatives in order to become law this year. Typically, only noncontroversial bills survive missing the crossover deadline.

“Transparency and accountability for ratepayers and taxpayers has to be among the highest priorities for the General Assembly,” said state Sen. Wes Climer, a Rock Hill Republican who sponsored the bill. “This particular legislation is low-hanging fruit. This is an obvious problem that has an obvious solution.”

The Uncovered series also exposed how SLED, the state’s top crime-fighting agency, needs more help pursuing white-collar offenses and public corruption cases. The agency has investigated some 1,443 cases of government misconduct over the past decade but lacks a single forensic auditor or white-collar crime unit.

That means all of its agents share the responsibility of working those cases, often while juggling investigations into drug trafficking, violent crime, arsons and police-involved shootings.

SLED Chief Mark Keel asked state lawmakers to set aside $159,000 in next year’s $9 billion budget so his agency can hire an agent who specializes in financial crimes. But House budget writers didn’t include the money in its first draft of the budget.

House budget committee chairman Murrell Smith said the coronavirus pandemic limited what lawmakers could spend. The House believed it had $189 million to spend and dedicated it all to pay raises for teachers and law enforcement, the Sumter Republican said.

The Post and Courier of Charleston has launched “Uncovered,” a project to cast new light on questionable government conduct, especially in sma…

But lawmakers received good news on April 8. State budget analysts found the S.C. economy had outperformed projections over the past year, meaning lawmakers will have nearly $386 million more in recurring funds to spend in next year’s budget.

That means lawmakers will take another look at SLED’s request before finalizing their second draft of the budget, Smith said.

“This is absolutely an unusual type of budget scenario,” he said.

The Senate also gets a say. And Spartanburg Republican Shane Martin, who leads the Senate Finance Committee panel that decides SLED’s budget, said he will fight to help SLED with the request.

“I do think it’s a good initiative, and I know Chief Keel to be fiscally responsible,” Martin said. “If he says it’ll help him, then I believe him.”

Meanwhile, Upstate legislators are embarking on their own effort to bring more accountability to special government districts after reading a Feb. 28 Uncovered installment on abuses of power at a Simpsonville fire department.

The story revealed a trove of scandals at Clear Spring Fire District in Greenville County, where top officials were accused of showering themselves with costly benefits, wasting public money on lavish parties, interfering in fire department operations, tripling the pay of a commissioner’s spouse and retaliating against whistleblowers.

In response, Greenville-area lawmakers are working with Greenville County Councilman Lynn Ballard, who has studied special districts for years, to start a task force. They hope to ensure the problems at Clear Spring don’t happen somewhere else.

The group could assess whether additional screening is needed for special district commissioners, many of whom are elected without background checks in contests that draw only a few dozen voters. It also could delve into more difficult questions, such as whether some of these tiny districts should continue to exist at all.

“This is something that’s long overdue to be talked about,” Ballard said, noting those talks won’t be easy. “You’ve got to go in for the long game because it’s not going to be solved quickly.”

State Rep. Bruce Bannister, one of the organizers, said it will be important to give special purpose district leaders a seat at the table.

District officials, especially fire department chiefs, have tremendous political sway in their local communities, Bannister said. They also can draw from decades of experience about what aspects of special districts are worth saving, and which can be improved, he said.

Getting them on board early in the process will help ensure they don't wind up fighting the reform effort at the Statehouse, Bannister said.

“We want to make sure we’re not messing up a system that is working for them,” Bannister said. “We want the good ones involved, so they have some buy-in and don’t make a political mess out of it.”

JAMES ISLAND — A conflict of interest involving a floating oyster farm in a popular creek has spawned hard questions about government secrecy,…

This story by Tony Bartelme of The Post and Courier in Charleston was done in collaboration with The Index-Journal of Greenwood, an Uncovered …

The Post and Courier of Charleston has launched “Uncovered,” a project to cast new light on questionable government conduct, especially in smaller towns. The Charleston newspaper is working with local newspapers such as The Times and Democrat, leveraging The Post and Courier’s investigative resources with reporters who know their locales. Findings will be published simultaneously. For more on the project, visit https://www.postandcourier.com/uncovered/

S.C. Gov. Henry McMaster delivers the State of the State address at the Statehouse in Columbia on Jan. 1, 2021.