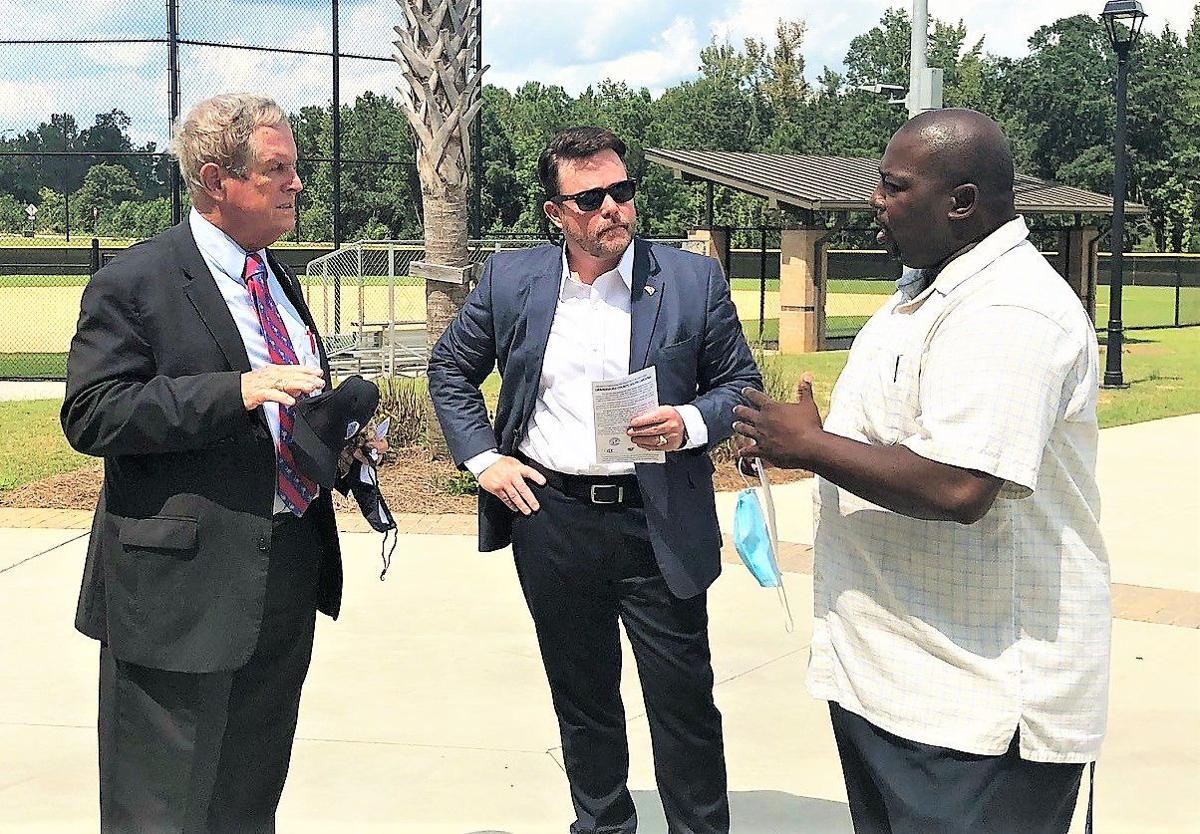 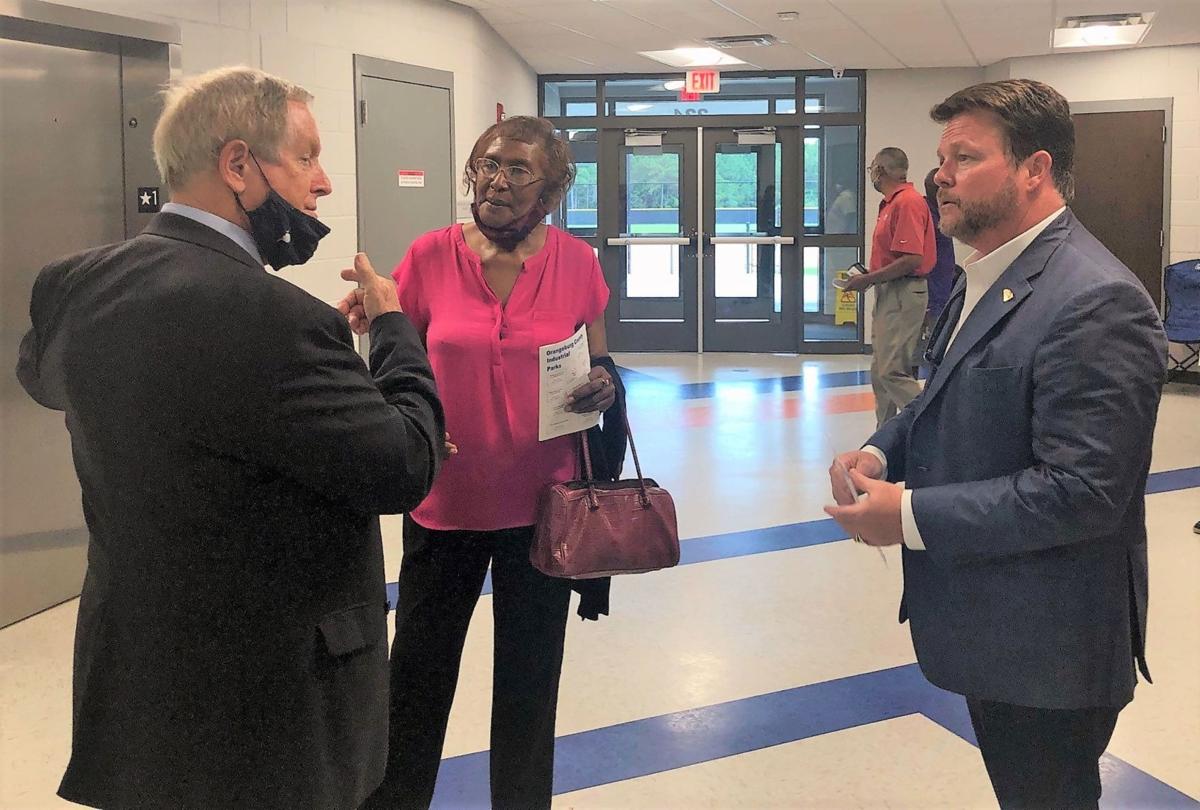 Second District Congressman Joe Wilson expressed excitement and optimism about Orangeburg County’s growth after visiting two of its newest developments as part of his 2021 Annual Bus Tour on Thursday.

The 22,934-square-foot clinic, which is expected to be complete this fall, sits on 5.3 acres. It is projected to be an investment of nearly $14 million with a mission to care for the county’s growing veteran population.

Officially opened on Dec. 4, 2019, the recreation complex is a nearly $20 million investment that sits on 100 acres and houses nine ball fields, a walking trail, green space, two concession areas and restroom facilities. Conference rooms, office space and press boxes are among its other amenities.

“This is fabulous,” Wilson said as he made his way into the complex’s entrance.

EDITORIAL: Winning the battles but losing the war

“I’m honored to be here in the Orangeburg community ... (6 District) Congressman (Jim) Clyburn and I are grateful that we get to share Orangeburg County,” Wilson said, noting that he and Clyburn have teamed up on different initiatives to benefit the county’s growth and development.

“Before I was elected to Congress, I supported his initiatives for the inland port to be located near Holly Hill ... different transportation initiatives that he and I have worked on. ... I’m grateful that significant funding is on the way relative to the expansion of broadband. So these are issues that we’ve worked together. I’m just humbled to present this community and think so positively of Orangeburg,” he said.

While media access was limited during Wilson’s tour of the veteran complex, he was warmly greeted by city and county officials at the recreation complex, including Orangeburg District 5 City Councilwoman Liz Zimmerman Keitt; Orangeburg County Development Commission Executive Director Gregg Robinson; Holly Hill Mayor William Johnson; Shawn Taylor, superintendent of recreation for the City of Orangeburg, and Shaniqua Simmons, the city’s director of parks and recreation.

COMMENTARY - Afghanistan: What my visits taught me

“We are excited to bring sports tourism to the City of Orangeburg,” Simmons said, citing the need to make the city a destination, not just a pass-through.

Taylor said, “We’re just glad to have our elected officials thinking of us and to look at our progress. It’s a wonderful thing that they can come down to see the progress and know that our efforts in improving the quality of life is something that’s important to us.”

He said there was an effort to make the city and county a place to live, work and play.

Johnson said, “This complex is something. I’ve been over to see it before, but this is something. This is really a space for Orangeburg County kids as we try to come out of the pandemic. We’ve got some space for these kids to come back in.”

Wilson expressed concern about what he considered the lack of careful consideration in the withdrawal of American troops from Afghanistan, where the Taliban regained governmental control.

Strategic incompetence in the fall of Afghanistan

The congressman said the U.S. should have maintained a presence in Afghanistan.

“America has been very successful in maintaining a presence around the world, whether it be Japan, Germany, Korea, Spain or Kosovo. It doesn’t need to be a large presence, but it provides the stability for the local population to control their lives and create very modern, dynamic societies,” he said.

Wilson continued, “What’s occurred now is a mass murder of women because they will be beheaded, particularly teachers. They (the Taliban) have a really bizarre view of the world, and part of it is that women should not be teaching each other how to read. And then another concern is that the children are being sold as brides.”

The congressman said it is even more serious that Afghanistan will likely become for terrorists “a safe haven to again attack the United States.”

“I appreciate so much that our military has protected us for 20 years, but 20 years ago there was an attack on America with 3,000 Americans murdered from a cave in Afghanistan. So we should have learned from that to make sure that there could not be future attacks from Afghanistan. That was the reason we were there, so that wouldn’t occur again,” Wilson said.

The congressman also weighed in on the Senate passing both a $1 trillion bipartisan infrastructure bill and a budget resolution that paves the way for Democrats’ $3.5 trillion spending package, which includes funds for social and environmental programs.

Wilson said both bills have a good chance of getting through Congress, something that has him very concerned.

“I’m very concerned by how large they are. By being trillions of dollars, the consequence of that is inflation. We already have the highest rate of inflation in 20 years. In fact, sadly, inflation is outpacing income. And then we see the cost of gasoline has gone up 41.78% in the last year. Over and over again, we’ve got other basic necessities that inflation is taking hold (of),” he said.

Wilson continued, “By borrowing so much money, I think it is not in the immediate interest, but then I’m also concerned for the young people of America. They will be absorbing the debt and having to pay it back, and then I’m concerned for people of age.

“With inflation and the devaluation of the dollar, those of us who put money aside for our retirement, there may not be enough. So there should be restraint of spending. It can be done to have infrastructure and restraint.”

He said an “everything free for everybody” mentality may be appealing, but it does not work.

101-year-old lobsterwoman has no plans to stop

101-year-old lobsterwoman has no plans to stop