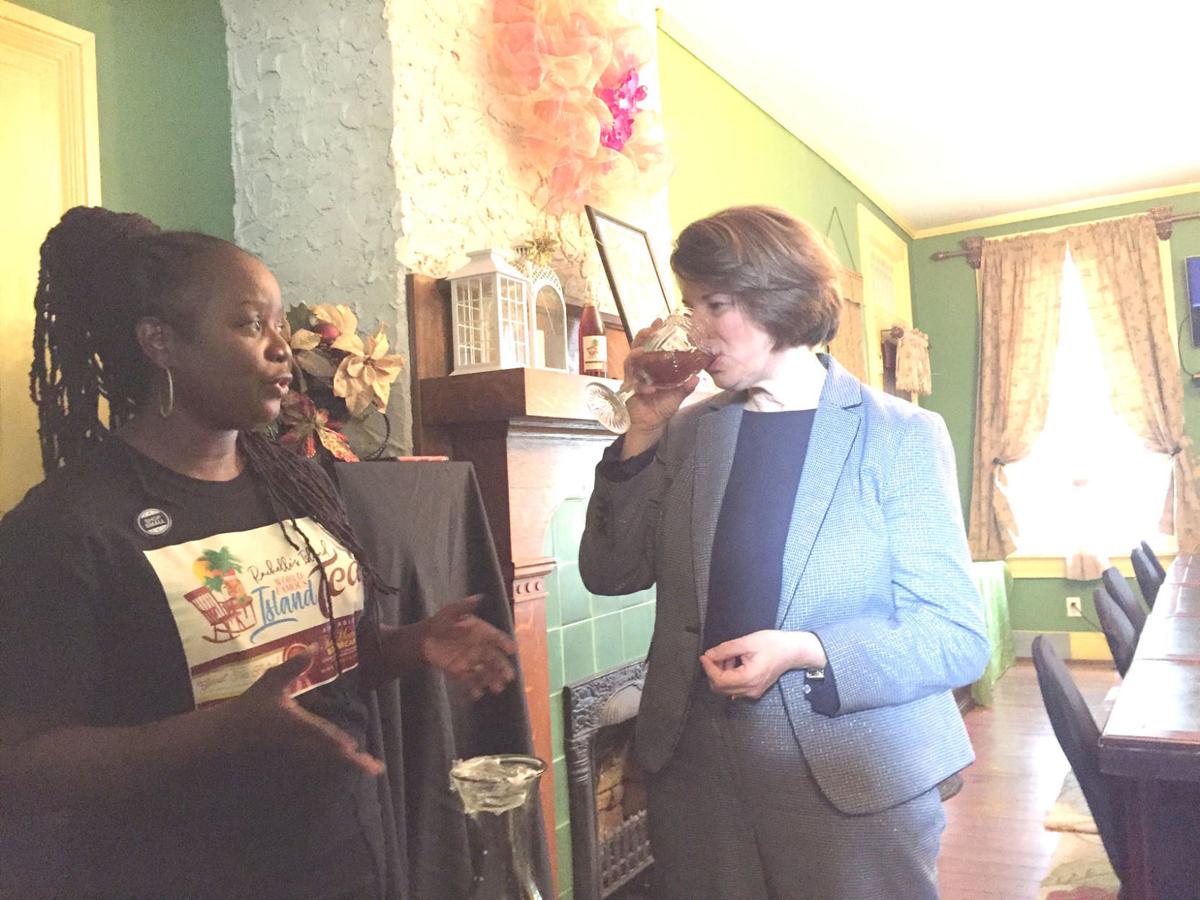 Democratic presidential candidate Sen. Amy Klobuchar, left, sips iced tea made by Rachelle Jamerson-Holmes of Thee Matriarch, located on Glover Street, Orangeburg, during a few campaign stops she made in the city on Saturday. 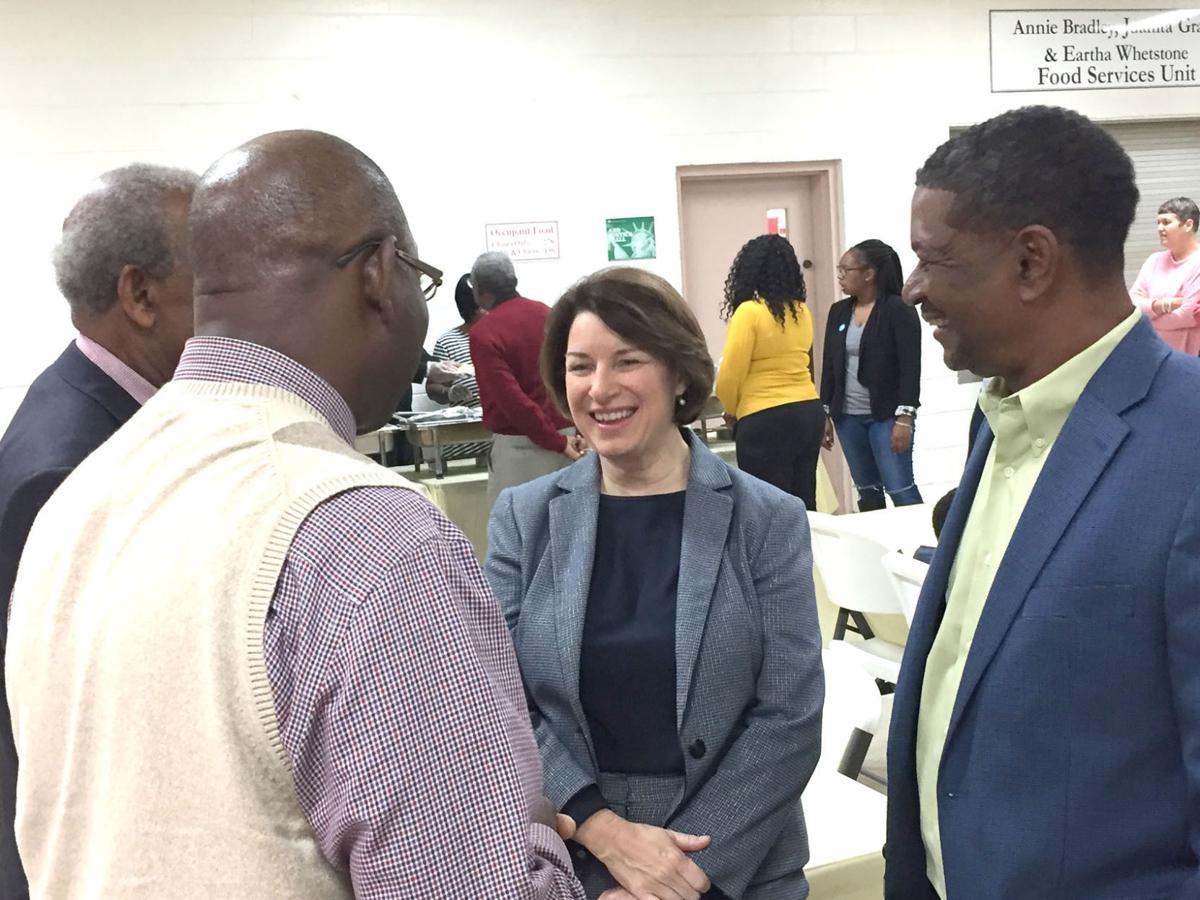 The U.S. senator from Minnesota made several stops in the city, including at the Orangeburg County Democratic Party meeting held at Williams Chapel AME Church on Glover Street.

Klobuchar told the crowd that she’s ready to meet the challenges of making health care available to all, climate change, education and improving the economy and employment opportunities in rural areas.

Speaking of President Donald Trump, she said, “Instead of rising to the challenges, he makes everything worse.”

“We cannot afford to screw this up,” she said.

Klobuchar said, “We have to win big. We have to make sure that we win in those U.S. Senate seats.”

“We have an obligation to unite behind one candidate. We are on this march together,” she said.

Klobuchar spoke about the strength of small businesses and the need to close loopholes in gun safety legislation.

She’s worked on legislation that calls for longer times for law enforcement to conduct thorough background checks before a person makes a gun purchase.

As for education reform, Klobuchar said that lawmakers need to make sure to have a K-12 plan that works.

She encourages reforms such as increasing apprenticeships, getting one or two-year college degrees while still in high school and increasing the funds available through Pell Grants.

She also noted that Trump changed the estate tax limits from $3.5 million to $11 million, which decreases the revenue from those taxes.

She said revenue generated from estate taxes could be used to fund education reform.

During a brief interview with The T&D, Klobuchar spoke specifically about education and economic reform in rural South Carolina.

“We need to believe that kids that grow up in rural South Carolina should be able to live there,” she said.

She said that providing broadband internet connections to all rural households would improve educational and economic opportunities.

Klobuchar said she has a plan that would bring broadband to all rural households by 2022.

“If Iceland can be hooked up in every household with all the volcanoes there, maybe South Carolina can,” she said.

“Rural issues, that’s kind of right in my bailiwick,” she said.

Klobuchar also spoke about the importance of African American voters.

“We need to never take them for granted,” she said.

“They are a major part of our party and the way this president has been treating them is wrong and he does it in some really blatant ways and sometimes in subtle ways and we have to make sure we have a president who is never going to do that again and instead is going to be investing in these areas and focusing on poverty,” she said.

South Carolina will be the first state in the South to hold its primary for the 2020 presidential election.

On Friday, Klobuchar filed as a candidate in the Democratic presidential primary in South Carolina.

Prior to her visit to the Palmetto State, Klobuchar campaigned in Iowa and New Hampshire.

Watch Now: The mystery of the mask

Watch Now: The mystery of the mask

Rep. Tulsi Gabbard, a Democratic candidate for president, will make her first campaign stop in Orangeburg.

Democratic presidential candidate Sen. Amy Klobuchar, left, sips iced tea made by Rachelle Jamerson-Holmes of Thee Matriarch, located on Glover Street, Orangeburg, during a few campaign stops she made in the city on Saturday.