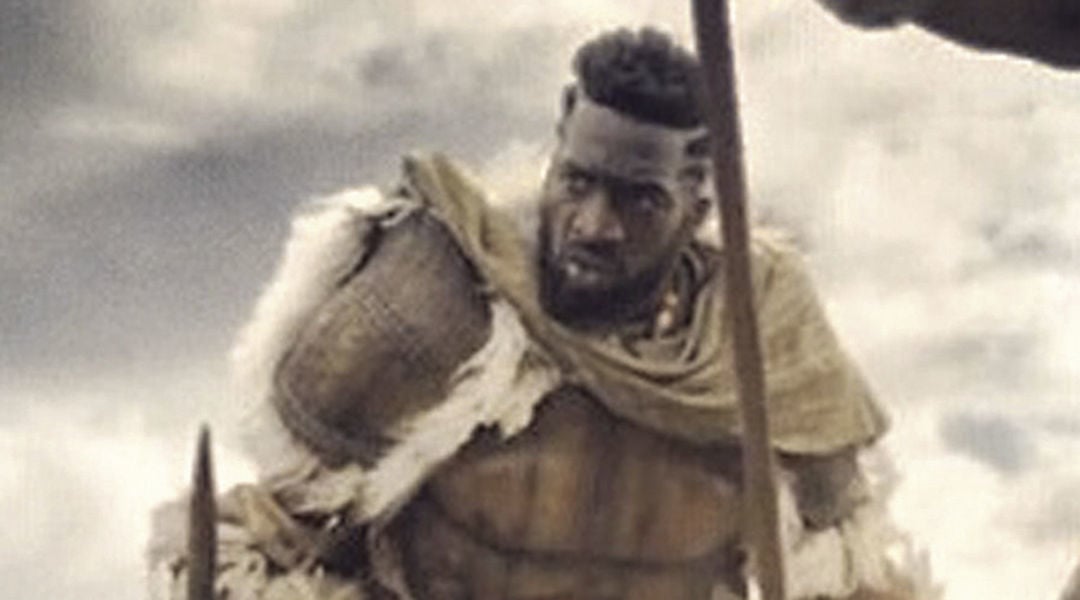 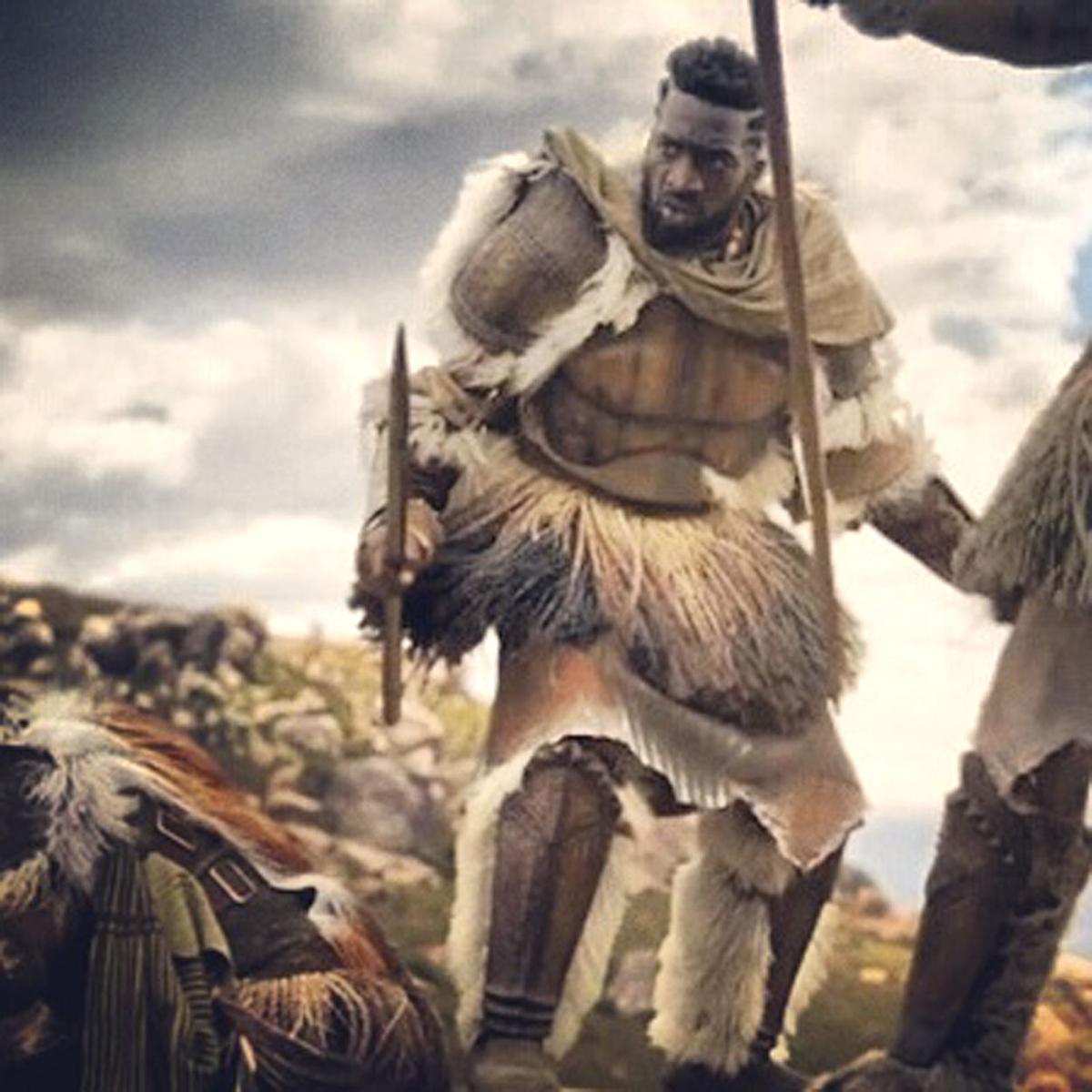 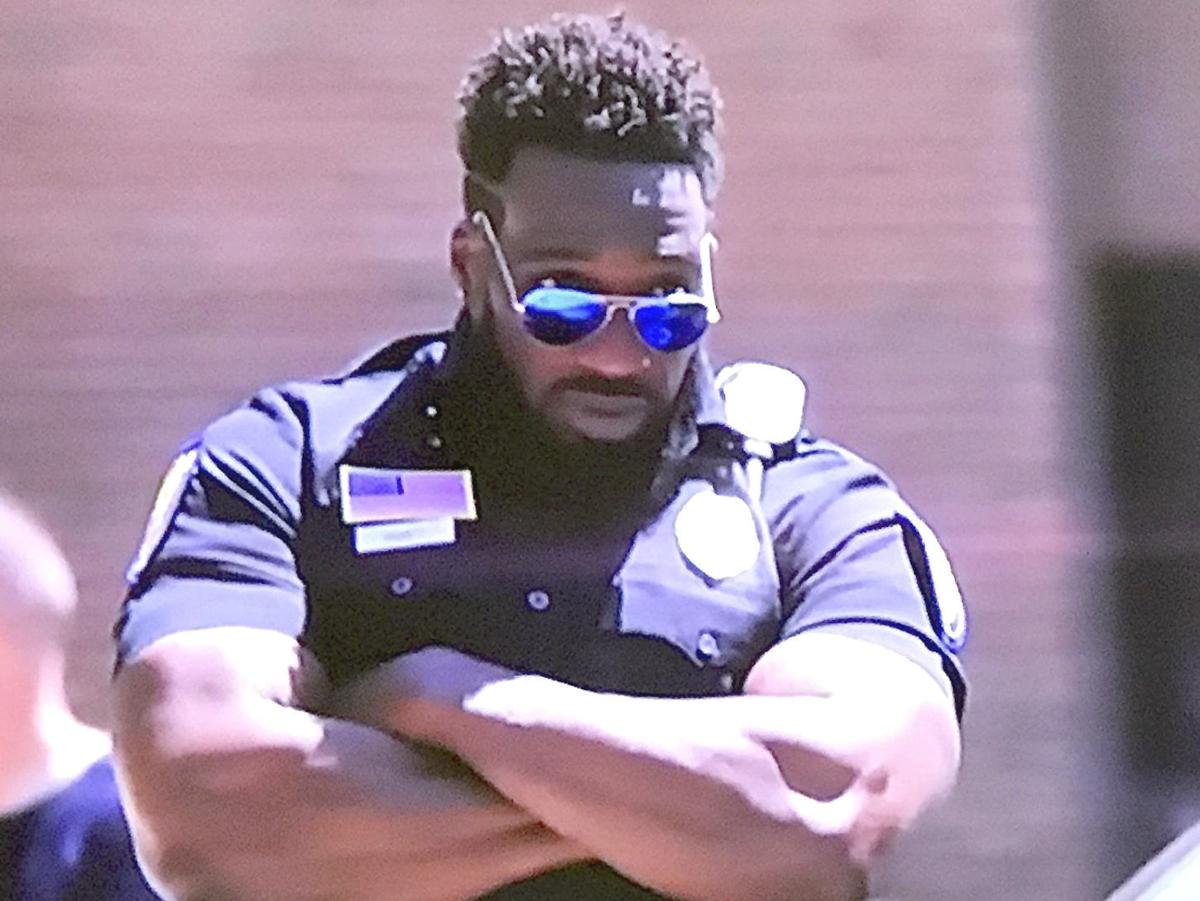 Love is pictured as a police officer on BET’s “Tales,” which is a scripted anthology series of “song stories.”

Travis Love has been a counselor, football coach, teacher and policeman.

Then he took a leap of faith into acting. That led to his appearance in the blockbuster “Black Panther.”

"I'm very blessed, very excited and very thankful to have such an opportunity to be included in these things that will go down in history," Love said.

The Soperton, Georgia, native graduated from South Carolina State University in 2003 with a bachelor's degree in computer science. He also played football at the university.

He began his pursuit of acting after moving to Atlanta in 2009.

He is best known for his portrayal of Shumpert in AMC's "The Walking Dead," one of the most popular cable television series of all time.

His most recent work includes serving as a stuntman in Marvel's "Black Panther," which debuted in theaters nationwide on Feb. 16.

In the film, the 39-year-old plays a warrior in the Jabari tribe, a group in the fictional East African nation of Wakanda.

Black Panther was the first superhero of African descent in mainstream American comics.

Love’s shot to be in the movie came as he was working as a grip on a Tyler Perry show. He received a call from one of his friends who was already performing stunts for the film.

Love had previously done a photo shoot for "Muscle and Fitness" magazine. His friend asked that he send him a photo from the shoot and the rest was history.

“He called me back three minutes later and said, ‘They want you to come in today.’… So that was God working in the midst of things. Stunt people train, rehearse and practice all of their lives to get a gig like stunts on ‘Black Panther,’ and God made it so that I was qualified with that picture I sent in,” he said.

In addition to his role in "The Walking Dead," Love's acting career has also included a role in Tyler Perry's "The Have and Have Nots" on the OWN Network. He has also appeared on the BET Network's drama "Tales," which is a scripted anthology series of “song stories” that weave classic and current hip-hop songs into visual narratives.

"I'll also be in the first episode of a new series on NBC called 'Good Girls.' I was in a new show called 'Star,' which is on FOX and is created by Lee Daniels, who's also the creator of the FOX hit show 'Empire.' So that'll be coming out this season as well," Love said. He also appeared on the USA Network's drama "Satisfaction."

"In my mind, I see that God is kind of putting my face all over different venues. I really think he's preparing me for what's next. And that's where 'Black Panther' had such an impact on me. Being a part of a production of that magnitude, I can tell you I've never seen anything like it," Love said.

"I've been on a number of different shows, but this is a Marvel feature film. I've worked on them before as a crew member, but I've never had an opportunity to be a part of the project," he added.

Love said he hopes to leverage an ability to both act and do stunts into greater things down the road with his career.

"Because I am fearfully and wonderfully made, God equipped me to do both and I hope that that makes me a more viable option moving ahead in the future when these roles come up. I'm trying to establish myself as an actor with the potential to pull off stunts if necessary," he said. "I can do whatever is necessary for the production, and I really see God working in my life in that manner."

Standing 6 feet, 2 inches tall and weighing 235 pounds, Love sports a formidable physique that has served him well in the stunt world.

"I think people kind of take it lightly when you mention stunts because they don't know all of the things that go into it. Now, by no means am I comparing myself to a veteran stuntman who does this all of their life. ... It's a very dangerous job, and one that I don't take lightly. I am just thankful that I have the capability to be able to pull some of those things off as well as being an actor," he said.

He also attributes his strength and agility to his days as a defensive lineman at S.C. State.

Love is the youngest of five siblings born to Arther Love Sr. and Doris Love. His older brother, Arther Love Jr., also played football at S.C. State before going on to play professionally with the New England Patriots and snagging a 2002 Super Bowl win.

Love's journey into acting wasn't a smooth, straight-forward one.

His first job out of college was as a counselor at a youth detention center. He then became a deputy sheriff with the Treutlen County Sheriff's Department in Georgia before getting into coaching and teaching.

"My first coaching job was at Dublin High School. I taught middle school technology, and we also won a state championship at Dublin back in 2006," he said.

Love went on to coach and teach at Darlington High School in Darlington, S.C., in 2008, but soon lost his job amid the nationwide economic crisis.

"The economy was kind of on a downhill slump. Teachers were getting furloughed left and right. They were making major cuts in education, and I caught the brunt of that. I actually got laid off from Darlington High School as they were making budget cuts," he said.

That, however, was not the end of his story. While he initially thought a country boy from a small town in south Georgia could never act, he soon began to see it as a possibility.

"I was without a job at that point. That's when I had the whole idea to pursue acting. Acting has always been kind of in my mind as something to do," Love said.

He learned to face his fears and anxieties head-on through his faith in God and his guiding Biblical scripture recorded in Joshua 1:9, which reads: "Have I not commanded you? Be strong and courageous. Do not be afraid; do not be discouraged, for the Lord your God will be with you wherever you go.”

He said the song "In Due Time" by Grammy Award-winning Atlanta rap duo OutKast is his motivational song.

"God has something greater for us and when we're afraid to step out, a lot of times he will make things uncomfortable in our current situation in order to get us on the path that he wants us to be on. That's exactly what he did to me," Love said. "Had I not gotten laid off from Darlington High School, I would not be where I am now."

He added, "I was like, 'Lord, I don't know what is going on. I don't know what you have for me, but wherever you lead me, I'll follow you.' And he led me right here to Atlanta, Georgia, and put me on this journey."

Love had taken no formal acting classes and landed in Atlanta without a résumé, head shot or agent.

"When I moved into this, none of what I had done prior to that point in my life was applicable -- not my college degree, background, references, none of that,” he said. “The only thing that I had on my side was God, and he clearly let me know that I didn't need to do that other stuff. ...

"That's how God works. I definitely want people to know that that's how I move in this industry. It's nothing that I'm doing. It's nothing special about me other than the gifts he put into me. It's because I choose to seek him first in everything that I do. He's preparing a table before me that I had no idea existed.”

Love often jokes that had he known he would have landed in acting, he "would have been a Henderson-Davis Player," a reference to S.C. State's theater company.

"I tell people that all the time. You get into this industry and you find out people have been doing this since they were kids. They're up on the lingo and know what to expect and have. I literally had no point of reference for what it is to be an actor. I simply had my faith in God," he said.

He said his memorization skills can be traced back to his early years of memorizing lines for church programs.

"My mom would put us in those church plays, or we'd say those Easter speeches. It all developed from my mom teaching me how to say those speeches. She's like, 'Don't be glued to the paper. Look at the audience. Make eye contact. Have passion in your words,' " Love said.

His teaching and coaching career also helped him in its own way.

"Coaching took what Mama started with the speeches and took it to another level because it taught me how to inspire an audience with my words. So, again, that was God working in the midst of my life, preparing me for what he had for me down the road," Love said.

Love appreciates his parents for their love and support and keeping him humble.

Six-year-old Kayla Berry of Orangeburg may be small, but she has big dreams of becoming a successful actress.

Watch Now: Should my kid get the COVID vaccine?

Love is pictured as a police officer on BET’s “Tales,” which is a scripted anthology series of “song stories.”