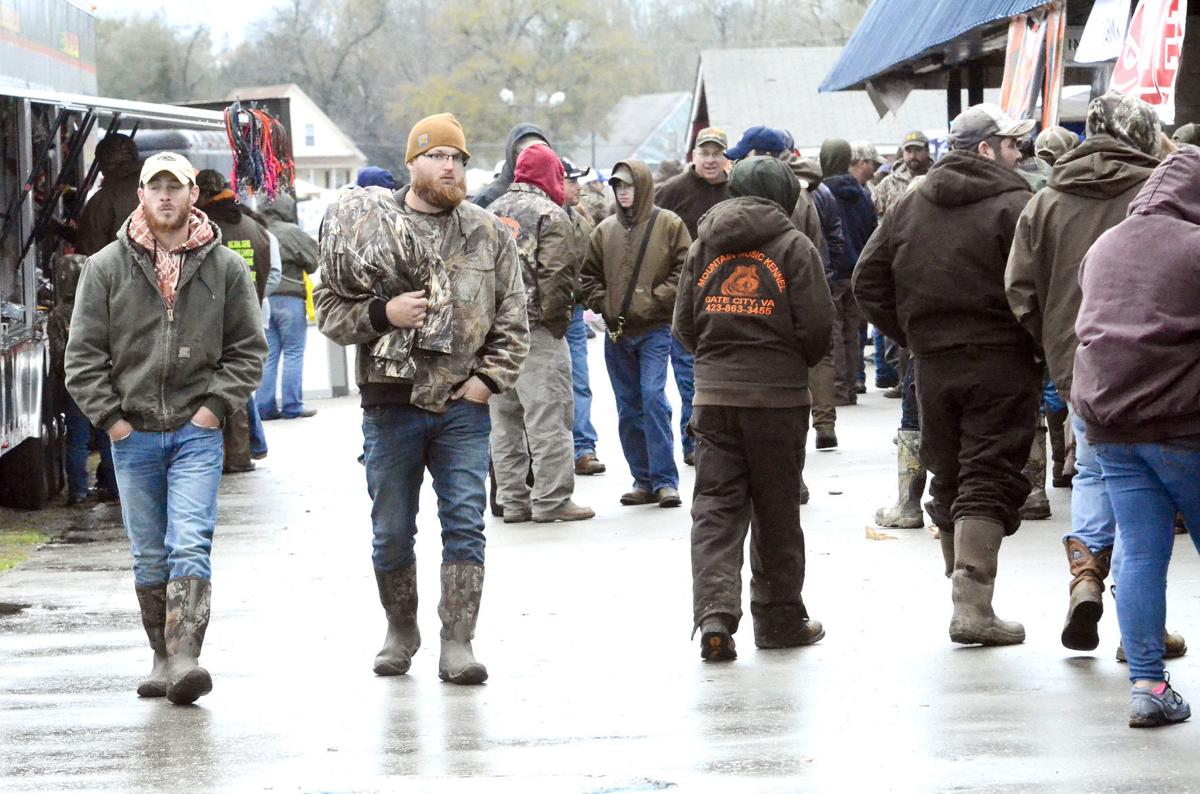 Coon hunters and others attending the Grand American Hunt and Show bundled up against the cold, wind, rain and even a few snowflakes Saturday at the Orangeburg County Fairgrounds. 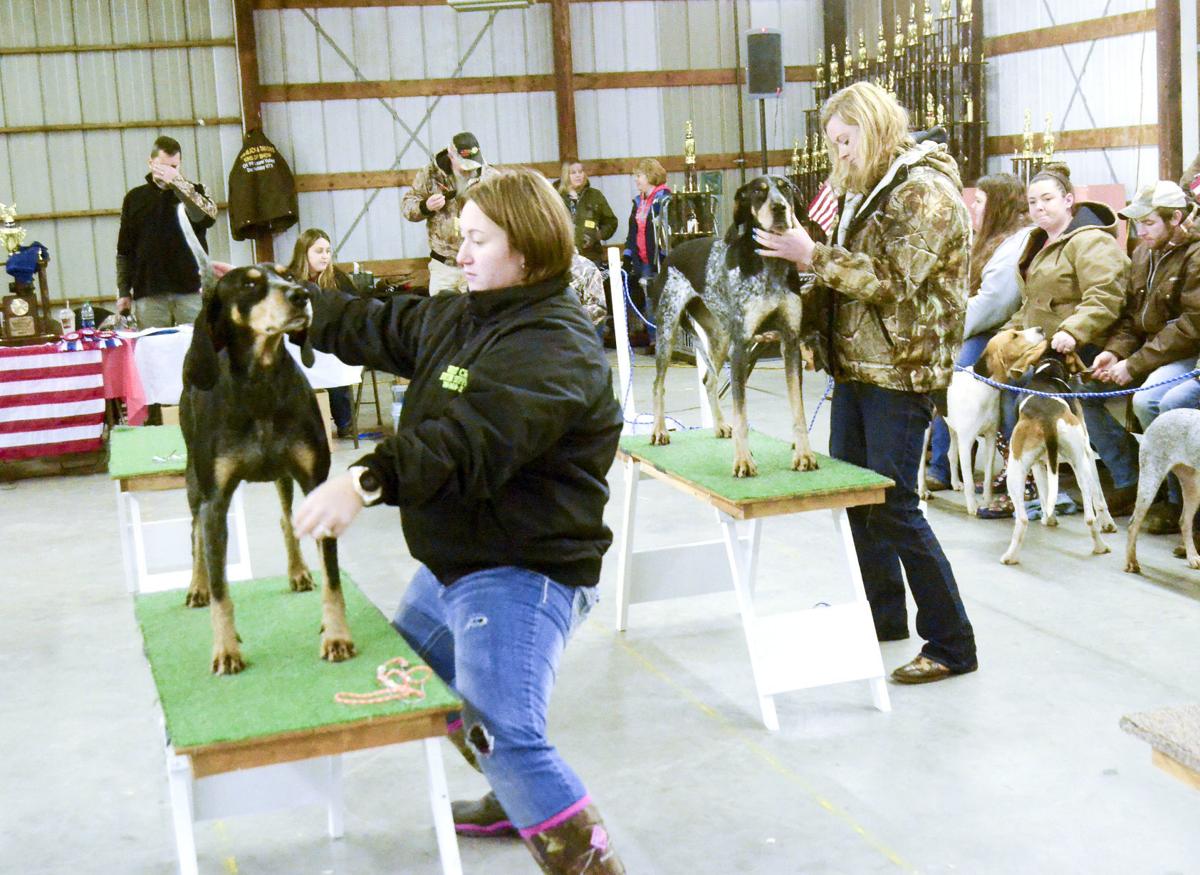 People and their dogs compete in the licensed bench show Saturday during the Gradn American Hunt and Show.

Rhodes, a resident of Due West, said the “misting, raining, cold” weather was no match for Sam’s ability to tree raccoons for the Friday Nite Hunt.

“We was just treeing coons,” Rhodes said of Sam, which he co-owns with Elliott Shuler of Holly Hill.

“That’s his best operating, when the conditions are right. That’s when he shines,” he added, patting Sam. The dog is a 4-year-old cross-breed of walker and bluetick heeler.

“He was striking coons and then off by himself, treeing them without any dogs around,” Rhodes said.

“He was by himself every time,” he added.

Rhodes said he’s happy that Sam won the Friday Nite Hunt. He, along with Doug Shuler and Randy Adcocks, hunted Sam in Elloree.

“I felt confident coming out here, but I’ve been in two ‘final four’ world hunts, (of) different associations,” Rhodes said.

The Grand American is sponsored in part by American Cooner and the United Kennel Club.

Rhodes has been coming to the Grand American, which is held annually at the Orangeburg County Fairgrounds, for the past 12 years – from the time he began coon hunting at age 15.

Rhodes said he’s traveled from the Upstate each year to enjoy the camaraderie of fellow coon hunters.

“I just enjoy seeing old friends. I like to socialize and just see old friends, talking to people and just catching up on old times,” Rhodes said.

Evan Thompson, a 12-year-old from Evergreen, N.C., has been coming to the Grand American for the past five years.

Saturday’s Grand American was the coldest that he can remember.

Thompson comes to the Grand American each year with his uncle and granddad.

He stopped by one of the dozens of vendors, which were spread throughout the fairgrounds, to purchase some beef jerky to take back to his sister and cousin.

Thompson said he enjoys attending the Grand American so he can see the dogs.

At home, Thompson has a pet Labrador retriever.

Lamar Snipes, of Woods & Water Outdoor Supplies in Chapin, has been a vendor at the Grand American for the past 37 years.

"The crowd didn't come," Snipes said. It was due to the weather, with temperatures hovering just above freezing and the threat of wintry precipitation.

Snipes estimates the crowd was down by about 60 percent.

"All those guys that come out of Ohio and West Virginia would end up traveling through snow and ice coming down," Snipes said.

The cold, overcast weather continued at the Grand American and throughout The T&D Region most of the morning, with the sun peering through the clouds by mid-afternoon.

Quagliariello said the temperatures are expected to stay low over the next few days, with the next unseasonably warm air coming in around Wednesday and into Thursday.

On Sunday, highs will be in the upper 30s with the lows in the 20s, he said. The wind chill factor will be between 12 to 17 degrees.

Quagliariello said to expect a gradual warming around the middle of the week with temperatures in the in the upper 60s and highs on Thursday and Friday in the 70s.

Despite temperatures dipping into the 20s Saturday night and early Sunday morning, more than 200 coon dogs took to the woods in Orangeburg and…

Why sedition charges are eyed after Capitol attack

Why sedition charges are eyed after Capitol attack

Are snow days a thing of the past?

Are snow days a thing of the past?

Coon hunters and others attending the Grand American Hunt and Show bundled up against the cold, wind, rain and even a few snowflakes Saturday at the Orangeburg County Fairgrounds.

People and their dogs compete in the licensed bench show Saturday during the Gradn American Hunt and Show.