Become a Member
Read Today's E-edition
Share This
'The only thing I ever wanted to be was a soldier": New 3-star general credits S.C. State, his family, men under him for successful career
0 Comments
Share this
1 of 2 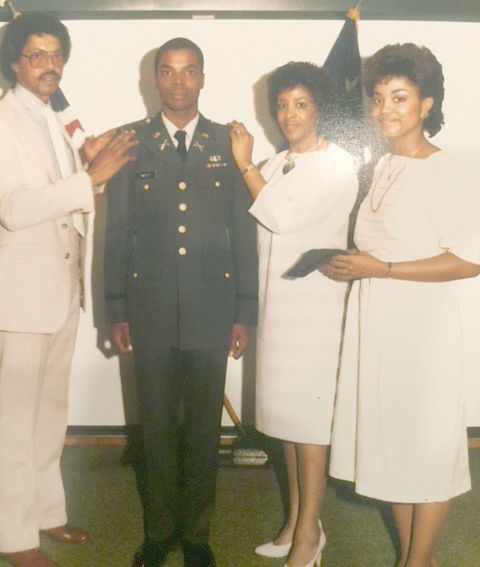 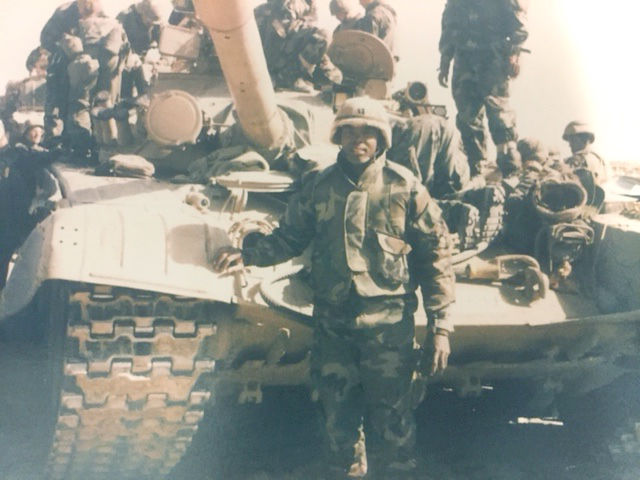 Now-Gen. Stephen Twitty as a captain, standing in front of one of Saddam Hussein's tanks during Operation Desert Storm.

“Today, my grandfather is smiling in heaven seeing his grandson with the rank of a three-star general,” Stephen Twitty said.

Twitty, who is one of 19 generals to come out of South Carolina State University’s Reserve Officers Training Corps, was recently promoted to the rank of lieutenant general, or three-star general, in the U.S. Army. Only one other S.C. State graduate, Henry Doctor Jr., has earned that rank.

Twitty says his grandfather, Spc. Carson Mackerson, who served in a segregated U.S. Army Air Corps during War II, was his inspiration.

“He couldn’t even visualize or fathom the fact that I’d become a general,” Twitty said. “The best that he could think about — because it came out of his mouth — is, ‘You’re going to be an officer.’”

“I spent most of my time with my grandparents,” he said. “My grandfather used to march me around the living room. He would salute me and I would salute back. He would call cadence and all that stuff.”

When he was only 7, his grandfather died and he was crushed, Twitty said, adding, “He was the joy of my life.”

In spite of his youth, Twitty’s heart was already set on a military career.

When he was a junior in high school, Twitty joined the South Carolina National Guard.

“While most of my friends were playing during the summer, I went to basic training,” he said.

After high school, he was all set to go to Furman University until he went to a S.C. State football game.

“I loved the atmosphere, the camaraderie, the fanfare,” Twitty said. “I just fell in love with the place. Between the football game and looking at the ROTC program, it was pretty much a done deal that was where I was going.”

Joining the infantry was his first choice after graduating from S.C. State in 1985 because the combat role is the hardest area to serve in, he said.

“My thought process was, ‘If I’m gonna come in the army, I want to do something different and exciting,’” he said. “I wanted something hard. I wanted to be challenged.”

He didn’t want to be in the transportation corps or at a medical center, Twitty said. He could drive a truck for a local trucking company or he could be a doctor in the civilian world.

“I was looking for adventure,” Twitty said. “I wanted to jump out of planes and blow up stuff and I just wanted the hardest, toughest assignments.”

Over the past 31 years, Twitty has been on five combat tours in Iraq, Afghanistan and Kuwait. He has served in more than 100 countries and been to every continent except Antarctica.

It’s really easier to say where he hasn’t been than list all the places he’s been, he said.

Twitty has been promoted time after time earlier than expected, and he credits his success to the performance of his soldiers.

“The only way I got to this rank — I fully know — is the soldiers below me made me look good. If they didn’t perform, I wouldn’t be here today,” he said.

Twitty says the thing he loves the most about being in the military is being around soldiers. But he said he also loves that every day is an adventure in the military.

“In 31 years of service, I have not had the same day. I love the fact that my days are unknown,” Twitty said.

The hardest thing about the job is losing his men, he said. “It’s something that is hard, and you never get over it. Every single day I think about the loss of my soldiers. But you try and learn from your loss and you try and get better every day.”

Another difficult part of military life is the constant pattern of moving, Twitty said.

This is his 18th move, Twitty said. Such regular moves can take a toll on a family, he said. The wife has to give up her job and look for another one. The kids are taken out of their schools and moved into new ones.

On the other hand, there are advantages in the moves, Twitty said. He grew up knowing little of the world other than the small town of Chesnee where he grew up, but his kids have seen the world because of those moves, he said. Overall, they’ve enjoyed their moves and experiences. His wife also sees the moves as an opportunity, he said.

“She grew up as a military brat so she’s used to it,” Twitty said. “She loves it. Every time we move, we make a vacation of it.”

When they moved from Texas to Illinois, they were going going to take a long vacation to Florida, the Dominican Republic, Washington D.C. and South Carolina, he said.

Twitty has reached a peak in his career that few ever see. He has to answer to very few people, but he says he has not forgotten his beginnings.

“My parents really instilled in me ... hard work, dedication and discipline,” he said. “We are a values-based family, and I really thank them for it.”

Twitty said he was embraced as a student at S.C. State.

“The faculty wanted us to work hard, try hard and if you needed help, they were there. It was like we had a cheering squad made up of the faculty,” he said. “I saw Maceo Nance almost daily walking around the campus talking to students.”

The ROTC at S.C. State is a “crown jewel for the United States Army,” and he really thrived in it, Twitty says. “I’m very proud of the ROTC program and what we’ve accomplished.”

He said he urges today’s youth to follow in his steps and those of his fellow alumni who have paved the way for them.

“Work hard and get your education,” Twitty says. “It opens so many doors. There’s no way I’d be where I am today if it weren’t for an education.”

Never forget where you came from, he said, adding, “I’m so grateful for the people who helped me out along the way at S.C. State.”

Now-Gen. Stephen Twitty as a captain, standing in front of one of Saddam Hussein's tanks during Operation Desert Storm.