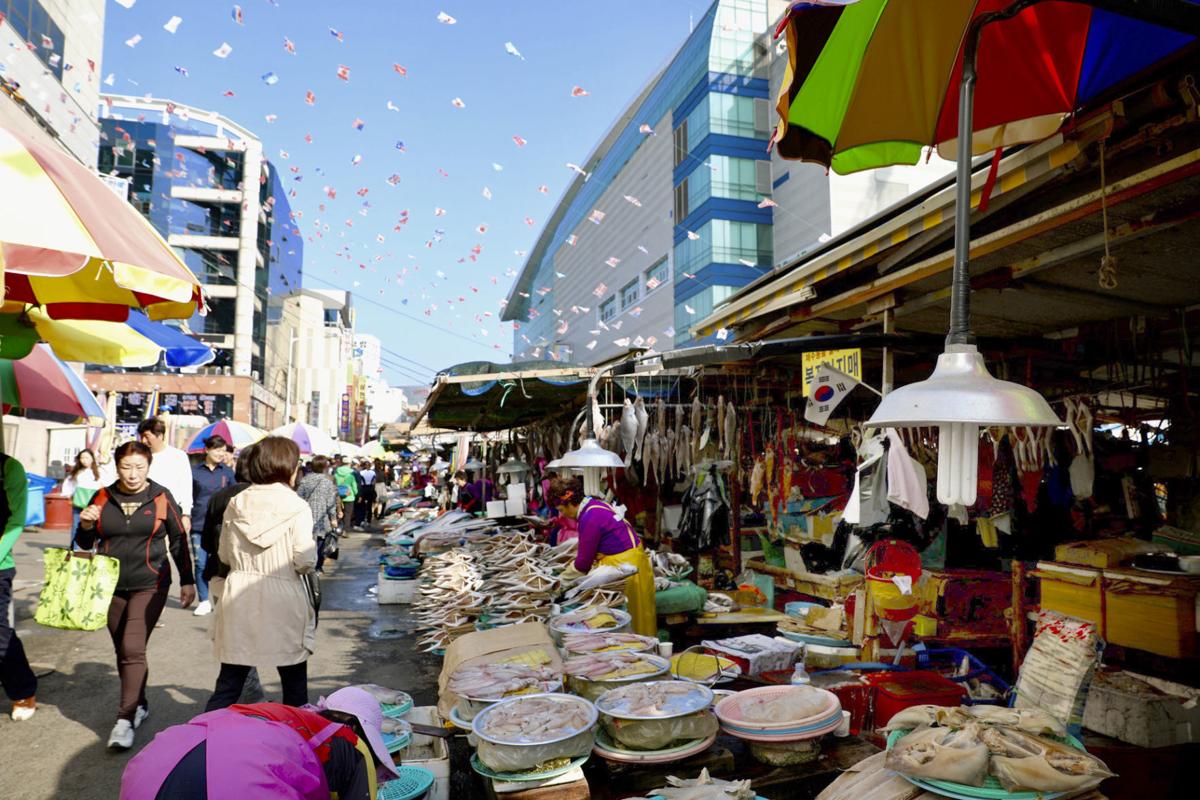 The Jagalchi Fish Market in Busan, South Korea is where customers can buy all types of fresh fish daily. 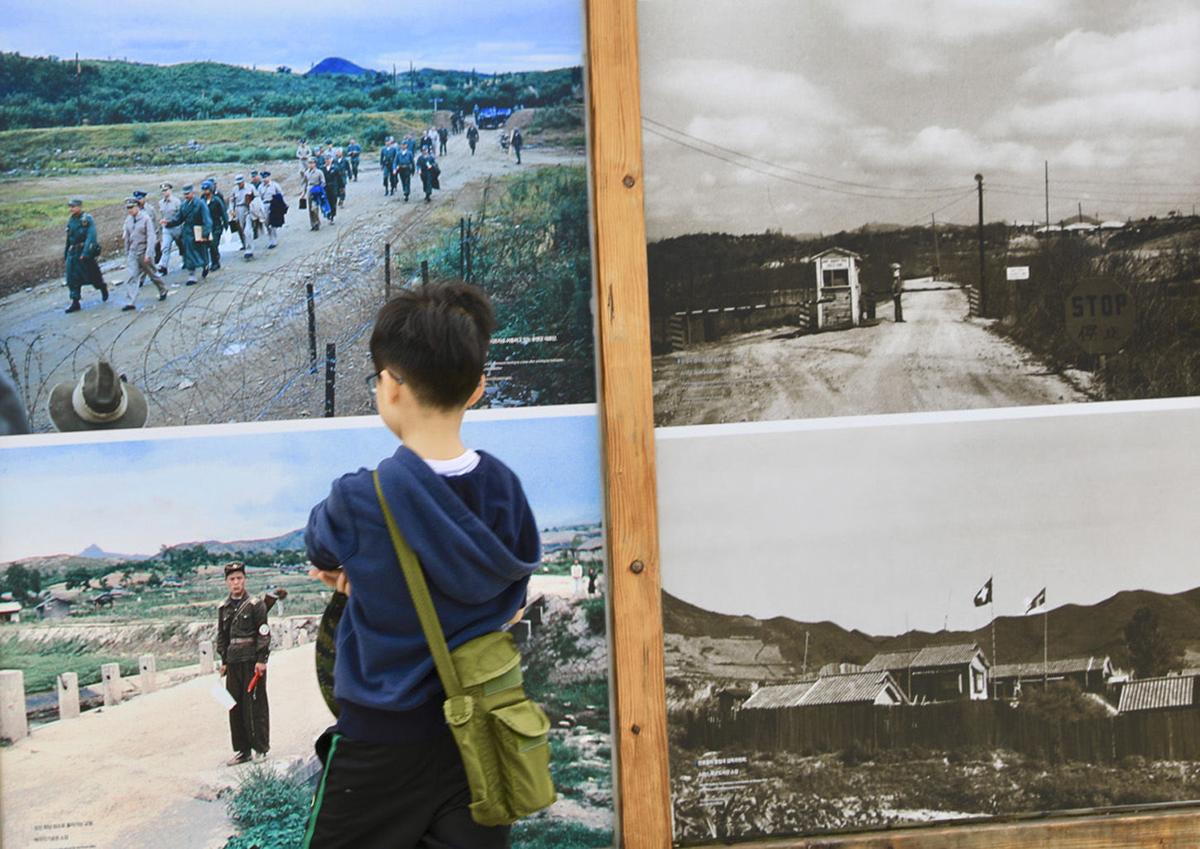 A South Korean boy looks at old photographs of the Korean War near the DMZ. 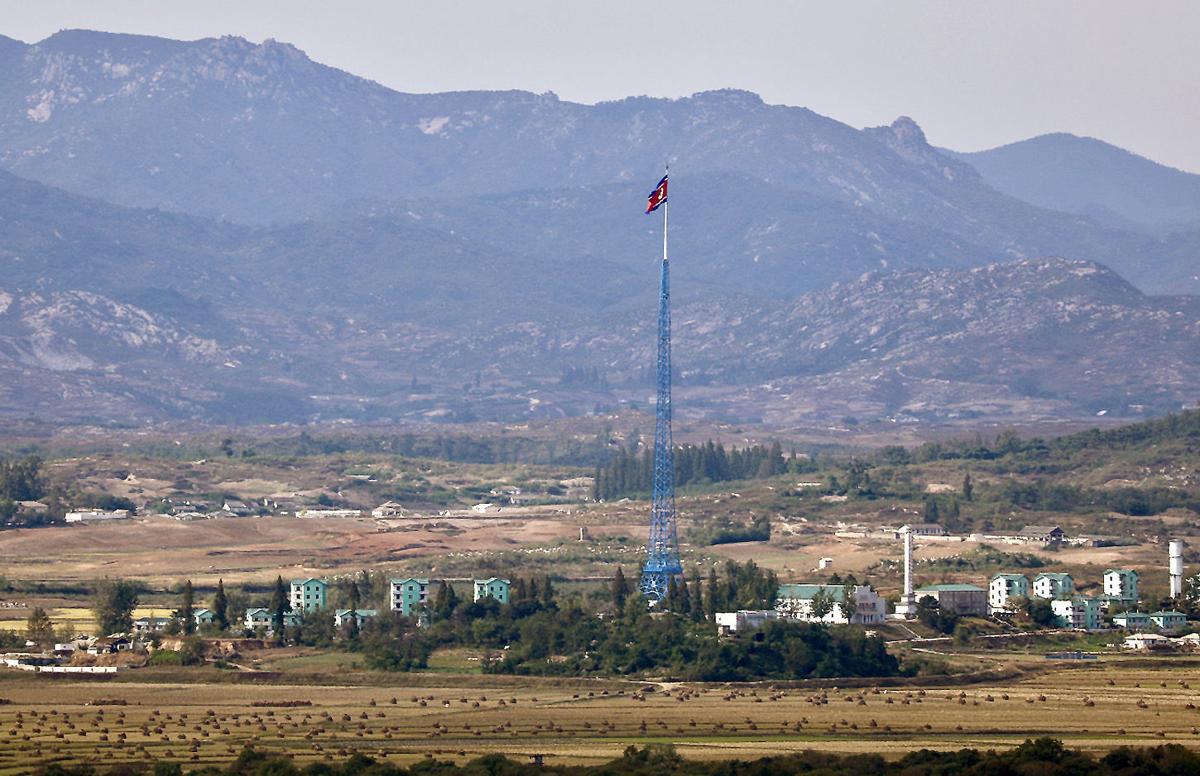 Looking into North Korean from the South Korean side of the DMZ, you'll notice the North Korean flag and several buildings, but no human activity. 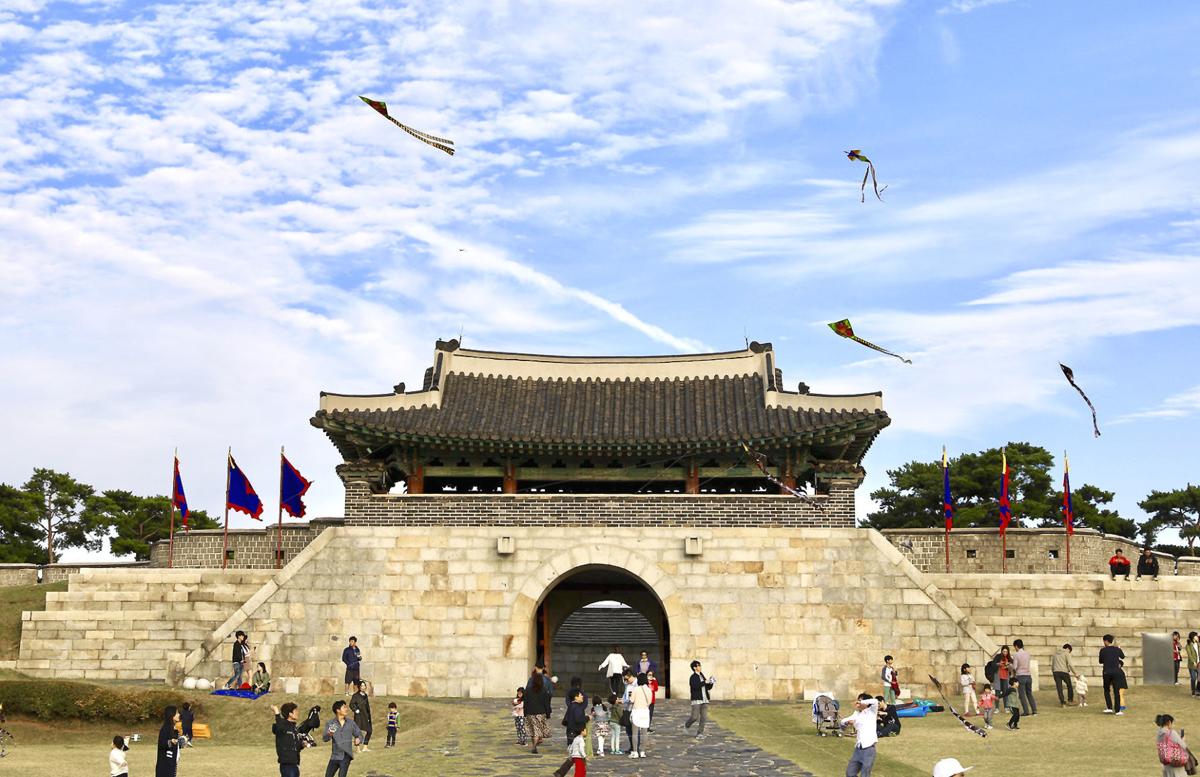 Families and children fly kites at the Hwaseong Fortress in Suwon, South Korea. 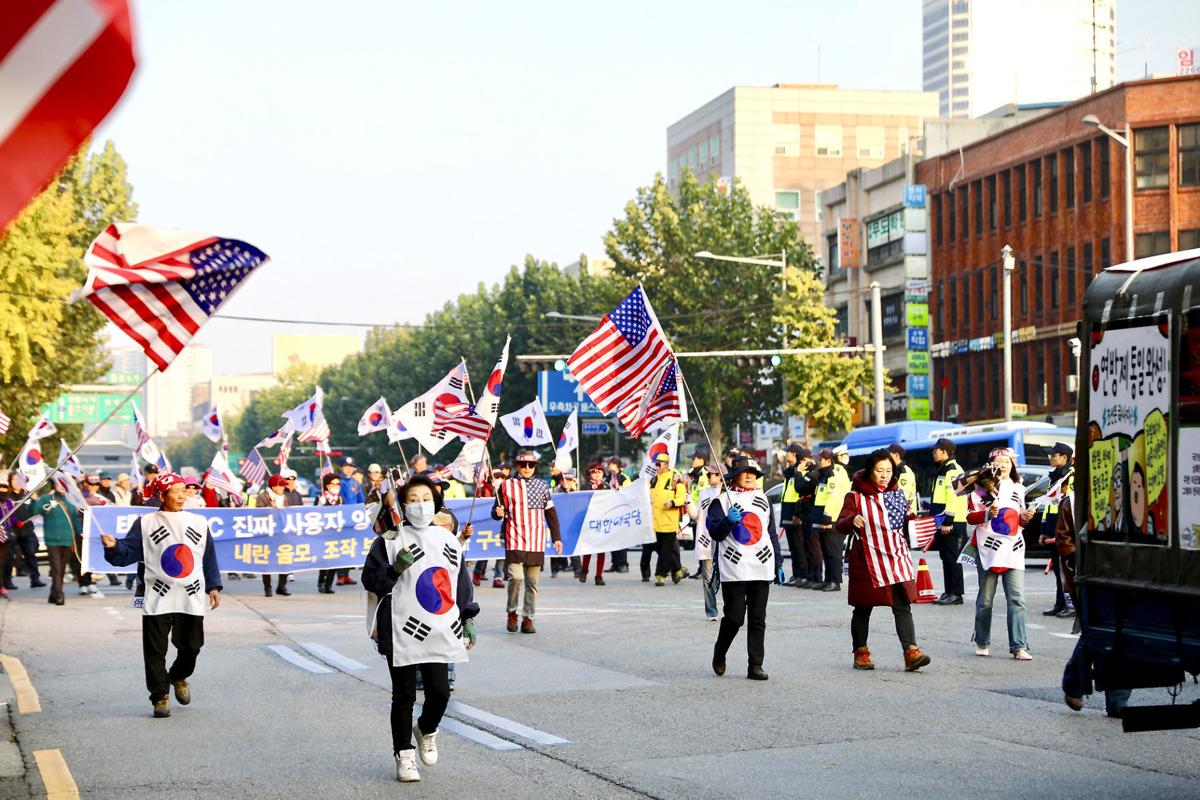 Protesters fill the streets in Seoul in support of ex-President Park Geun-Hye. 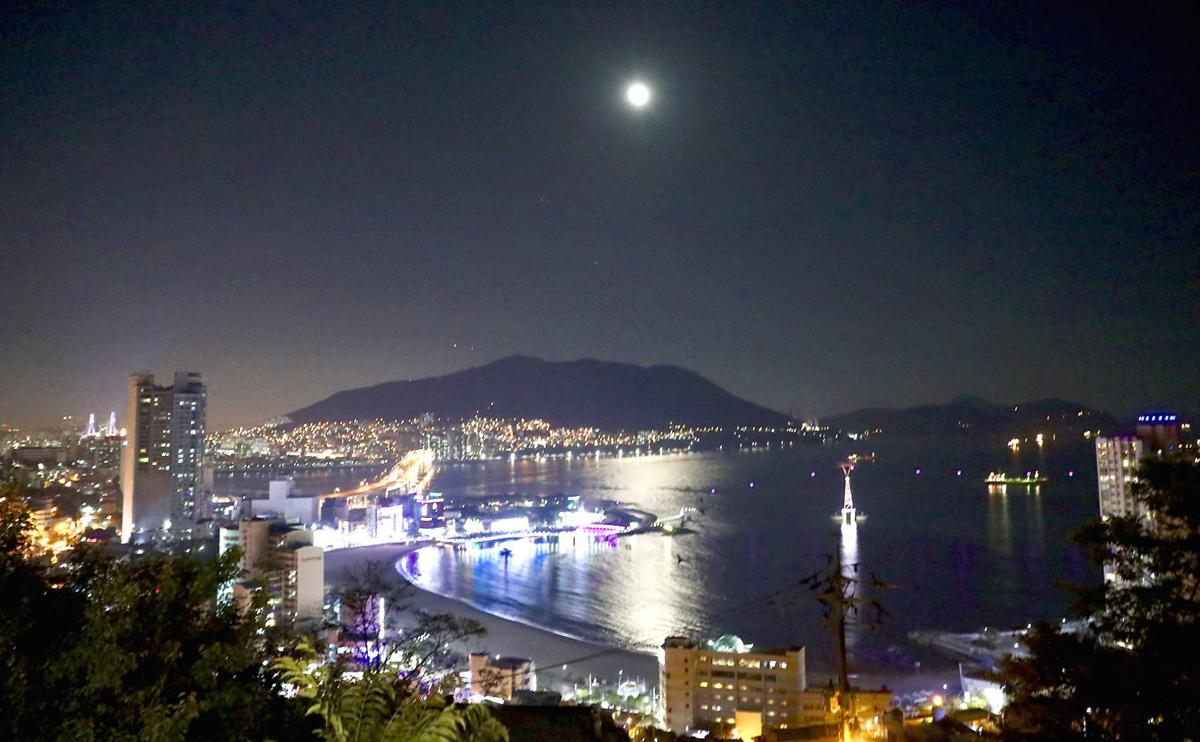 A moonlit night at Haeundae Beach in Busan, South Korea. 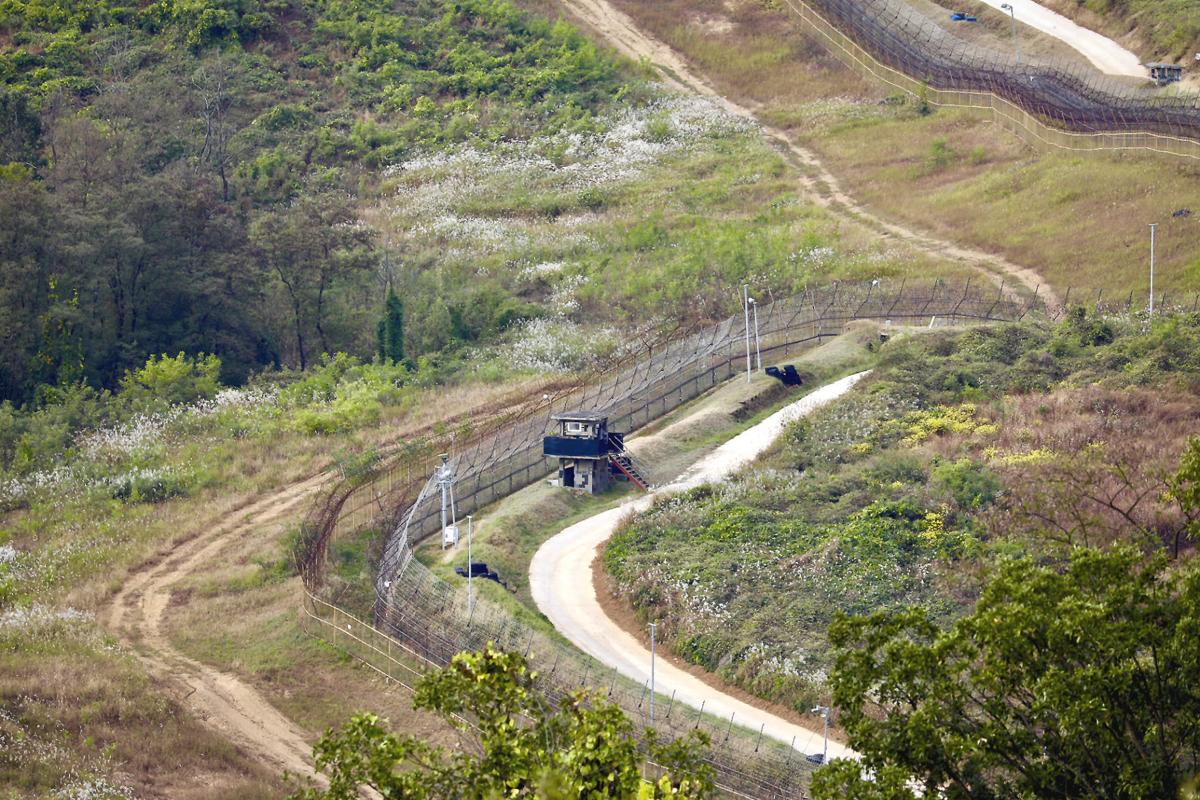 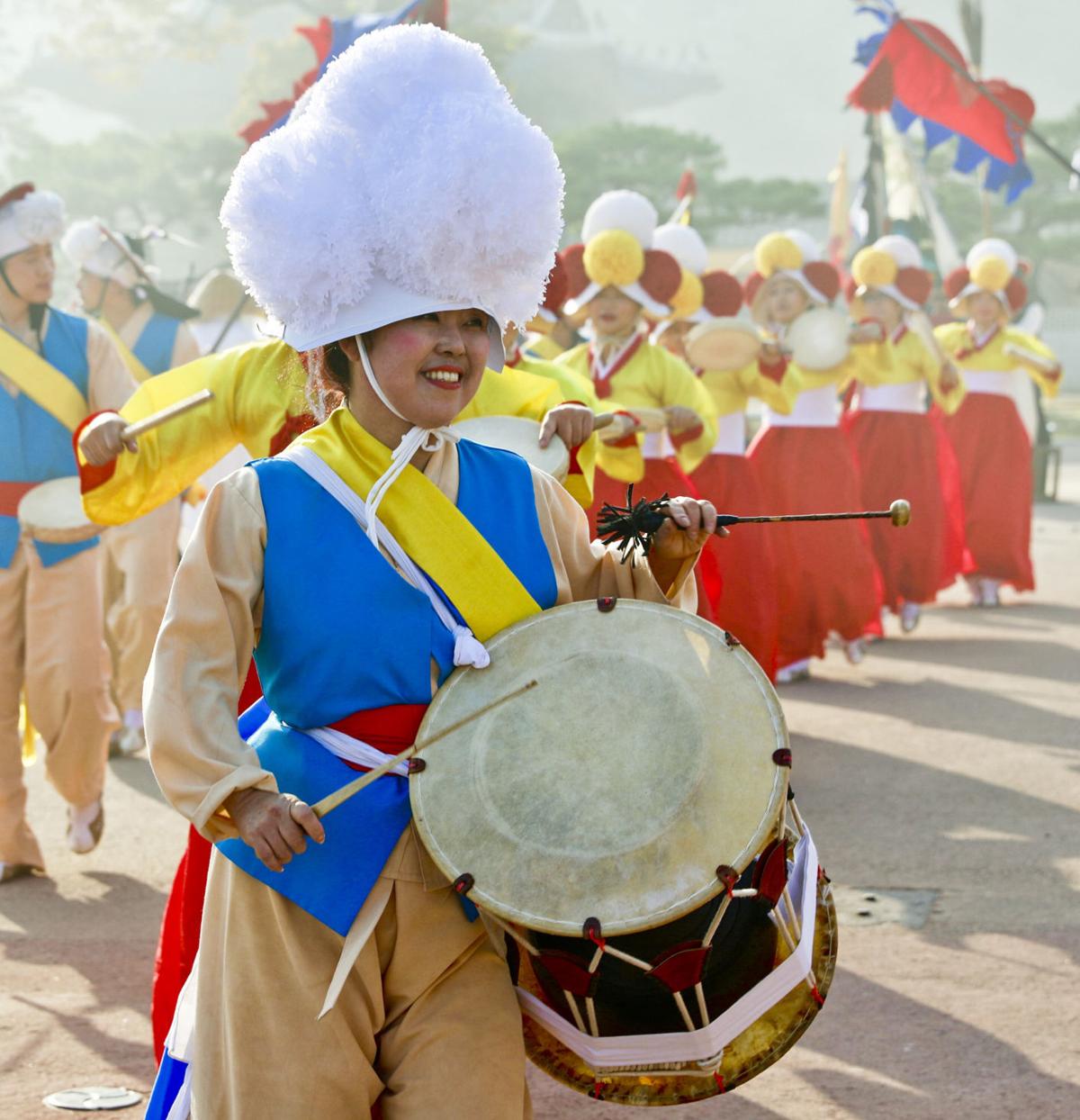 Performers in Suwon, South Korea put on a daily routine of traditional Korean dances for visitors.

I left Columbia on Sept. 27 and flew to Atlanta to board Korean Airlines and fly to Inchon Airport. After a two-hour layover, I went on to Busan, South Korea -- my hometown -- arriving there around 7:55 p.m.

After visiting with my sisters and their families for a few days, I went to visit my mother in Gimcheon, South Korea. My mother lives there with one of my sisters and her family. My mother was so glad to see me. She held onto me the entire time I was there. I had a great visit with my mom and sister and was thrilled to take my mom to the doctor and some stores for shopping.

After my visit with my mom, I traveled to Gangwon-do, which is close to the Korean Demilitarized Zone, or DMZ. Two of my sisters, a family friend and myself stayed there for three days. It was a great opportunity to take lots of pictures of North Korea from the South Korean side.

It was exciting and a little scary knowing how close I was to North Korea. There were a lot of South Korean military police in Gangwon-do since it is on the border. Officials had to check our passports and IDs before we were allowed to go to the house.

We traveled back to Busan for a few days, followed by a trip to Yeosu for two days. Yeosu is about two hours from Busan, on the tip of South Korea. I got to see some old ships from the 1700s that were used during the many wars Korea has had over the years. This was a wonderful and beautiful city to visit, and we had a great time.

We went back to Busan for a few more days, then I went to the beautiful city of Suwon, which is about a two-hour train ride from Busan. I met some people I have known for several years, and they took me around the city. I got to meet the mayor of Suwon, and he was very nice and gave me a vase to show his appreciation of me visiting his city.

Suwon has the old Hwangseon Fortress that was built during the late 1700s and still stands today and is very beautiful and has a lot of history. I also got to meet artists and photographers in this beautiful city. Suwon has a lot of history in art and music. One thing concerning me was a lot of older people are not employed in good jobs; most of the low maintenance-type jobs are held by old women. I did not see any younger people working in these jobs.

I went to Seoul after four days in Suwon and I got off the train to get to my hotel. There were so many people protesting the jailing of the ex-president that it took me almost an hour to get to my hotel when it should have taken me five minutes.

Once I got settled in, I went to take some pictures of the protests and then went to some old historic places to see where the kings and queens stayed many years ago. I went to a few art shows, and that was very interesting to see.

From there I went to the DMZ on a bus with about 30 people, and the security was very tight. They checked all our IDs and paperwork. Then we had a 30-minute security briefing to tell us what not to do at the DMZ. The place was extremely secure, but it was very scary staring at North Korean soldiers.

I was looking around taking pictures of the North Korean mountains across the border and decided to ask a South Korean military policeman if I could take his picture. He got upset and said, “No.” After that, a security officer started following me around to see what I was doing. I got really scared and got back with my group in a hurry. I was relieved to get on the bus to head back to Seoul.

After five days in Seoul, I went to visit Ulsan to take pictures of some old and unique Buddhist temples. The temples are in the mountains, and we had to walk a long way to visit them. It was well worth the time and effort. Parasol Tongdosa Temple was the biggest temple we visited. Buddhism is one of the largest religions in Korea.

I was in Korea for seven weeks, and the days and weeks went by so fast. I had a great time getting to visit so many places to which I had never been before. I am so glad that I got to see my mother and am happy she is doing well, even at the age of 98.

A look at life in Suwon, South Korea

I arrived in Seoul, South Korea and was met and picked up by a dear friend and her husband. They took me to Suwon to spend 10 days taking pict…

You can go home again: A trip to Suwon, South Korea

The Jagalchi Fish Market in Busan, South Korea is where customers can buy all types of fresh fish daily.

A South Korean boy looks at old photographs of the Korean War near the DMZ.

Looking into North Korean from the South Korean side of the DMZ, you'll notice the North Korean flag and several buildings, but no human activity.

Families and children fly kites at the Hwaseong Fortress in Suwon, South Korea.

Protesters fill the streets in Seoul in support of ex-President Park Geun-Hye.

A moonlit night at Haeundae Beach in Busan, South Korea.

Performers in Suwon, South Korea put on a daily routine of traditional Korean dances for visitors.