THIS MONTH IN S.C. HISTORY: South Carolina ratified the Bill of Rights 230 years ago
0 comments
Share this
× 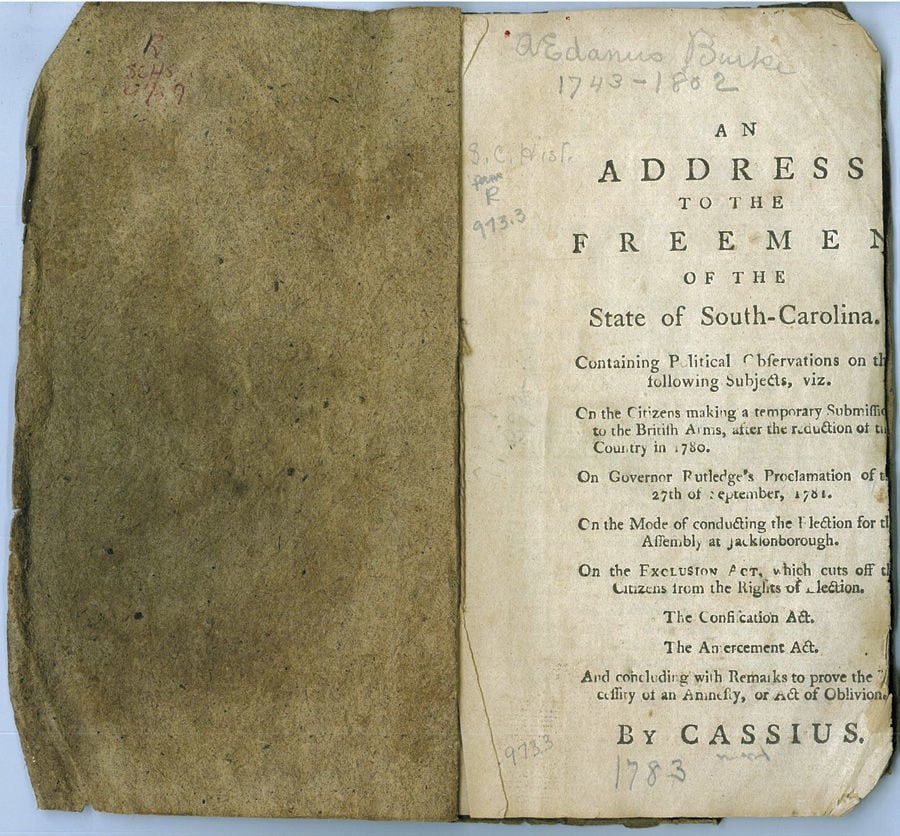 Writing as “Cassius,” Aedanus Burke penned this pamphlet in 1782. 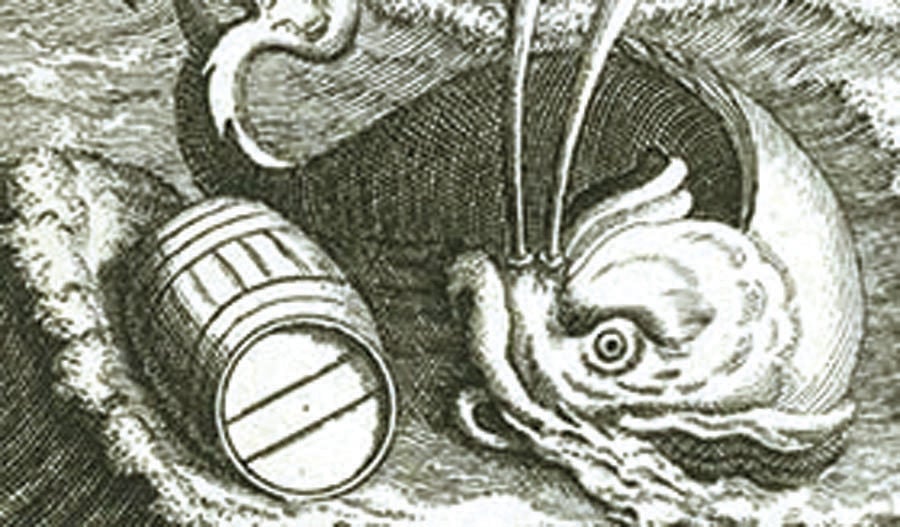 The rontispiece engraving by J. Mynde is pictured. Jonathan Swift’s "A Tale of a Tub" was referenced in the debates on the Bill of Rights. London: Charles Bathurst, 1739.

During the debates concerning the Constitution, a major issue was the lack of a bill of rights that limited the federal government’s power. Federalists, who favored a strong national government, argued that a bill of rights was unnecessary because individual citizens and the states maintained any power not explicitly given to the federal government in the Constitution. Anti-Federalists, who preferred that state and local governments have more control, wanted a bill of rights to protect individual liberty. The first ten amendments to the Constitution make up the Bill of Rights and were influenced by the English Bill of Rights, the Virginia Declaration of Rights, and the Massachusetts Body of Liberties. These amendments, known to most of us, guarantee such rights as freedom of speech, press, assembly, and religion.

THIS MONTH IN S.C. HISTORY: Perry delivers speech in 1853

Some anti-Federalists felt that the Bill of Rights were weak and did not address the underlying problem of the structure of the federal government. One such person was a Representative from South Carolina, Aedanus Burke (1743–1802), who described the Bill of Rights as “frothy and full of wind,” and said they were like “a tub thrown out to a whale, to secure the freight of the ship and its peaceable voyage.” This remark was an allusion to a story by Jonathan Swift about the morals of the English. Burke was born in Ireland, served in the militia of South Carolina during the Revolution, and elected to the First Congress in 1789. In 1782, he produced a number of political writings under the penname Cassius, including an “Address to the Freemen of South Carolina,” where he questioned the legitimacy of the colonial assembly that met in Jacksonborough. He is remembered as an opponent of Alexander Hamilton and served as second to Aaron Burr in his duel with John Church, Hamilton’s brother-in-law. Following the Revolution, Burke continued to voice his opinions and openly criticized the Society of the Cincinnati for being an elitist organization that threatened the philosophy of a republican country.

THIS MONTH IN S.C. HISTORY: Preparing a holiday feast

Once Congress approved the first ten amendments, they commissioned fourteen copies. President Washington sent a copy to each legislature of the original thirteen states and one copy remained with the federal government. The South Carolina legislature debated the Bill of Rights and voted to ratify them on January 18th and 19th, 1790. It was the forth state to do so, following New Jersey, North Carolina, and Maryland. Of the original copies, most are still in state archives and the federal government’s can be seen at the National Archives and Records Administration in Washington, D.C. Four states (Georgia, Maryland, New York, and Pennsylvania) are missing copies. North Carolina’s copy was stolen by a Union soldier during the Civil War but, with help from the FBI, was recovered in 2003.

This Month in S.C. History: The Palmetto Regiment is Celebrated in Columbia

With the exception of the days he spent in intensive care, this past week has been Boris Johnson's worst since taking office.

Rental car industry screeches to near halt: Here's what that means for automakers, buyers

The nation's rental car companies are in deep trouble. And that's another blow for the already struggling auto industry.

Writing as “Cassius,” Aedanus Burke penned this pamphlet in 1782.

The rontispiece engraving by J. Mynde is pictured. Jonathan Swift’s "A Tale of a Tub" was referenced in the debates on the Bill of Rights. London: Charles Bathurst, 1739.