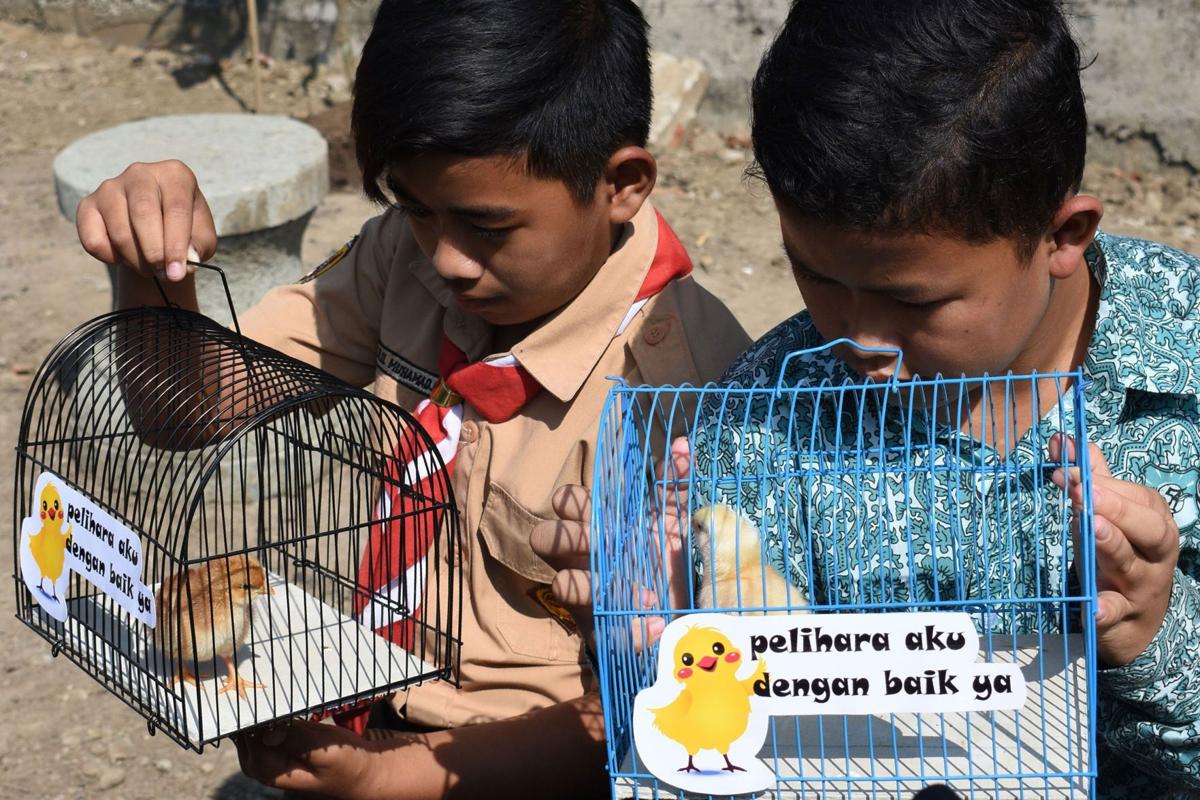 Indonesian pupils look at chicks in cages with signs that read "please take good care of me". 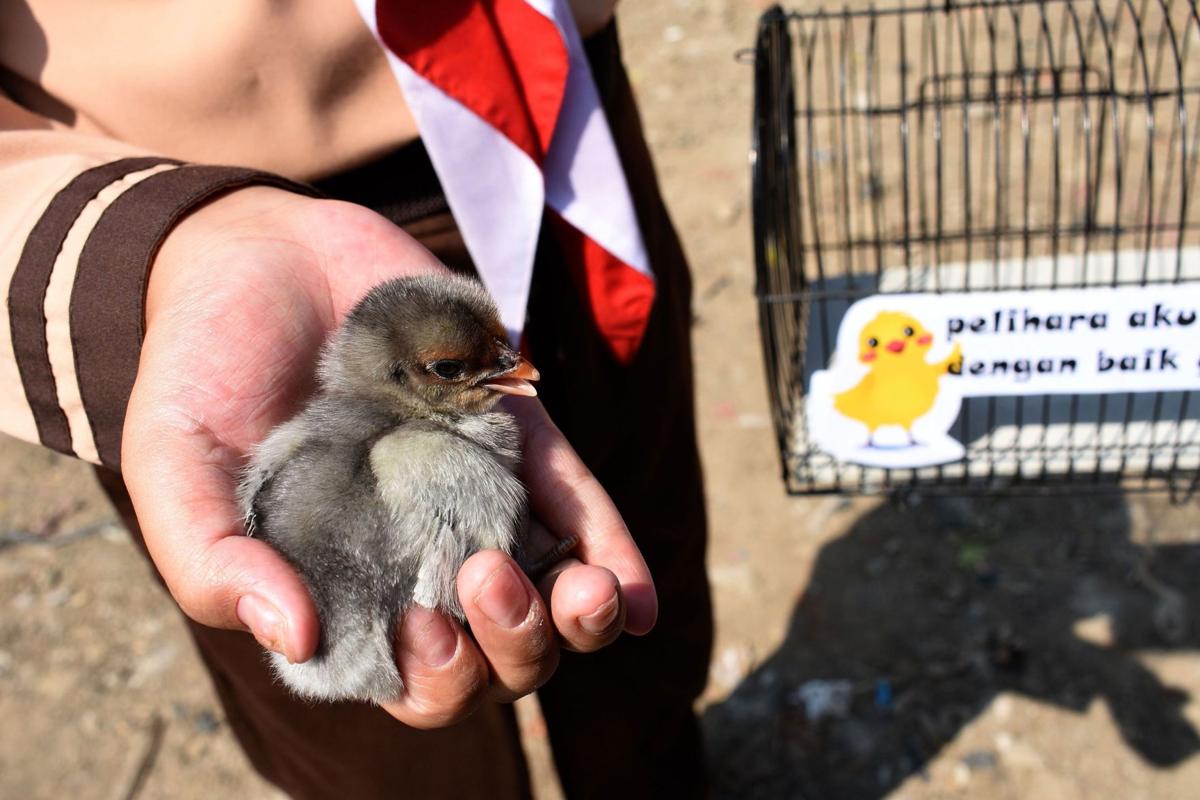 An Indonesian pupil holds a chick.

A city in Indonesia hopes nature can save kids from internet addiction. But can chicks and trees really replace iPhones and smart TVs?

The city of Bandung in West Java has launched a pilot program to get students away from screens by giving them baby chickens and chili seeds in the hopes that the children will spend less time on electronic devices and more time caring for their pets or plants.

The Bandung government said that 2,000 chicks and 1,500 chili seeds are being provided to 10 elementary schools and two junior high schools in the city, which is about 150 kilometers (93 miles) southeast of the capital Jakarta.

Mayor Oded M. Danial held a symbolic hand-over ceremony earlier this week to launch the program. He said he hopes the project will help get children to use electronic gadgets less frequently, but that local education authorities need time to evaluate it.

Several parents in Bandung appeared supportive of the program dubbed "chickenization," according to an article posted on the local government's official website.

"It's good to increase the discipline of children. Caring for trees is better than playing with cellphones," local parent Elis Puri said. Elis' daughter was given chili seeds.

Several children who were given chicks said they had various plans for the birds. One fifth grade student said he hoped to breed chickens, while a seventh-grader said he hoped to care for his chick until it was big enough to cook.