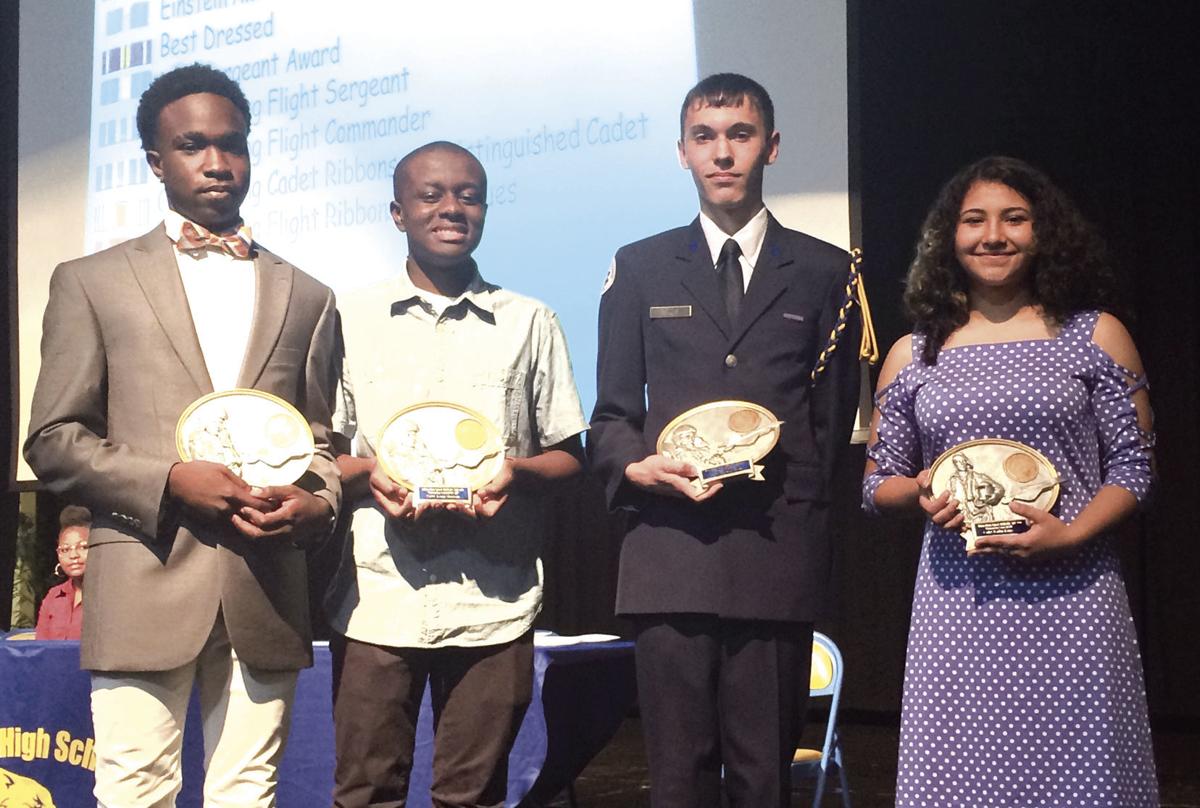 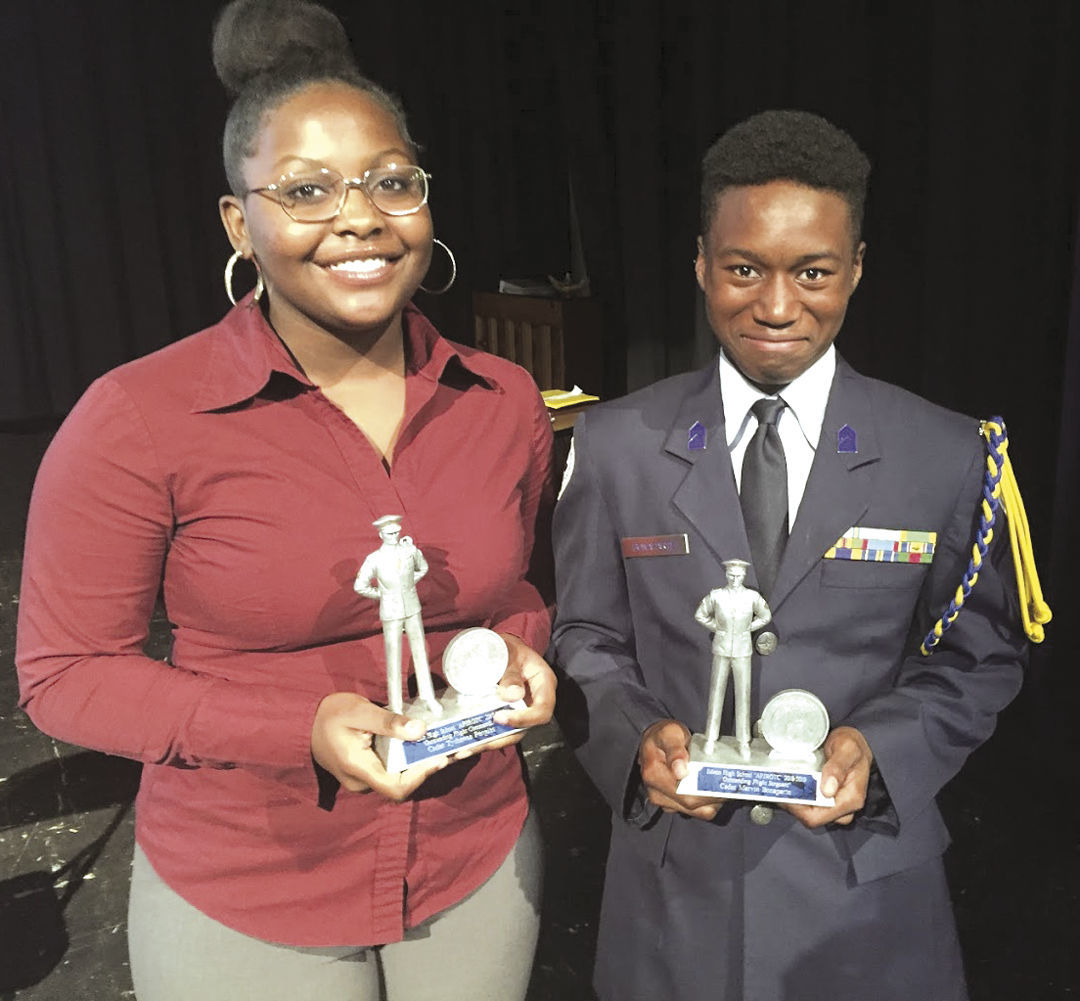 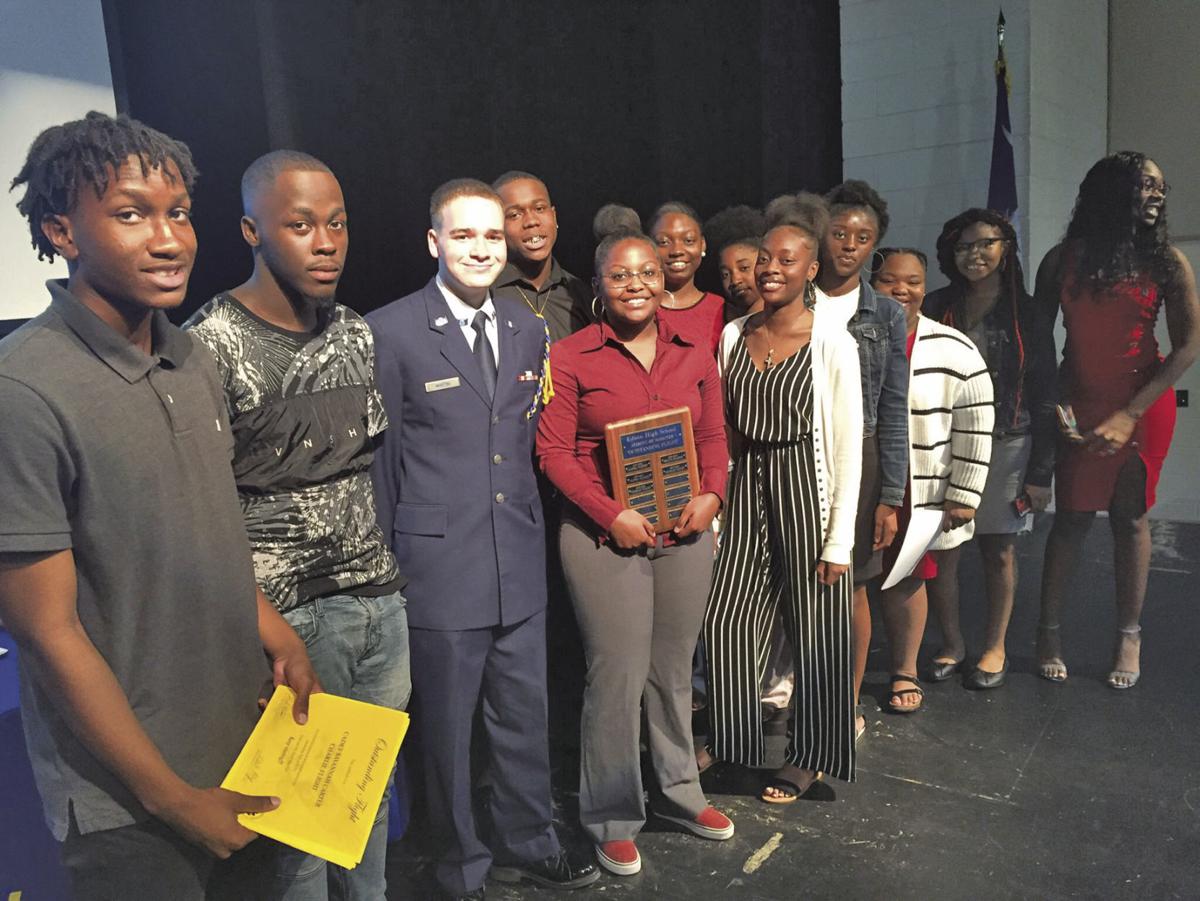 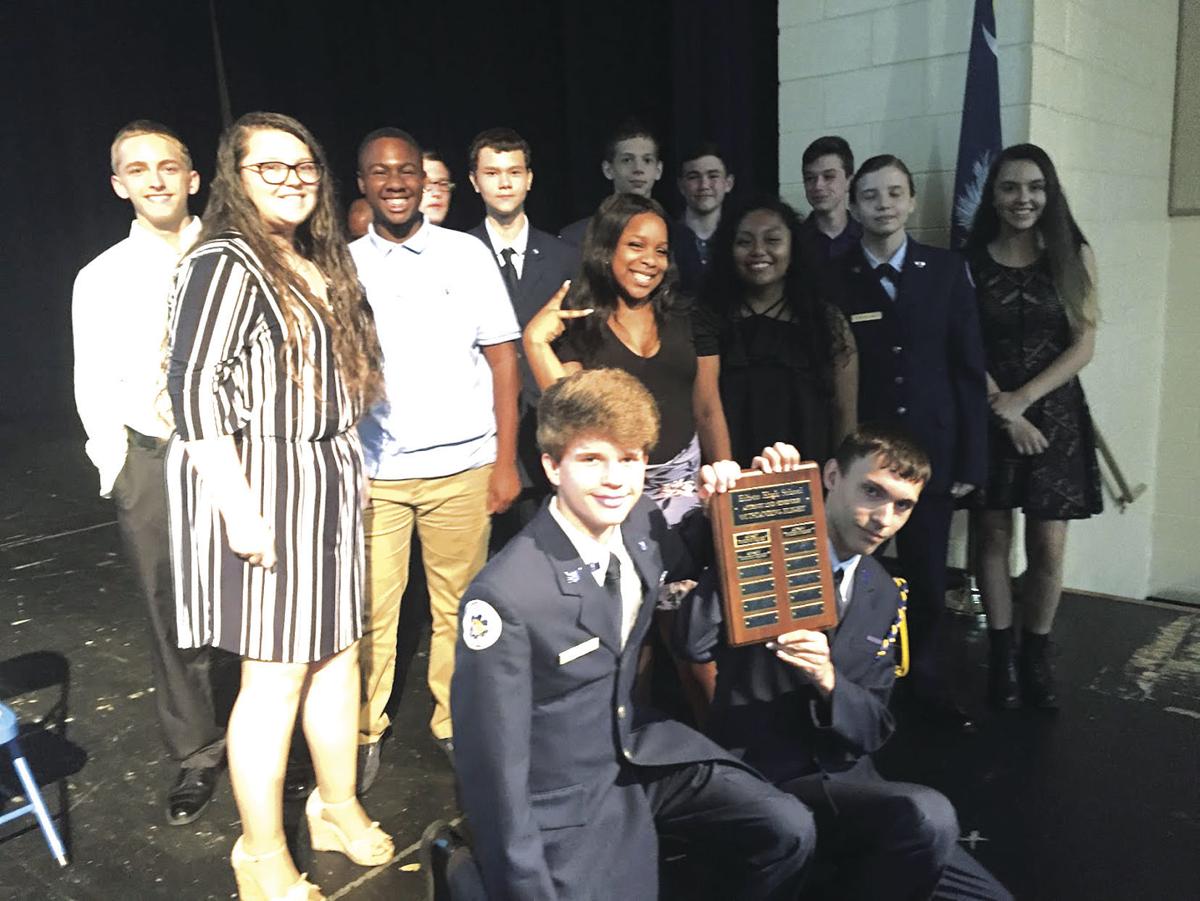 CORDOVA -- The Edisto High School Air Force Junior ROTC unit SC-20021 had its annual awards ceremony Thursday, May 9, in the school's auditorium, where a group of student cadets was honored for their hard work, dedication and service to community.

The AFJROTC provides more than 1,500 hours of community service each year. Throughout the school year, cadets have conducted roadside cleanups, food drives and helped with blood donations for Edisto High School.

More than 600 ribbons and medals were presented during the ceremony, including 20 from local area fraternal and service organizations.

Super Jock/Jill awards were given out to Cadets Marvin Bonaparte and Mattie Zeigler.

Cadets from Charlie and Foxtrot took honors as the best flight for each semester.

It was also announced that Edisto High AFJROTC earned the National Distinguished Unit award with Merit for 2019. This award is reserved for the best of all JROTC units nationwide. This is the 14th year that Edisto High School has earned this national award.

"The Edisto High School Air Force JROTC citizenship program is making a positive impact on the cadets, the school and the community,” Ron Henderson of HQ AFJROTC at Maxwell AFB, Alabama, said during the group's inspection in March.

THANKSGIVEAWAY -- Enter our contest for your chance to win $5,000!