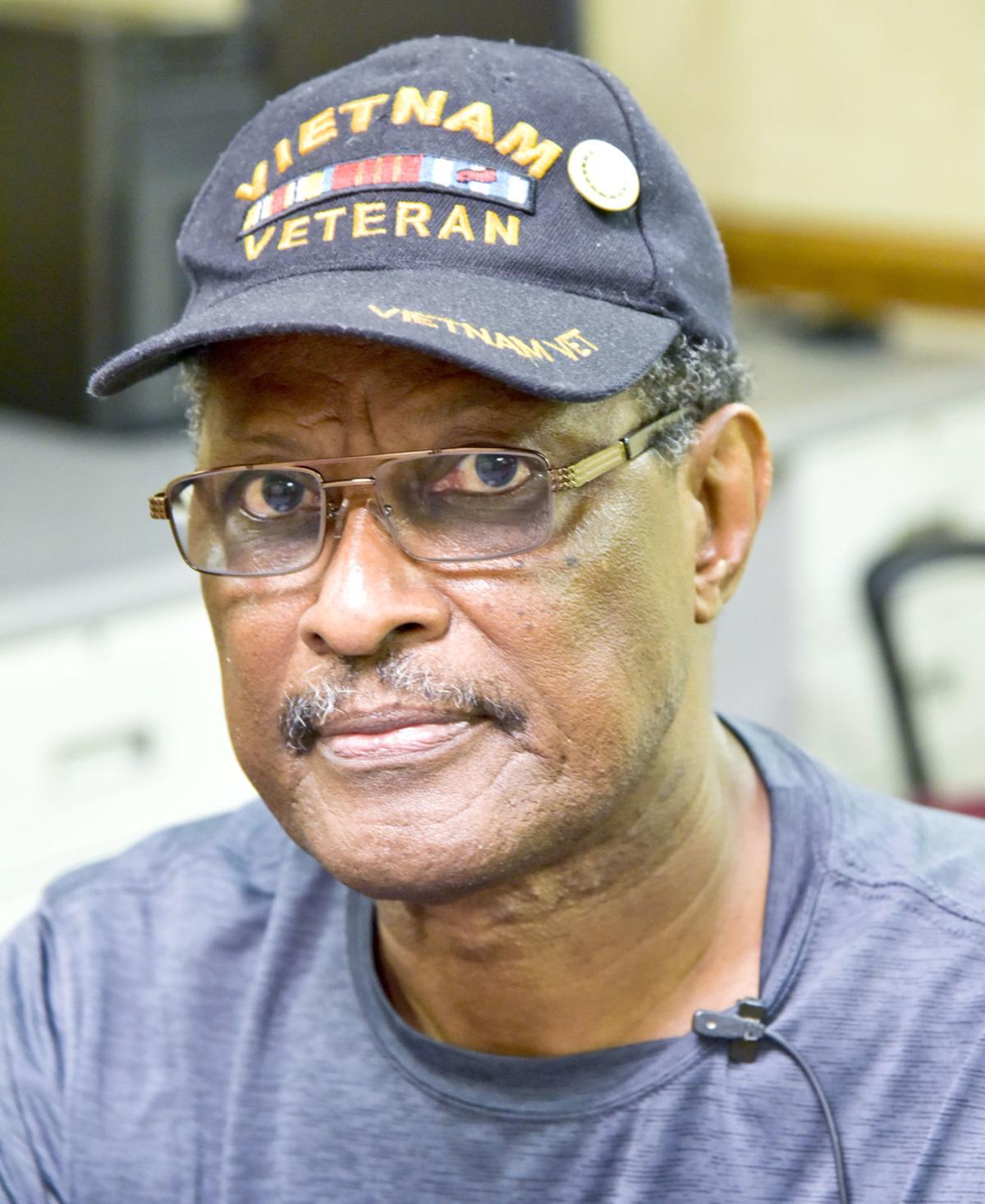 “Vietnam is an experience that I will never forget. I wish never to go back through another war,” Jerry Sims said. 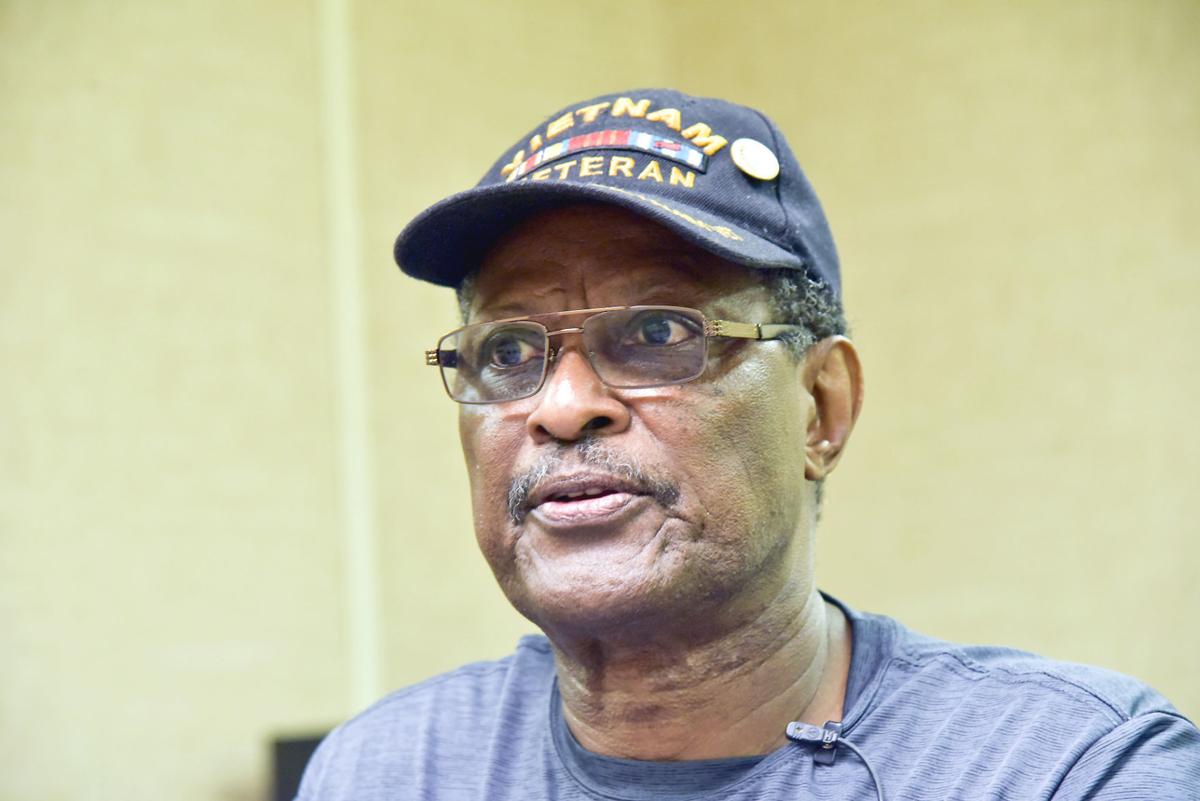 Jerry Sims, a Purple Heart veteran, talks about his experiences during the Vietnam War.

“Vietnam is an experience that I will never forget. I wish never to go back through another war,” Jerry Sims said.

Jerry Sims, a Purple Heart veteran, talks about his experiences during the Vietnam War.

Jerry Sims is still sometimes haunted by his experiences in the Vietnam War, but his faith in God and a desire to help other veterans keeps him looking forward, he said.

As a U.S. Army infantryman, the Purple Heart veteran was one of the troops on the ground in the war-ravaged Southeast Asian country.

STORIES OF HONOR: 'I was doing my job' -- WWII vet proud of serving -- and surviving

For a long time, he kept seeing the face of the first man he killed.

“My first day with the company after just joining them, I had a kill, and that kill really. ... I couldn’t sleep for a while because I wasn’t used to killing and hitting folks,” he said.

But sleep can be a dangerous thing during a war.

“When you’re pulling guard duty at night and you’re out in the pitch black dark, it’s easy if you’re not careful and it’s nice and quiet to fall asleep after walking all day and humping up and down the boondocks.”

“I’ll never forget, before I actually got hurt, it was in the daytime and we was supposed to go out and set up an ambush that night.”

By the time darkness came, “I really couldn’t hardly see my hand before my face, and they’re talking about sending you back out,” he said.

“I guess I prayed so hard that night, I don’t think I prayed that hard no other time.”

His prayers were answered.

“They called off that ambush that night and I didn’t have to go,” he said.

“And after that, I made platoon sergeant, so I really didn’t have to no longer be the person with a machine gun. But I still had to watch me.”

Sims had already started working when he was drafted.

After high school, he attended Denmark Technical College for six months, then took a job at Greenwood Mills. He left when he was drafted into the Army in 1966.

He took basic and advanced training at Fort Jackson. He got two weeks at home before shipping out to Vietnam in March 1967, where he took two weeks of infantry training.

“From there, they assigned me to my combat unit, which was the 1st Cavalry,” he said. “I stayed in Vietnam for nine months, 26 days.

Claymore mines were directional mines used by the U.S. armed forces. Sims said he’s not sure if it was an accident or not, but he strongly suspects that the mine was turned around and repurposed by the enemy.

He was sent to a field-based hospital in Quin Yon, then to Japan.

“In the meantime, all they could do was give me antibiotics and not sew me up because I had more stitches in me,” he said.

“And from Japan, they took all the metal they could out of me, put stitches back in and then, as I healed, they put me in a whirlpool. I got in the whirlpool and it was too early because the stitches bust, the skin bust back open.”

The doctors had to use a metal-like tape to hold his wounds closed, he said.

“Still, at that time with all that, I thought I was going to get out of the military. They relieved me from the hospital ... and sent me to Fort Campbell, Kentucky, to do nothing,” he said.

He had doctor’s orders for no prolonged running, jumping or stooping and no extra training. He eventually did train to be a funeral burier. He did that job as well as picking up soldiers who had left their posts without permission, he said.

“In the meantime, all I did was pick up AWOL (soldiers), the funeral details, post CQ (change of quarters) and I guess along the way, stayed drunk,” he said.

“Because being hit by the shrapnel, it took me a good while because I was split in the center, both legs had shrapnel and I had to learn how to walk.

“Actually, they told me I wasn’t going to walk again, but I guess hard work, prayers and believing in God is what kept me alive and had me today to where I am to press on and not look back, but to look forward.”

When he was finally discharged in 1968, he didn’t want to work for a while.

“But I eventually went back to school, took automotive, and I worked at ... it was Jennings Exxon at the time,” he said.

He worked there for about 35 years.

“I retired in 2002 at the age of 56 – I just had to get out because it was too stressful, and not only that but it came to bother my legs and my back.”

“But Vietnam is an experience that I will never forget. I wish never to go back through another war, though,” he said.

“That’s something I don’t wish on nobody.”

More in STORIES OF HONOR: allegiance, heroism and determination (6 of 18)

"They told me I wasn’t going to walk again, but I guess through hard work, prayers and believing in God is what kept me alive and had me today to where I am to press on and not look back, but to look forward.” --  Jerry Sims

A GREAT guy who I have long respected!!!!

SAVE on your first 3 months! Join today