STORIES OF HONOR: From aircraft mechanic in Vietnam to top-flight flight instructor
1 comment
Share this
{{featured_button_text}}
1 of 3 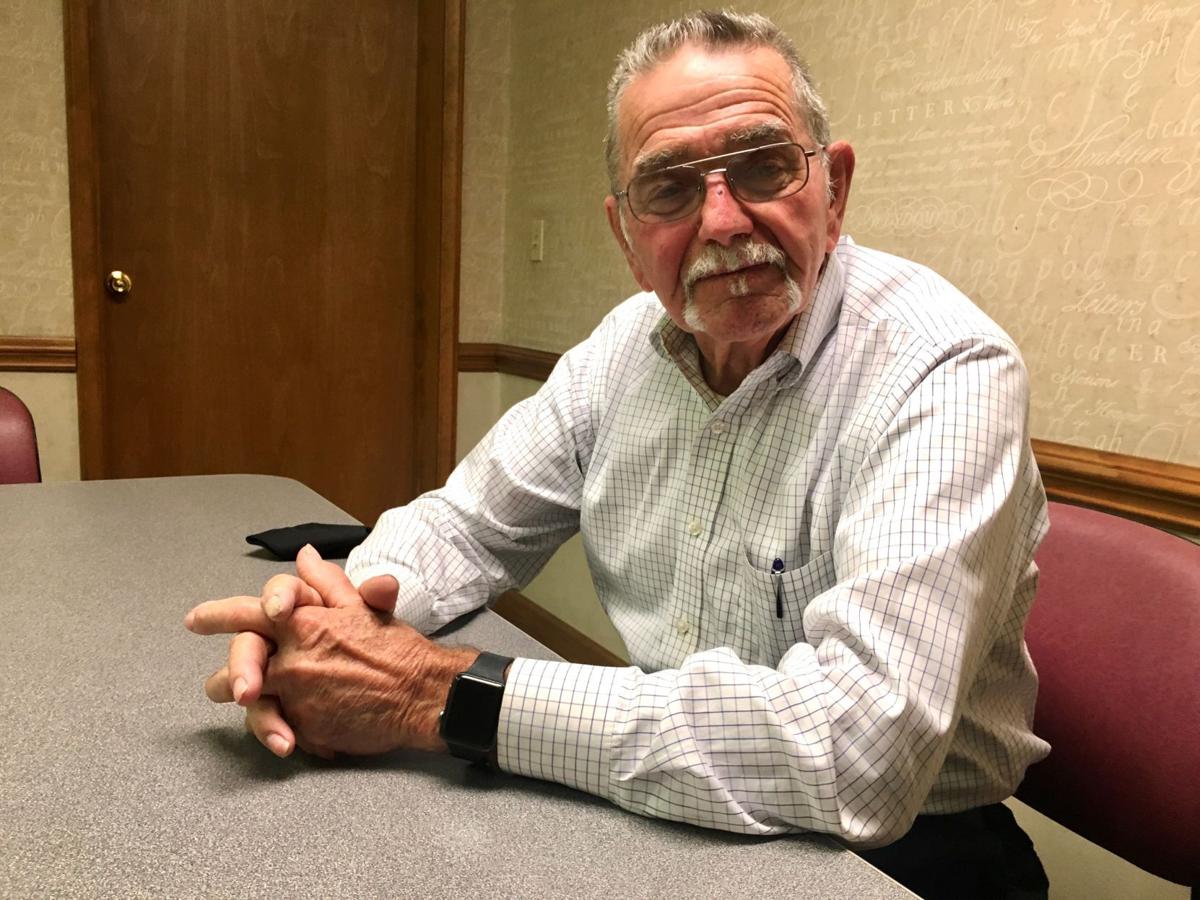 Veteran Carroll Joye of Cope said he had "a good life" in the Air Force and after. 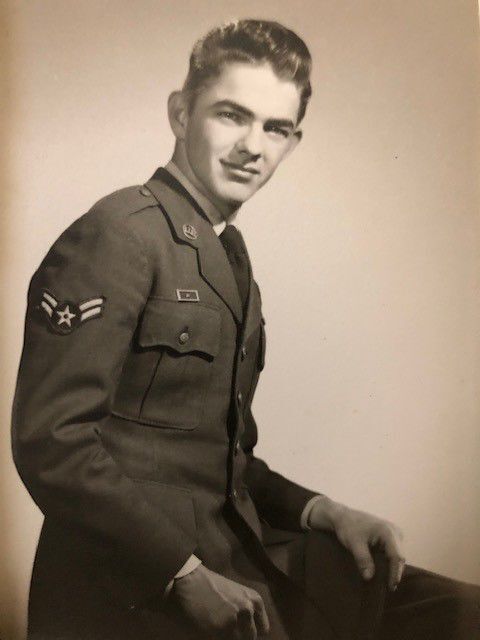 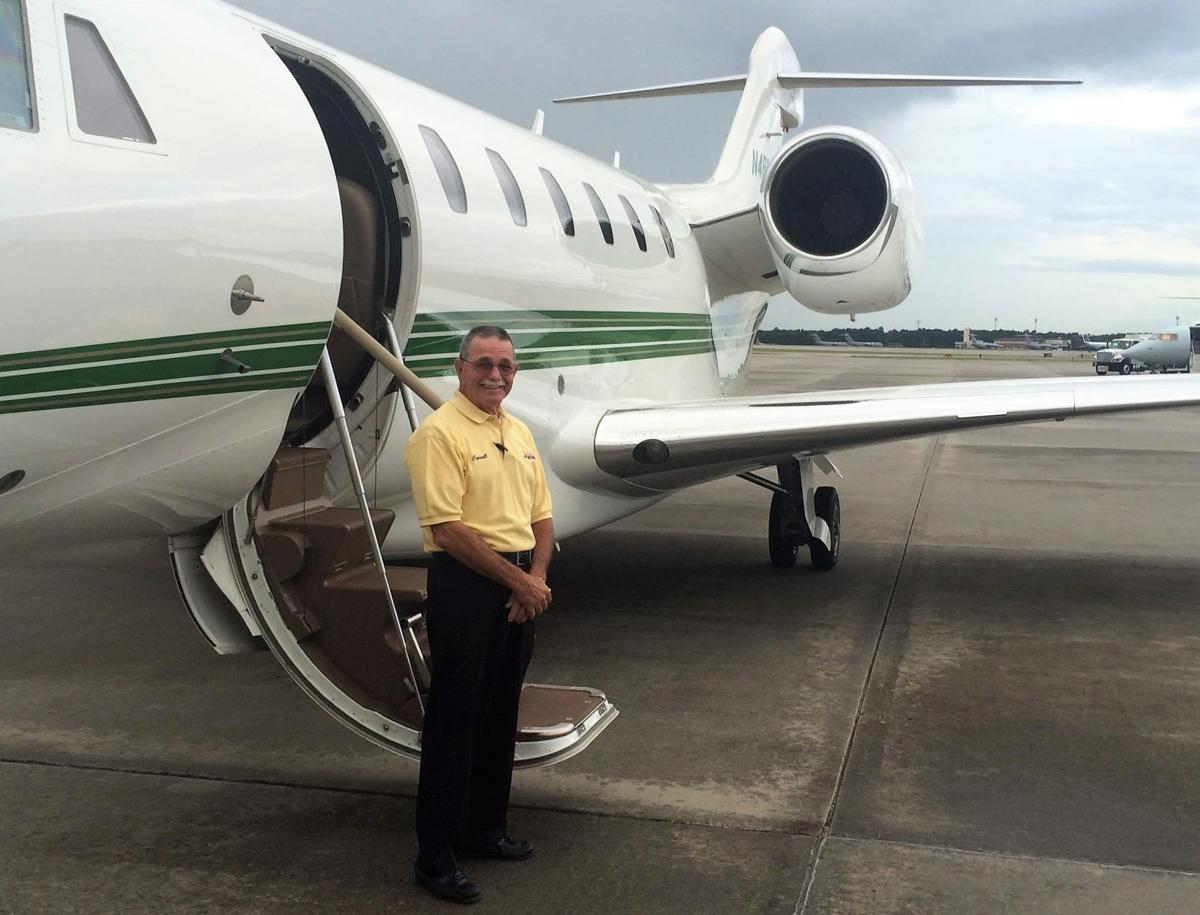 After the Air Force, Joye worked as a corporate pilot and flight instructor.

As an aircraft mechanic, U.S. Air Force veteran Carroll Joye didn’t see combat in Vietnam, but he did have some harrowing experiences.

He used to see planes flying in, shot up and damaged. And one time, the damage was just too much.

“By the time we got to the pilot, he was dead,” Joye said.

Another time, Joye was shot at. He and another mechanic were working on a plane on a run-up used for repairs and running engines. It was an isolated area.

Some Viet Cong penetrated the fence and began shooting at them. Joye was on the wing of the plane at the time.

“I heard this ‘ping, ping, ping,’” he said. He realized the Viet Cong were firing on him.

He and the other mechanic chased the perpetrator and shot at him.

Joye recalls a time when a fellow airman asked him to accompany him to a nearby city for a few drinks. Joye told him he didn’t feel like it, so the man went anyway. That night, the Viet Cong decided to attack the city.

Joye waited by the gate all night for his friend to come in. Finally, the next morning, his friend showed up, bloody but alive. It forged a deep bond of friendship that lasts to this day, according to Joye.

He said he still has dreams about Vietnam, although they are not as frequent as they used to be.

“It was a good life, it was a great life,” said Joye of his time in the Air Force and as a pilot.

Stories of Honor 2021 -- the program and sponsors

“And I would encourage anybody if they don’t have some goal in mind, such as a doctor or lawyer or something like that, to at least join the Air Force,” he said. “There’s so much you can do.”

The 82-year-old kind of entered the military on a whim. But it turned out for the best.

‘And I spent 22 years in there, and it’s probably the best thing I ever did in my life.”

“We lived down below Branchville ... I went to school in Bamberg for the first through the sixth grade. Then when I moved to Rowesville, I went to Orangeburg High School, it was back then. Then I finally ... went through 11th grade at Edisto – and that’s when I joined the Air Force,” he said.

Flying was “the best thing that ever happened,” he said. “I think it’s the greatest thing in the world that I ever did, other than give my life to God.”

“While I was in the Air Force stationed over in Spain, I learned to fly. And I became a flight instructor, and this coming July 17 will be 50 years I’ve been teaching people to fly.”

In the Air Force, he moved stations 13 times – one of those being Vietnam, where he was an aircraft mechanic.

STORIES OF HONOR: Vet says Vietnam service 'made better man out of me'

He later went to Spain, where he began flight training. A new guy came in and said he was taking a flight lesson.

After retiring from the Air Force as a master sergeant, he started teaching as an automotive mechanic instructor. He later worked as a corporate pilot and flight instructor, which he still does.

Facing the expense of flying, Joye decided to become a flight instructor so he could earn money while continuing to enjoy this new diversion. Fueled by steadfast determination to achieve, he advanced from first-flight neophyte to private pilot to flight instructor within a year.

A natural-born flight instructor, Joye possesses an easy-going, but firm, demeanor. He is known for his unfailing ability to handle any aircraft incident with swift thinking and a level-headed manner.

In the fall of 1995, nominated by former student Raymond S. Graule, Joye was named "Certified Flight Instructor of the Year" by the Federal Aviation Administration. Graule commended his trusted teacher as a man who exhibited a serious approach to flying coupled with bouts of well-timed humor which made learning to fly a very rewarding and enjoyable experience. At that time, Joye held many licenses, spanning from the initial private pilot to airline transport pilot, and ratings including instrument, single-engine, multi-engine and the esteemed flight instructor status

He is also a former manager of the Orangeburg Municipal Airport.

He and his wife Beverly live in the Cope area. He has a two daughters, two sons and two stepsons; 14 grandchildren; and several great-grandchildren.

Five of the fastest dog breeds on the planet

Five of the fastest dog breeds on the planet

The T&D Stories of Honor program is in its third year. The program accepts nominations of local veterans and active-duty military personne…

“My job was to transport and make sure they get what’s needed on the front lines,” said 57-year-old Lt. Col. Andrew Dallas Green, U.S. Army, retired.

Keever Folk of Ehrhardt joined the U.S. Army in 1967 at the age of 19 and was sent to Vietnam right after going through basic training.

Veteran Carroll Joye of Cope said he had "a good life" in the Air Force and after.

After the Air Force, Joye worked as a corporate pilot and flight instructor.