Democrats swing behind bipartisan virus aid bill; Biden calls it 'down payment' ahead of inauguration

STORIES OF HONOR: At 96, World War II soldier continues to struggle with war's impact
0 comments
Share this
{{featured_button_text}}
1 of 3 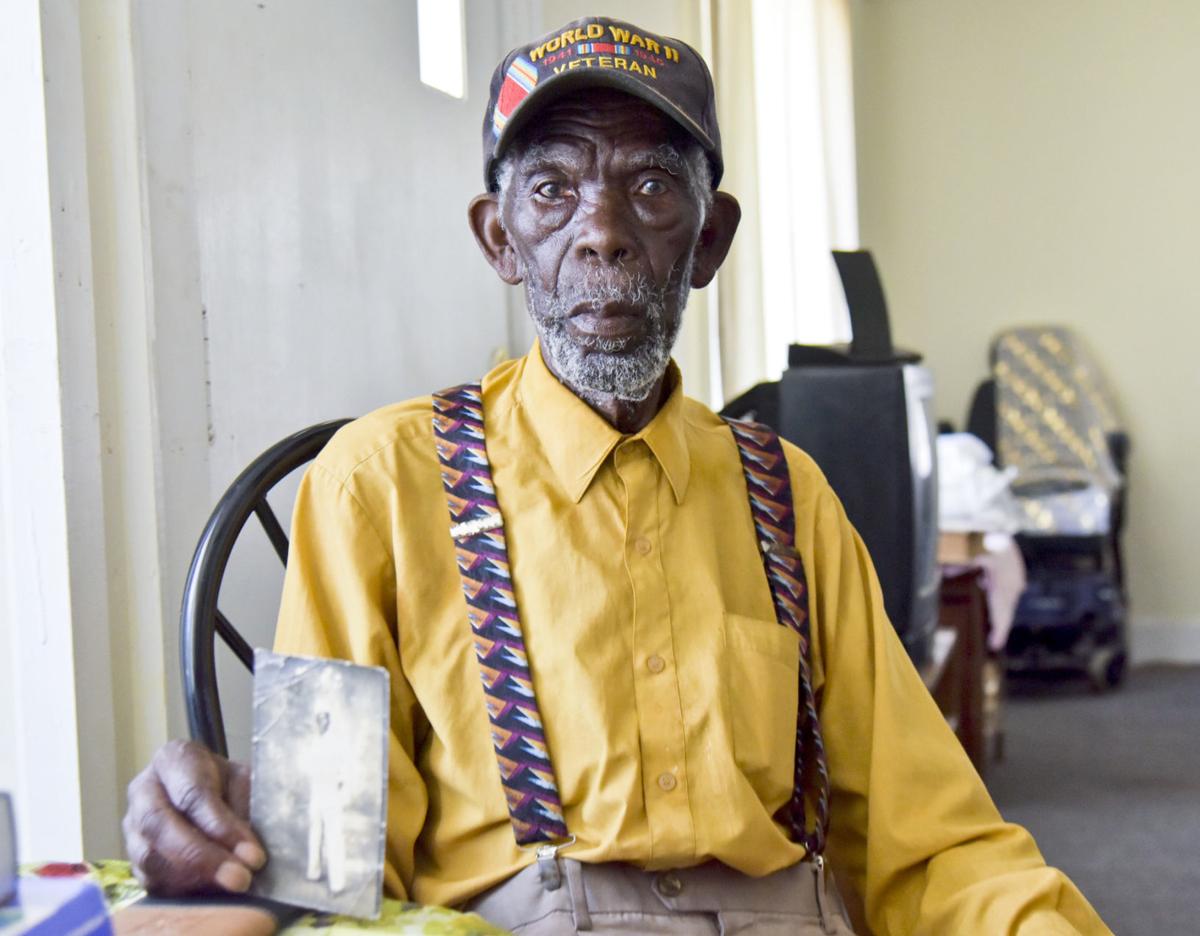 96-year-old North resident Dan Wannamaker served in Texas, Ft. Hood and Camp Swift, after being drafted into the Army during World War II. 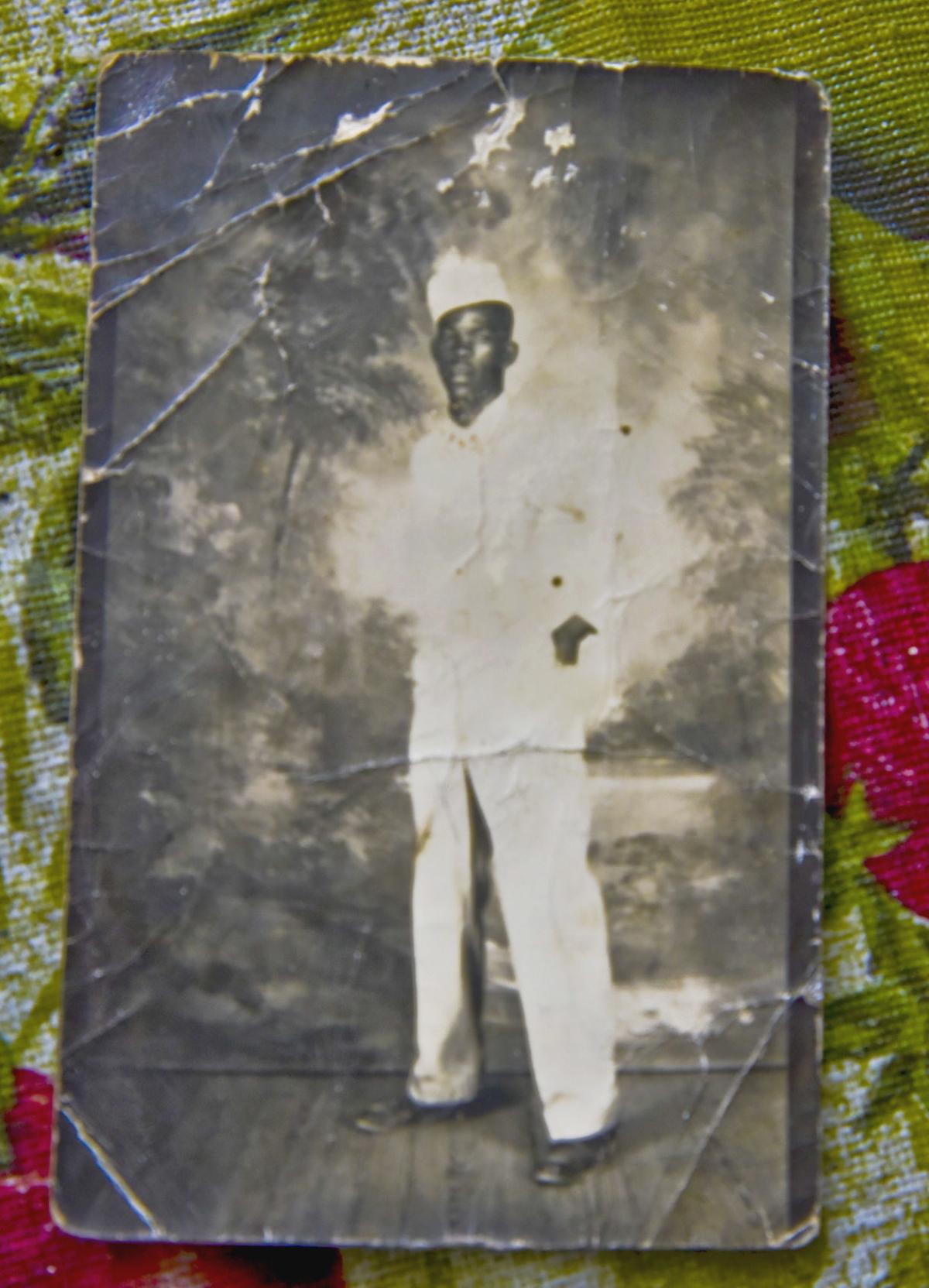 World War II veteran Dan Wannamaker answered the call of duty when he was drafted into the U.S. Army, but the 96-year-old says military service was challenging for him.

"I feel like I did everything they told me to do, but I rebelled a lot of times," Wannamaker said, reflecting from his North residence on his service as a private in the U.S. Army.

"I did not like using guns and things,” he said.

'We owe them all': Norway remembers the fallen, honors vets during ceremony

Wannamaker's story began on a farm in St. Matthews.

Born on July 4, 1922, he learned hard work on the farm riding mules, chopping and planting cotton and raking corn.

"That was the farming thing back then," he said. "Sharecropping."

As a young adult, Wannamaker worked at a Columbia restaurant called "The Grill" for a time as an excuse to leave the farm. Later, he headed to Philadelphia.

"I was running from the farm," Wannamaker said. "I didn't want to farm anymore. I didn't like the sun out there too much. It was hard work, but it wasn't when you are young and strong enough to handle it."

In Philadelphia, Wannamaker worked a number of jobs to make ends meet including in construction and in the shipping department for Walgreens drug store.

Stories of Honor: The series and sponsors

Wannamaker then got a job working for the U.S. government as a mint smelter.

He then got “caught in the draft” and came back to South Carolina. He was around 22 years old at the time.

"My daddy told me to not go in the Army," Wannamaker said. "He wanted me to work on the farm because all the work we had to do."

But the young Wannamaker did not have a choice.

"They were drafting at that time," he said.

He later joined the 784th Tank Battalion at Fort Hood in Texas. The battalion was one of the Army's segregated combat tank battalions during the war.

After being transferred from Forth Hood to Camp Swift, Wannamaker found out that his previous battalion at Fort Hood was deployed overseas.

Wannamaker's military service ended and he was called back to South Carolina July 22, 1944.

He got married and had six children, three of whom are still living.

Wannamaker said World War II was costly. He lost a lot of friends in battle -- "a whole lot of them."

The war was and still is something he still struggles to understand.

"Now I could understand why my daddy did not want me to go to the Army," he said. "It is the kind of thing where you had to kill and fight people that you did not know anything about."

Wannamaker said he also had problems with oaths, which he points out the Bible says should not be taken.

"When you take an oath, you will have no control over yourself," he said.

Despite struggling with cataracts, Wannamaker says he continues to read his Bible and enjoys going to church.

Wannamaker has not let his age slow him down.

He tries to make it to the First Citizens Bank in North daily for his morning coffee and still is active riding his bicycle whenever and wherever he can.

When asked the key to his longevity, Wannamaker simply said, “watch what you eat and what you drink.”

"I learned that from my mama on the farm," he said, noting he would eat a “little bit of chicken and a little bit of pork.”

The Stories of Honor program is accepting nominations through June 24, 2019, of local veterans and active-duty military personnel from all branches of the armed forces who live in Orangeburg, Bamberg or Calhoun counties.

Select stories are being featured weekly in The T&D and at TheTandD.com from May 26 through Aug. 11, with a bonus story on June 6, the 75th anniversary of D-Day.

The series will be followed up with a commemorative special section on Sunday, Aug. 18, and a special event honoring all featured veterans the following week on the campus of South Carolina State University.

Nominations can be submitted online at thetandd.com/forms/promo/storiesofhonor or by mail to: T&D Stories of Honor, P.O. Drawer 1766, Orangeburg, SC 29116. Please include your name, email address, daytime phone number and the nominee’s name and branch of service.

Every Sunday from May 26 through Aug. 11, a veteran's story will be featured in The Times and Democrat and at TheTandD.com. You can nominate a veteran to be honored by submitting a story at https://thetandd.com/forms/promo/stories of honor/ or by mailing to T&D Stories of Honor, P.O. Drawer 1766, Orangeburg, S.C. 29116

Gene Gartman Sr. served in Korea with valor and perseverance, performing the grim but necessary task of caring for the war dead.

Kurtis Yarbrough grew up in the tough streets of Bronx, New York, and never imagined a future that would land him in the military and educatio…

On June 1 a long-overdue memorial service was held for Confederate Private Henry Mitchum, who was a Native American from Ehrhardt.

Old Friends week kicks off in Bamberg on Sunday

Flying since the mid-1970s as a private pilot, Jim Tobul of Bamberg began in earnest doing his part to keep the military service of warbirds, …

Remembering the Battle of the Bulge

Monday, Dec. 16, will mark the 75th anniversary of the Battle of the Bulge, the largest and bloodiest single battle fought by the United State…

96-year-old North resident Dan Wannamaker served in Texas, Ft. Hood and Camp Swift, after being drafted into the Army during World War II.