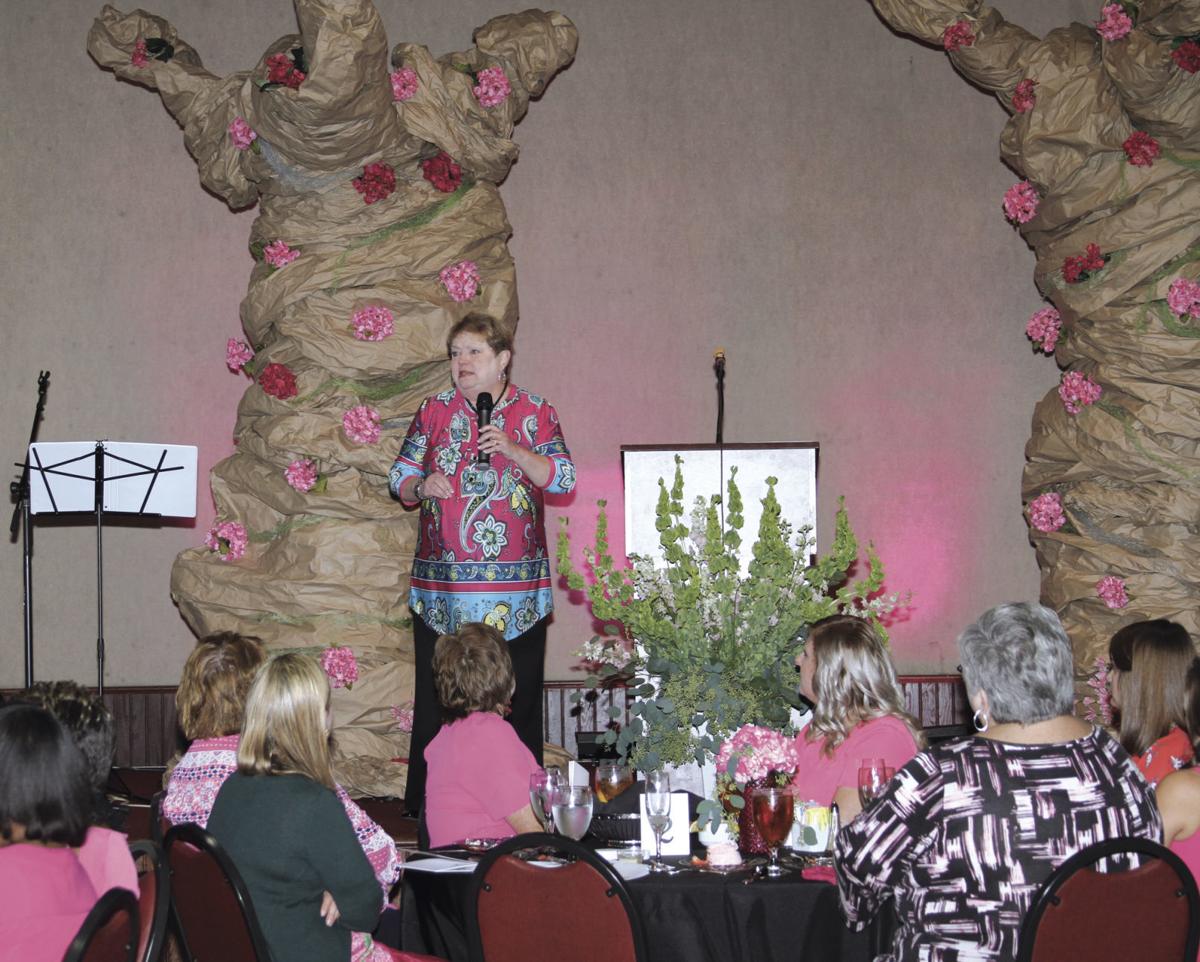 A crowd of guests listens to speaker Debbie Childers during of the Pink Ribbon Luncheon. The luncheon, which began in 2005, has raised more than $515,000 since its inception. 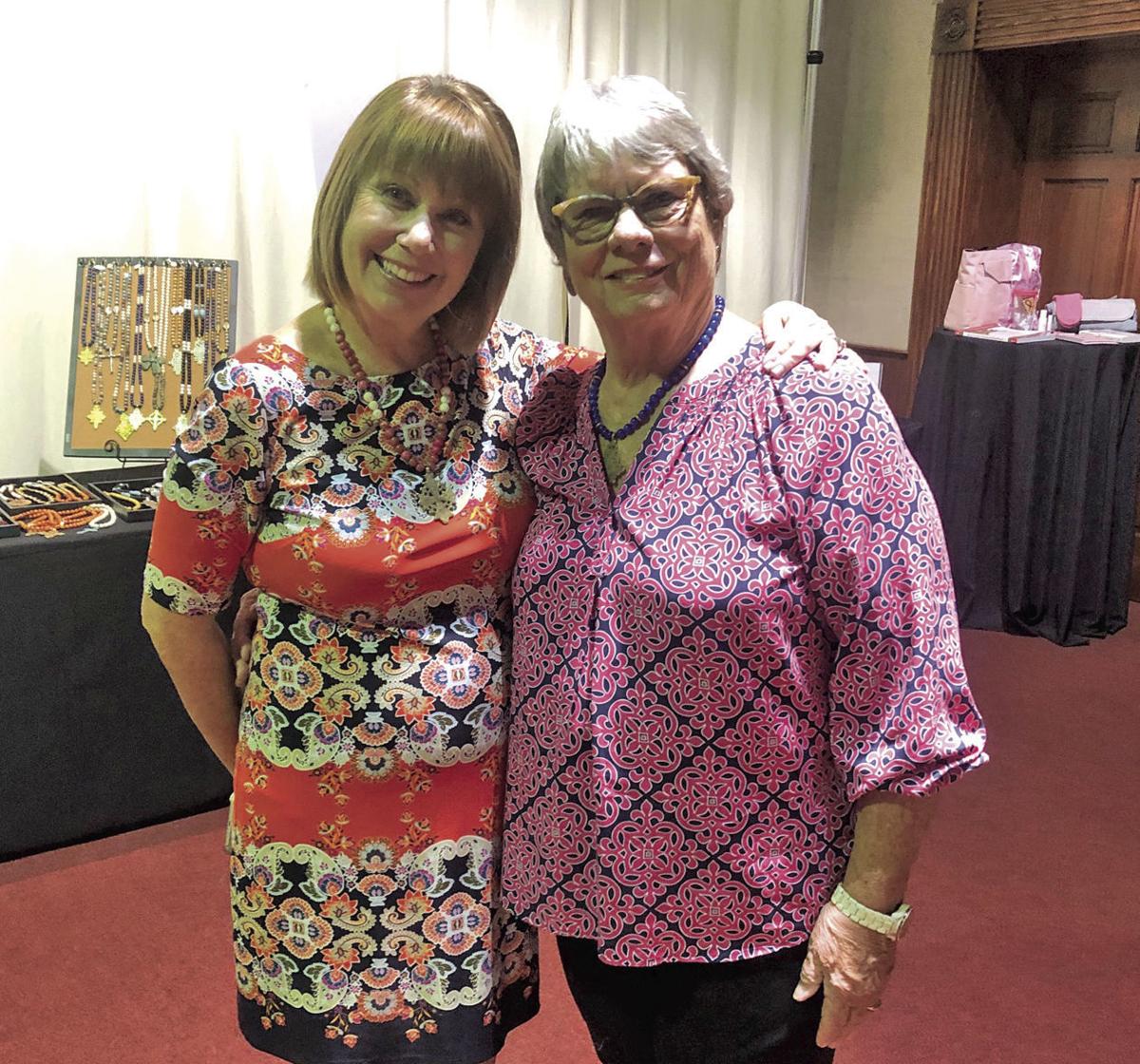 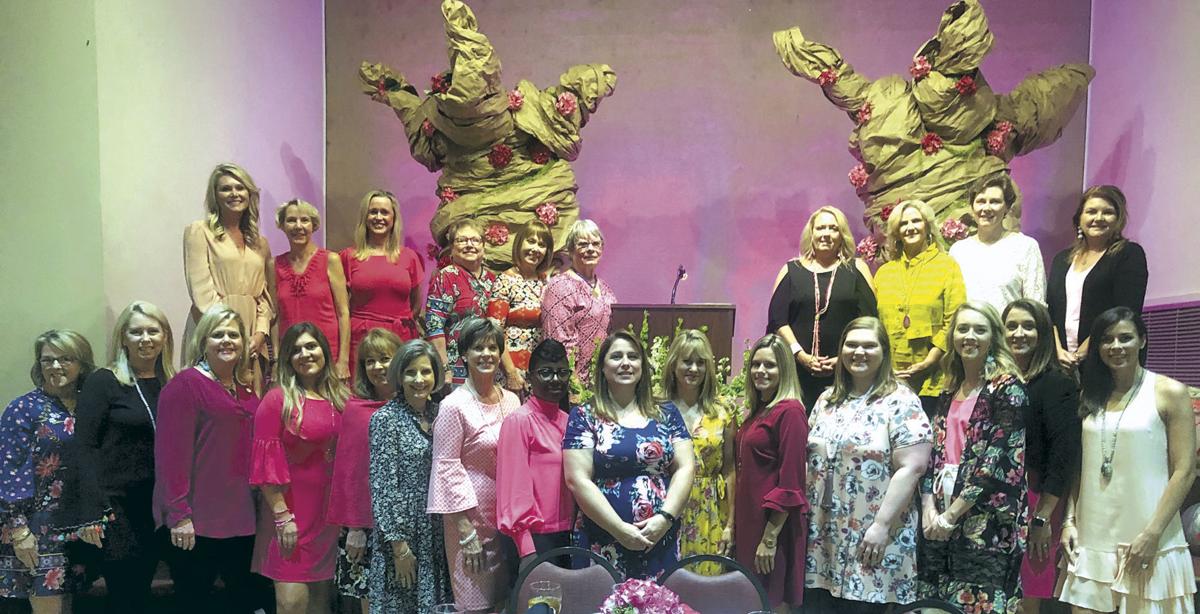 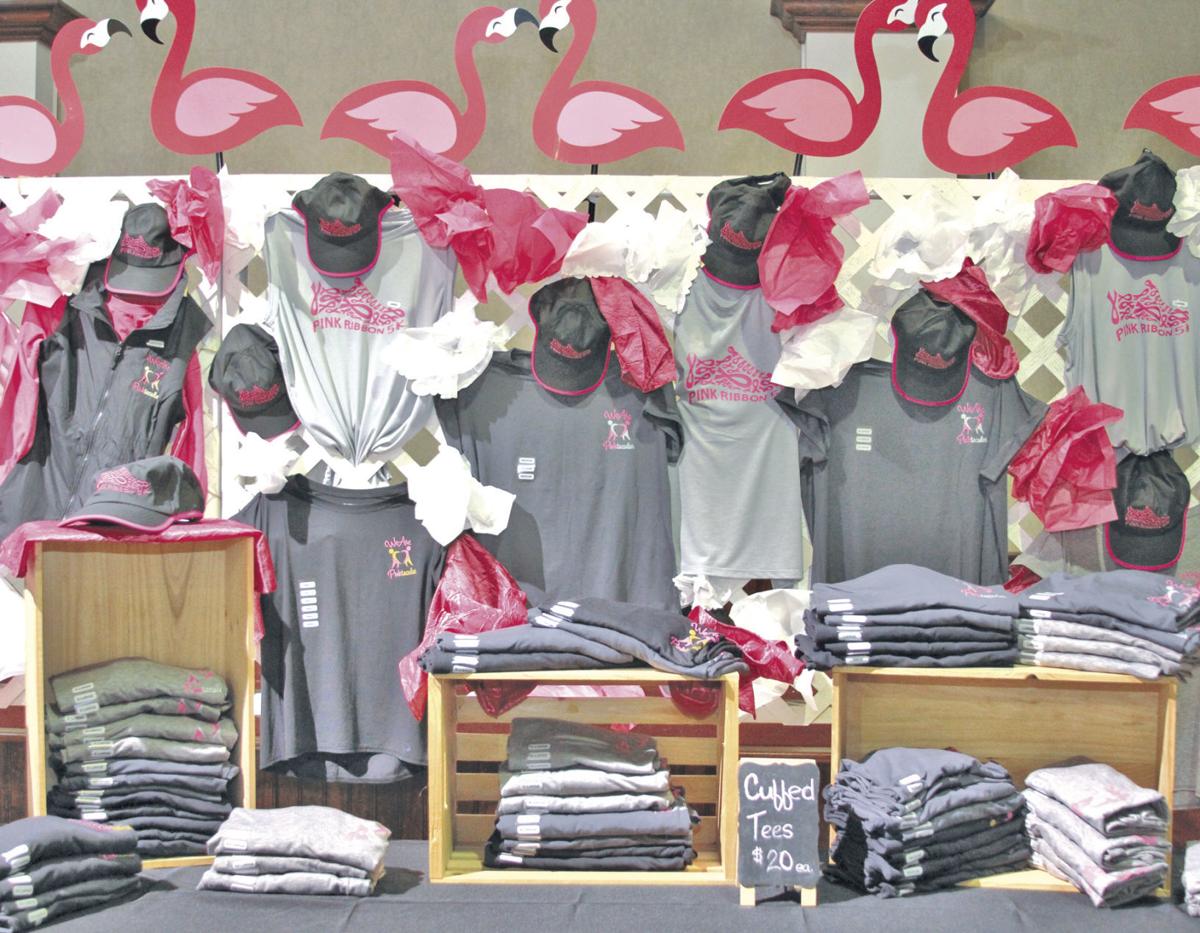 The Marketplace featured pink ribbon apparel, hats and jewelry. Pink flamingos, in memory or in honor of a loved one, could be purchased. The flamingos are on display along the walking trail at Regional Medical Center.

A crowd of guests listens to speaker Debbie Childers during of the Pink Ribbon Luncheon. The luncheon, which began in 2005, has raised more than $515,000 since its inception.

The Marketplace featured pink ribbon apparel, hats and jewelry. Pink flamingos, in memory or in honor of a loved one, could be purchased. The flamingos are on display along the walking trail at Regional Medical Center.

A fun-loving speaker came full of delightfully funny and inspiring stories from her and her family's life as part an annual event whose mission is to offer support and education to women about breast cancer, a leading cause of cancer deaths in the United States.

Humorist Debbie Childers was the featured speaker at the Regional Medical Center Foundation's 15th annual Pink Ribbon Luncheon on Oct. 15. Childers, a preacher’s wife, shared stories from everyday life and events in her own personal life with a quick wit and profanity-free comedy.

'When life flips, don't be a flop': Women urged to take care of health, realize the healing power of humor

As she looked out over the audience of more than 300 women gathered at The Cinema, most of whom were donning pink attire, Childers said she was "just tickled pink" to be at the event.

A resident of Georgia, Childers said she had driven down to Orangeburg on Monday and was left a bit confused along the way. She said she drove through Augusta, Georgia, to get to North Augusta, South Carolina, before eventually heading southeast through the Town of North along the North Road.

She said she was left thinking, "What are these people doing to me?"

She said it also may have been a good idea that she left her husband at home.

"He is ADD off the charts. I never know what kind of shape my house is going to be in," she said, noting that her husband also keeps losing his glasses.

Childers, the grandmother of seven, also uses her children as subject matter for her lighthearted jokes, including her daughter, an artist.

"She sort of inherited the ADD from her daddy," Childers said, recalling how her daughter once dropped her beloved Ray-Ban glasses in a port-o-potty while attending a festival in Tennessee.

It was a while before anyone offered to dig them out, but a kind gentleman eventually performed the dirty deed. It wasn't too long afterward that her daughter accidentally put her retainer in the trash can at a fast-food restaurant.

When even her daughter's boyfriend refused to dig through trash to get it, who was the one to offer to get her retainer? The same kind gentleman who had dug her glasses out of the portable toilet.

Childers said her daughter didn't reveal her identity, but simply thanked the man, who said it "was nothing" compared to the experience he had with a pair of sunglasses.

The Alabama native even made fun of herself, noting that she has had to deal with weight gain as she has aged. Realizing that she was no longer the 95-pound drum majorette who used to march up and down the football field, she said she was a sufferer of "anorexia reversa."

Childers said while all of her friends were beauty queens, she had found her own special talent in being able to make people laugh and smile. While she had actually been in beauty pageants over the years, it was her mother who always encouraged her along the way, win or lose.

She said she had learned the value of once snagging the title of Miss Congeniality.

"You need people in your life that can lift you up when you're down. It's gonna all be OK. The best person to do what I do is Miss Congeniality," she said, noting that the Pink Ribbon event provided an opportunity for women to make new friends.

"If you came with friends, you're gonna go home with a friend. That's the great thing about an event like this. I want to tell you how good it is to be alive" and be able to join together with others who know that, too, Childers said.

"A friend knows the song that's in my heart and sings it to me when my memory fails," she said, noting that the Bible also reminds individuals that "a merry heart doeth good like a medicine" and that the "joy of the Lord" is an individual's strength.

"You've got to get to joy" and share your strengths with those who are weak, Childers said.

"They might have forgotten their song, and you need to sing it back to them," she said.

Ever the humorist, she said, "Sometimes you just gotta laugh."

She touted the efforts of the Pink Ribbon committee and the annual luncheon in promoting breast cancer awareness.

"I don't know that I've ever been as impressed with a group of women," Childers said.

Lisa Watford and Cheryl Walling were co-chairpersons of this year's Pink Ribbon Committee.

Walling, a breast cancer survivor, thanked Childers for her inspiration.

"I really enjoyed the services. Everything was so lovely. The speaker was hilarious. I thoroughly enjoyed it. This is my first time here, but I hope it won't be my last," Irick said, noting that the event is worthwhile, particularly for cancer survivors and those still battling the disease.

"It helps them and keeps them encouraged that you're not in this alone," Irick said.

"I'm a six-year cancer survivor. This is probably my fifth time being here. It is was awesome, really beautiful," said West, who also enjoyed the speaker.

She said Childers' message gives her and other survivors courage.

"I myself like to spread the word because you never know what others are going through. I'm always letting people know that I am a survivor and to believe, trust and have strength. It was rough, but I'm still here," she said.

The luncheon, which began in 2005, has raised more than $515,000 since its inception. All proceeds from the RMC Foundation's Pink Ribbon Fund benefit RMC's Breast Health Center and also helps cancer patients during treatment and with post-operative needs.

Orangeburg County has always produced an outstanding group of black and white musicians. Over the years, our musical entertainers in all areas…

Activate full access today to get our mobile apps