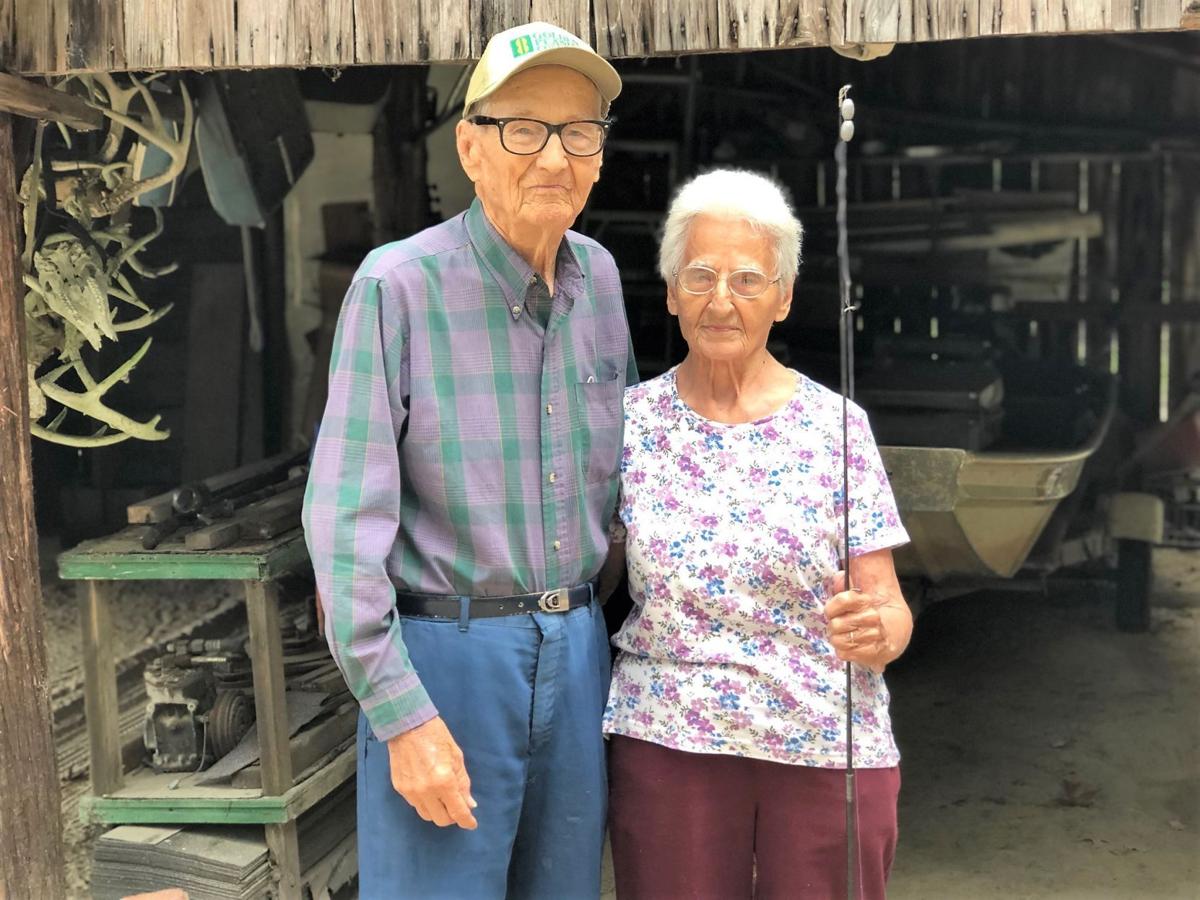 Marion and Gladys Ruple have enjoyed 72 years of marriage and fishing together. 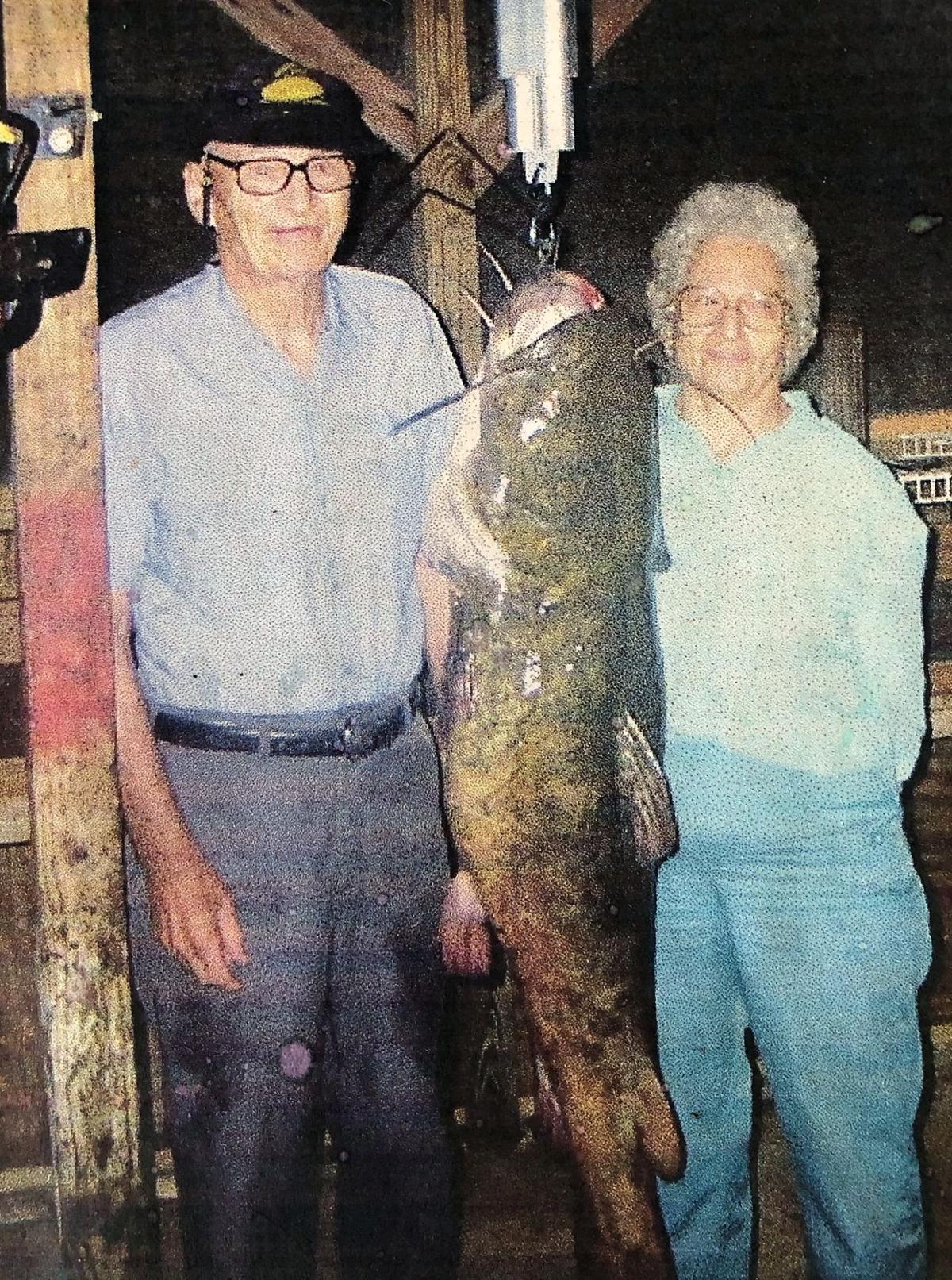 The Ruples pose with a large catfish they caught. 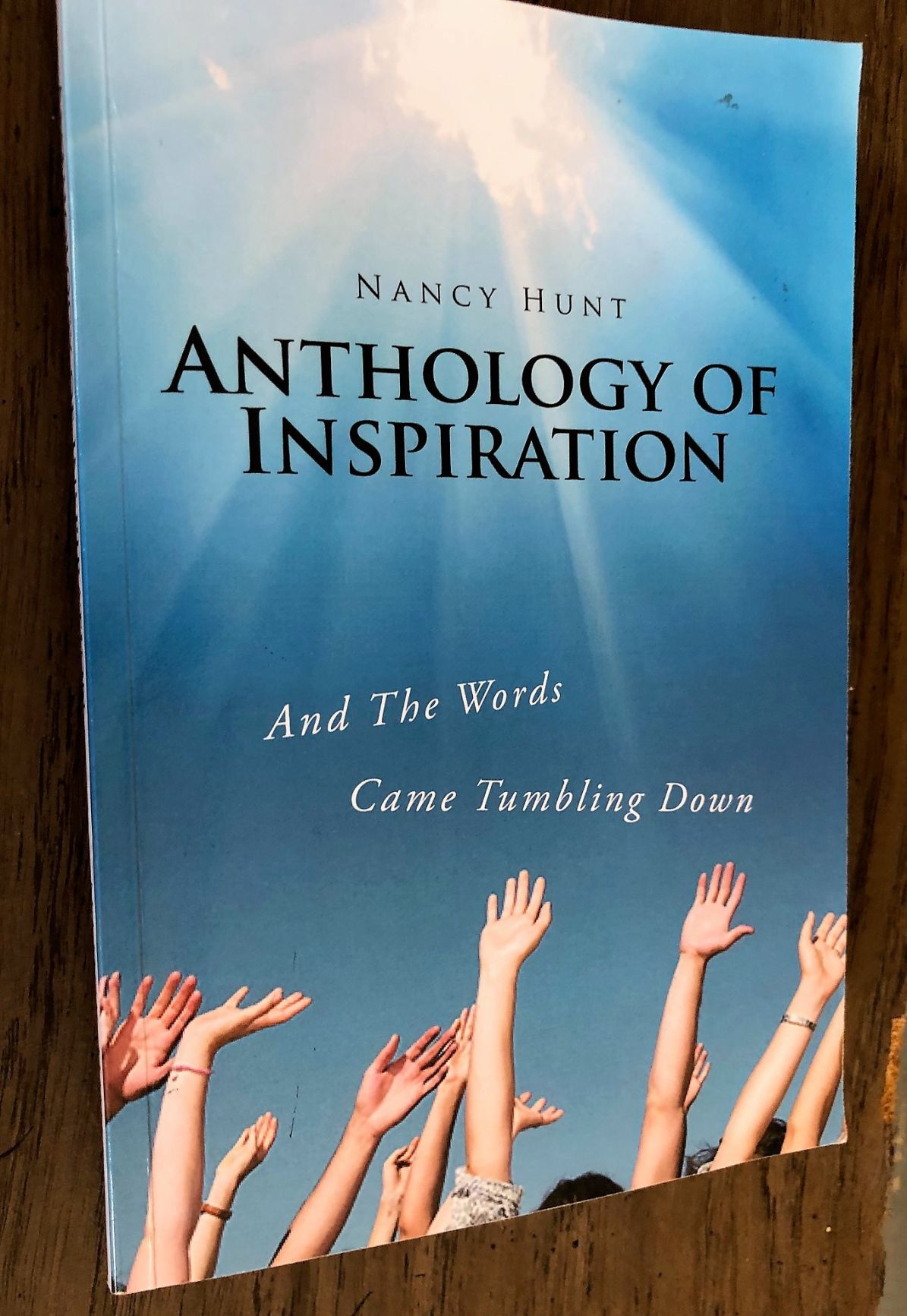 The Ruples' daughter Nancy included a poem about her mother in her book. 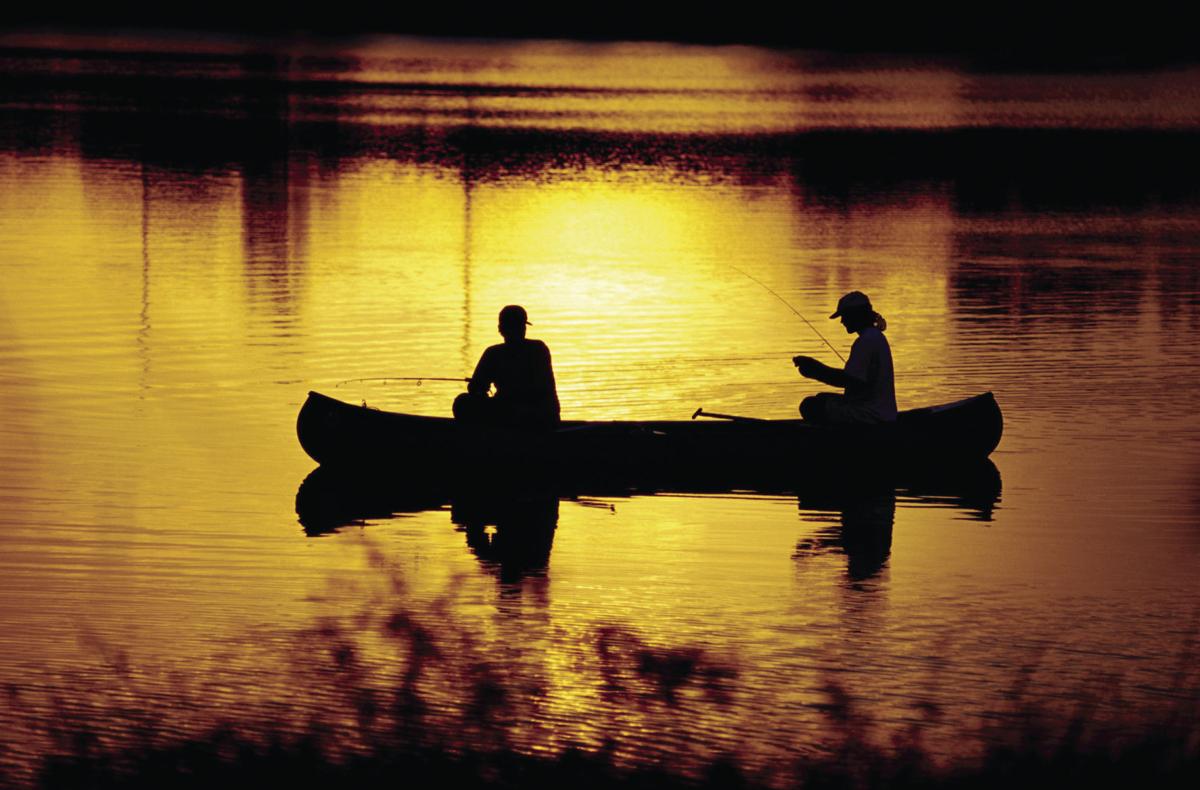 The Edisto River is one of the longest free-flowing blackwater rivers in North America, flowing over 250 miles from its sources in Saluda and Edgefield counties to its Atlantic Ocean mouth at Edisto Beach. The most popular species caught in the river are Redbreast sunfish, Largemouth bass, and Warmouth.

This is a fishing story about the one that did not get away.

“It all began in McClellan’s Five and Dime back in 1947 where I worked,” said Gladys Smoak Ruple, who said that her soon-to-be life partner had a good friend who worked there with her who wanted them to meet.

“When Marion asked me out, I told him I had to go home first to get changed so he took me to the house, came in and started a conversation with my dad. He just felt right at home. He talked to him like he had known him for years. He sat there and talked and talked,” she said.

"We don't hold any grudges"

He looked at me and asked, “Are you in a hurry?”

'Trust God, do the best you can': 105-year-old Cameron woman says she’s blessed

“Never in my life has anyone said anything like that to me. So I told him that if we were going to a movie, we had to get going because I can’t stay out that late at night,” she said adding that her parents liked that answer.

“Our first four dates were movie dates, but after that they were church dates. He came over Saturday afternoons and we went to evening service at Ebenezer Baptist Church in Cordova near where we lived. We took Momma and Dad to church with us because they didn’t have transportation,” she said.

Knowing that they both had made a good catch, Marion, 26, dated Gladys for a year and a half and tied the knot five days after her 19th birthday in 1948.

A year later, when she found out she was pregnant, Marion began working at Plywood of Orangeburg where he stayed for 30 years until his retirement.

“I told them I’m going to retire at 62,” said Marion, who referenced seeing too many people wait to retire and end up unable to do what they wanted to do with any quality of life left.

“I am really enjoying my retirement. I love to fish. I love to hunt. I do yard work and gardening,” he said.

“The Master has been good to us. If the Lord’s willing, I’m shooting for 100,” said the 97-year-old who joked that he’s starting to feel his age catching up with him.

“We haven’t had much money, but we’ve had a good life and have enjoyed each other,” said Gladys who spoke fondly of their three daughters, Linda, Nancy and Barbara and their 24 offspring.

The couple moved into a three-room house that they had transported to his family-owned property near Branchville in December 1957. While he was working at the lumber company, he added rooms and a large screened-in front porch where they still enjoy afternoons and evenings sitting in the fresh air, enjoying their peaceful life in the country.

“We have enjoyed this porch. We’ve had many family dinners out here, and we’ve even slept out here,” Gladys said.

When asked for their advice to others on how to have a long and successful marriage, Gladys replied, “First of all, you have to love the Lord. Then, you love one another. You trust one another. You work out your problems and you take care of each other.”

“We both came from Christian families and we’ve tried to raise our children the same way,” she said.

“We’ve had our ups and downs, but we always worked things out. We work 50/50. She helps me do work and I help her do work,” Marion said.

“We belong to Mt. Tabor Baptist Church,” Marion said. “It’s a country church and we’ve been members for over 40 years there. We both sing in the choir together.”

The couple do much of what they enjoy together, including fishing and hunting. As a little girl, Gladys used to fish with her dad in a lake in Cordova, and Marion has fished most of his life. He has been a member of Buckhead Hunting Club in Branchville for over 50 years.

“I am the oldest member of the hunting club. Now, I can only stand a half-day fishing or a half-day hunting. You stay in a boat from 7 a.m. to 12 o’clock and it’s hard to get out of it,” said the nonagenarian, smiling.

“The last time we went fishing was a couple of weeks ago, and by 11 o’clock, I was ready to go,” said Marion, who had caught just a few fish he described as being “two or three fingers” in size. “She told me, ‘let’s try one more place before we go,’ a place we call ‘catfish hole.’”

“She tied on and dropped down and caught two little fellers, and the third time she went down, she hollered ‘Help, help, help.’”

“I said, ‘Get the net, get the net,’” said Gladys, who needed a bit of assistance getting her nearly 14-pound flathead into the boat.

“That’s the biggest one I’ve ever caught on a rod and reel,” she said excitedly and explained how they fried him up and saved some in the freezer for when they get the family together again.

Reminiscing over their history with catfish, Marion recounted that one year in total they caught over 250 pounds together, resulting from running bush lines. According to the couple, the largest single one came in at 57 pounds.

That day when Gladys starting towing on the line, she said, “I think it’s caught on something.”

“I knew there was log down there with a limb sticking up. So I got up there and loosened that rope and whew. We ran the net under that big fish and both of us pulled him into the boat. He did not kick a time after we got him in. He had likely been there all night long and was give out,” Marion said.

“That year, we had fish suppers for the church. They had a committee to cook ‘em and we furnished the fish,” he said proudly.

“We were able to do six suppers feeding 35-40 people at each one,” Gladys added.

After days working outside together, the couple likes to unwind together. Gladys might choose something to read from her extensive library of over 1,500 books while Marion watches sports on television, or they both might sit together circling words in a word search puzzle.

Thinking about reading and fishing, Gladys shared, “My daughter just released a book called ‘Anthology of Inspiration,’ and she wrote me this poem, ‘A Well-Dressed Mom.’”

“My mom doesn’t like to wear makeup, and jewelry is not her thing. She would rather wear a smile while fishing with Dad in the spring. My mom doesn’t care about the latest fad or fashion trend. She is really more interested in what’s biting up around the bend,” she read.

Reflecting again over their life, especially the last 30 years, Marion said, “I really have enjoyed my retirement and hope I can enjoy some more.”

“We are very proud of all of our daughters and really wish Nancy success with her book. When she was child, she got a couple of her writings published in Grit magazine. She’s always loved poetry. She has some prayers, some humor stories, some poetry and just inspirational things she thinks about in this book,” Gladys said.

-- Gladys Smoak Ruple, when asked for advice to others on how to have a long and successful marriage

Study: Access to nature is linked to improved mental health

Study: Access to nature is linked to improved mental health

'As long as he wants me to stay, I’ll stay': Holly Hill centenarian loves life, family

William Ravenell Jr. turned 100 years old on Oct. 20, but the only thing hurting him may be his ears from the drive-through birthday celebrati…

The Town of North held its 23rd annual Day of Prayer on Saturday, Nov. 7.

Marion and Gladys Ruple have enjoyed 72 years of marriage and fishing together.

The Ruples pose with a large catfish they caught.

The Ruples' daughter Nancy included a poem about her mother in her book.

The Edisto River is one of the longest free-flowing blackwater rivers in North America, flowing over 250 miles from its sources in Saluda and Edgefield counties to its Atlantic Ocean mouth at Edisto Beach. The most popular species caught in the river are Redbreast sunfish, Largemouth bass, and Warmouth.