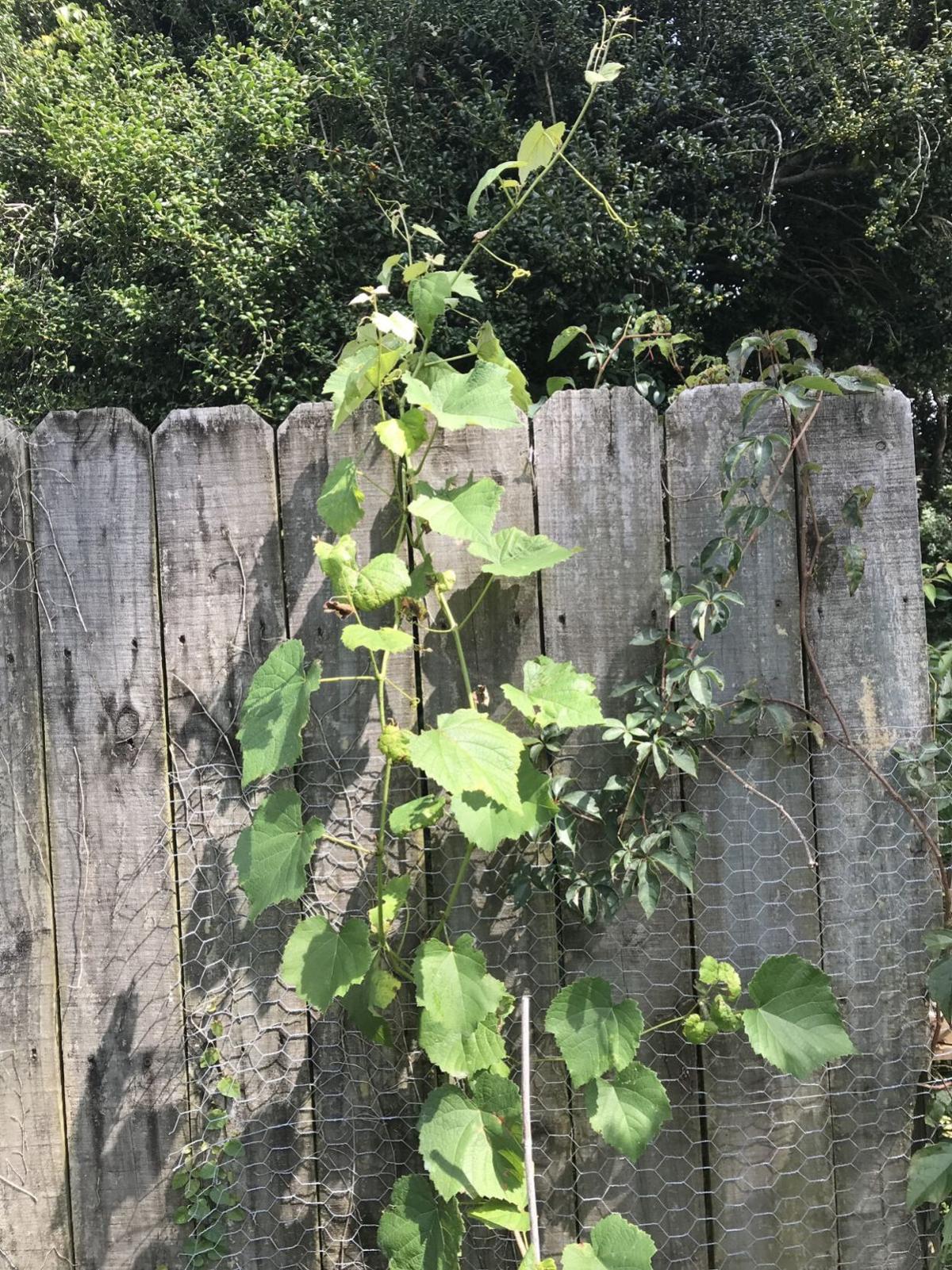 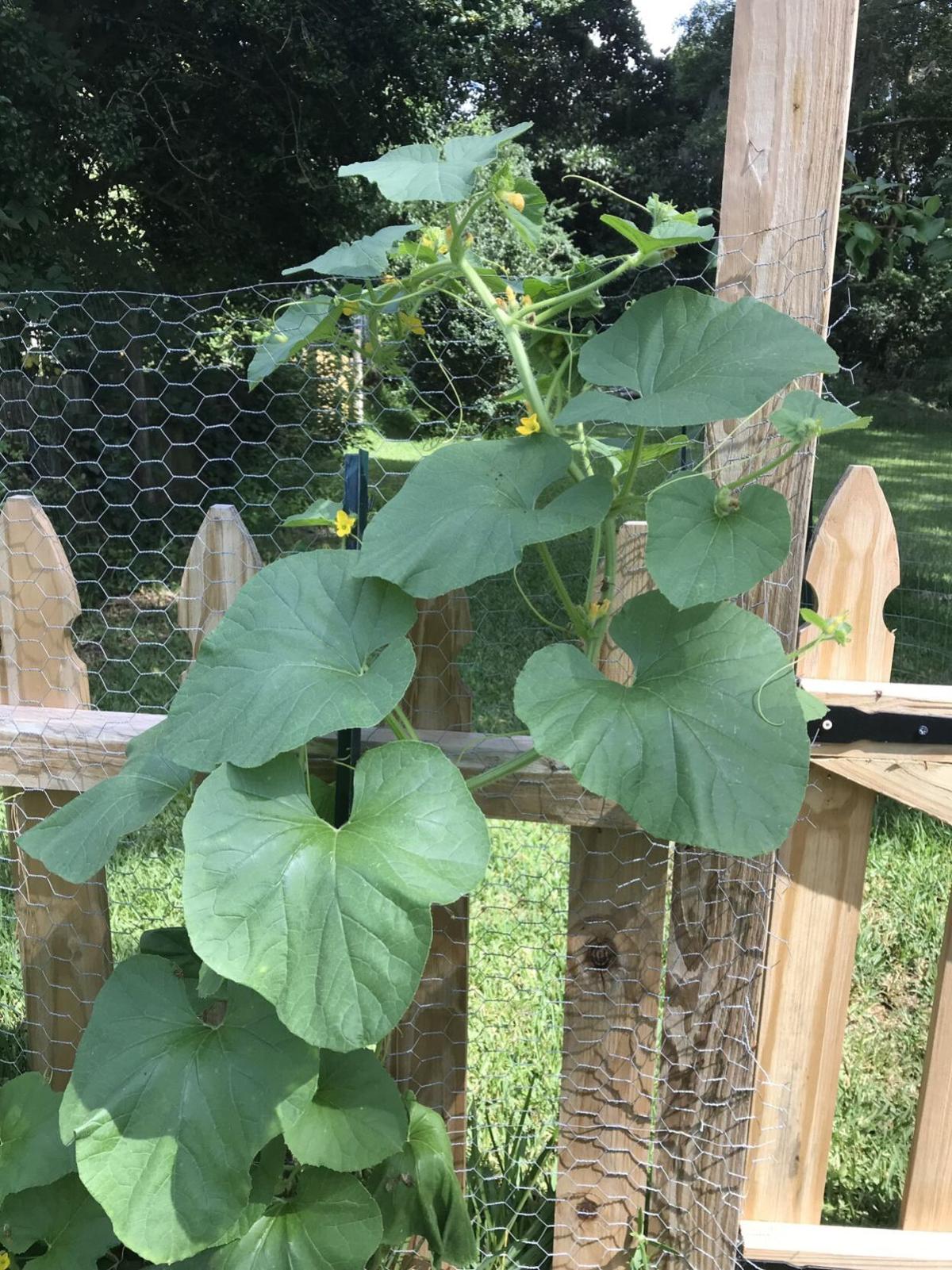 A melon vine is supported by chicken wire.

Many vining plants, both ornamental and edible, require support for healthy growth. Annual vines can be supported with a simple trellis while perennial vines can quickly bring down weak structures and need a sturdy fence to crawl along.

Ideally you train the vine from when it is small and keep it trimmed so that it doesn’t overtake other plants but even over a summer, the growth on grape vines or kiwi vines can travel several feet in many different directions. Unless you are very vigilant, you end up with an out-of-control vine in just a few weeks!

One problem with vines is the gardener who reads you should only prune the vine at specific times - like climbing roses should be pruned in late winter before they start new growth. This is good advice, but a rose over an arch often drapes smaller flowering stems down from the apex of the arch. If left unchecked, these stems brush against your face and before long they snag your hair. This is the time to act even though it is not late winter. Plants should not be allowed to make a passage or archway impassible. Summer trimming to keep the vines healthy and in place is essential but even larger branches can, if necessary, be taken out if it gets in the way.

So, first decide what sort of support your vine will need and get it in place before you plant the vine. As the vines grows, remove the side branches that are going in the wrong direction and, if needed, use string to guide the vines in the direction of the fence or support. Vigorous vines like roses and kiwi do need more than a simple metal support albeit that the simple ones may look attractive for the first year. Also think long term when the vine is 10 feet long or more. Side shoots can easily find their way into the small cracks in buildings such as near windows and the vine should be kept well away from these areas.

For annual vines, such as the squash family or the pretty Black-Eyed Susan vine, a simple 3-foot light wooden trellis or a metal hook structure is sufficient. For larger, perennial vines, a well seated arbor or fence is a better choice. Very heavy grape or kiwi vines almost always need a sturdy, stable fence or posts that are seated in concrete for stability.

Vines can look attractive in gardens and if kept neat, they add a much-needed vertical element to a garden design.

Kate Copsey is a garden author, writer and speaker now living in eastern Orangeburg County. Her book “The Downsized Veggie Garden” is available from bookstores everywhere as well as her webpage www.katecopsey.com.

Myths parents believe will get their baby to sleep

Myths parents believe will get their baby to sleep

Why November is one of the best months to save money

Why November is one of the best months to save money

Make your house a home

For the holidays: Get inspiring home and gift ideas – sign up now!

The inaugural South Carolina Upper Lowcountry Muscadine Festival will be held on Saturday, Sept. 25, at Saltcatcher Farms in Denmark.

Even if the weather is still hot and humid, the daylength is noticeably shorter at the end of August. Temperatures do not drop until late Sept…

A melon vine is supported by chicken wire. 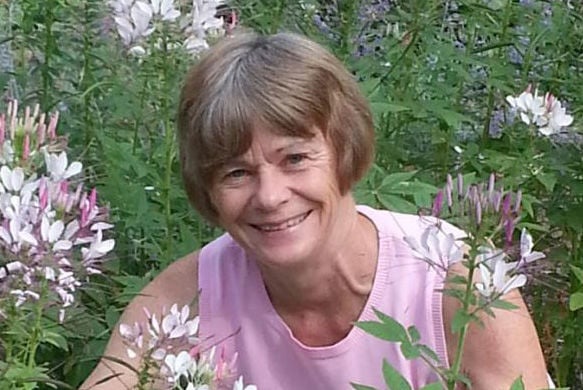