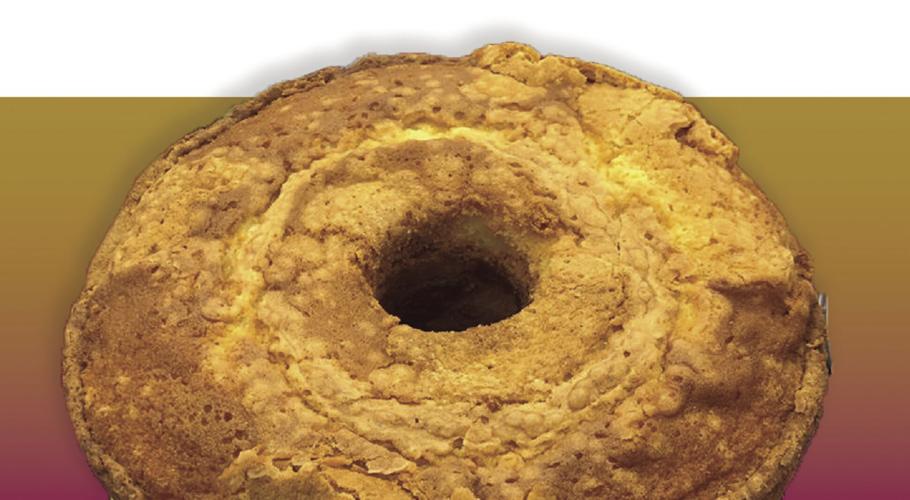 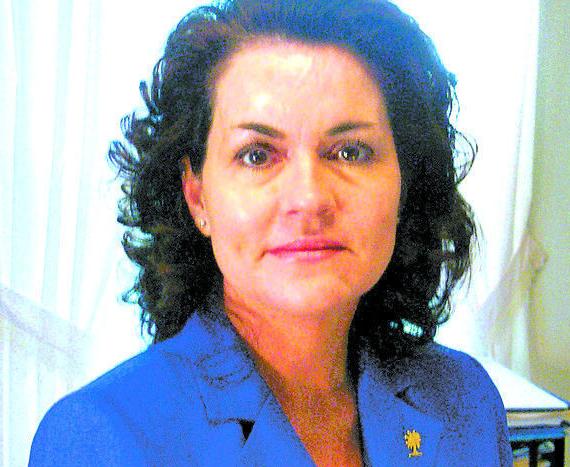 As the weather cools a bit and fall officially begins, it’s almost time for Indian Field Camp Meeting and for the Orangeburg County Fair and my thoughts turn to pound cake as both of these anticipated events feature what some folks consider the South’s favorite cake. During the week of Camp Meeting, pound cakes are served, and during our local fair they become competition entries.

Pound cake was also a featured dessert at an event I attended a decade ago at which my taste buds were fortunate to happen upon a most extraordinarily delicious pound cake made by former St. George Mayor Anne Johnston. She called it “Million Dollar Pound Cake” and said she didn’t create the original recipe but had fine tuned it until she devised a cake that was “perfect,” according to her family and friends. She shared that recipe back then, and most importantly, she had several words of advice that would help people have the same delicious “results” that she does.

“Be sure the eggs and butter are room temperature,” Ms. Anne said. “And, at the end of creation of the batter, when you add milk and flour as directed, always start with the flour, then milk, then flour, then milk and end with flour … this is very important,” she stressed. “Beat well each time you add anything.” Furthermore, “when you make the glaze, sift the confectioner’s sugar before you measure it. Put the sifted sugar in a bowl, add the extract and one tablespoon of milk at first. Stir until the glaze is creamy. Then add only one teaspoon of milk at a time until the glaze is about the consistency of thick syrup. It will spread over the cake. Let it drizzle over the edges and down the sides,” Mayor Anne said. She added that having a quality, “heavy” cake pan such as the 9-1/2 x 4-inch, 2-piece tube cake pan called the “Betterbake” tube pan is of utmost importance.

Pound cakes already being my intended topic for this week, my Aunt Carolyn and I were on the phone Sunday evening as she told me that she spent her afternoon making a pound cake for an upcoming event. At the conclusion of our call, I typed “old-fashioned pound cake” into my files and immediately I saw a request I received some time back from Carolyn Morgan who wrote: “You had a recipe for old-fashioned pound cake published in The T&D. It was delicious and I can’t find the recipe. Would you please send it to me”? In my response to that “Carolyn” I included two pound cake recipes (the first being the old-fashioned one) and the second being an unusual pound cake that does not include extra salt (it's in the salted butter) nor baking powder. This cake recipe/formula really works and forms an extraordinary pound cake crust! …”

(This is a recipe shared by Anne Johnston of St. George.)

4 cups White Lily all purpose flour, sifted once before measuring

Preheat your oven to 300 degrees. Grease and flour a 10-inch tube cake pan. Sprinkle at least 1/2 cup finely chopped pecans evenly over the bottom of the pan. (Mayor Anne doesn’t always use nuts. Don’t buy pecans just for this, she said. The cake is just as good without nuts.)

To make the glaze: In a medium bowl, use a whisk to combine the confectioner’s sugar, 1-1/2 teaspoons almond extract and a small amount of milk. Whisk the mixture, adding either milk or powdered sugar to get a very creamy, but flowing glaze. Spoon the glaze on top of the warm cake and let it flow over the sides.

Preheat your oven to 300 degrees. Grease and flour a 10-inch tube cake pan.

Bake at 300 degrees for one hour and 40 minutes or until a wooden pick or piece of uncooked spaghetti inserted into the center of the cake comes out clean. (DO NOT OPEN THE OVEN DURING THE BAKING TIME!) Cool the cake in the pan for 15 minutes. Remove the cake from the pan and allow it to cool on a rack. If you plan to glaze the cake, it’s best to do it while it is still slightly warm.

*This really works if you follow the directions precisely. Please note that setting the specified ingredients below out for about 45 minutes to reach “room temperature” is very important to the success of the cake. Put all the ingredients into a large mixing bowl in this order:

2 teaspoons vanilla extract (may use almond, or lemon extract)

Preheat your oven to 325 degrees or to 300 degrees if you are using a dark pan. Mix the ingredients on the “low” speed of an electric mixer until all of the ingredients are well combined. Increase the mixer speed to “medium” for three or four minutes. Pour this batter into a tube pan that has been greased and floured or sprayed with baking spray such as butter-flavored Pam.

Bake the cake at 325 degrees (or 300 degrees) for 90 minutes. Test for doneness. Let the cake stand for 10 minutes before removing it from the pan. Invert it onto a large plate and immediately transfer it to a cake plate so that the crunchy crust is on top. (If you don’t have a tube pan and only have a bundt pan, please note that this batter is too much batter to bake in a bundt cake pan, so you may dip four full tablespoons of batter out of the bowl before pouring it in the bundt pan. That will keep the baking cake from running over the top of the smaller pan.

Due to a common head cold that quite literally plagued my sinuses last week, I reviewed some information on the Sunkist website and ingested p…

As you begin planning a menu for your Labor Day gathering, why not make it a simple meal that you don't actually have to "labor over." You may…

Recovering from lack of sleep takes longer than you think

Recovering from lack of sleep takes longer than you think