Become a Member
Read Today's E-edition
Share This
Don’t look away: How one artist’s work spurs conversation on sexual assault
0 comments
Share this
1 of 2 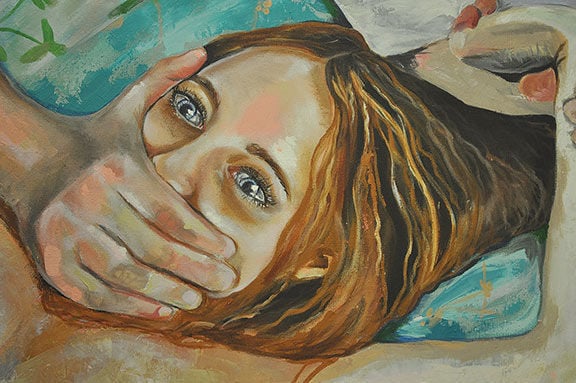 Allison Dunavant dramatized the horror of sexual assault by using brighter colors to draw the viewer’s eye to the painting. 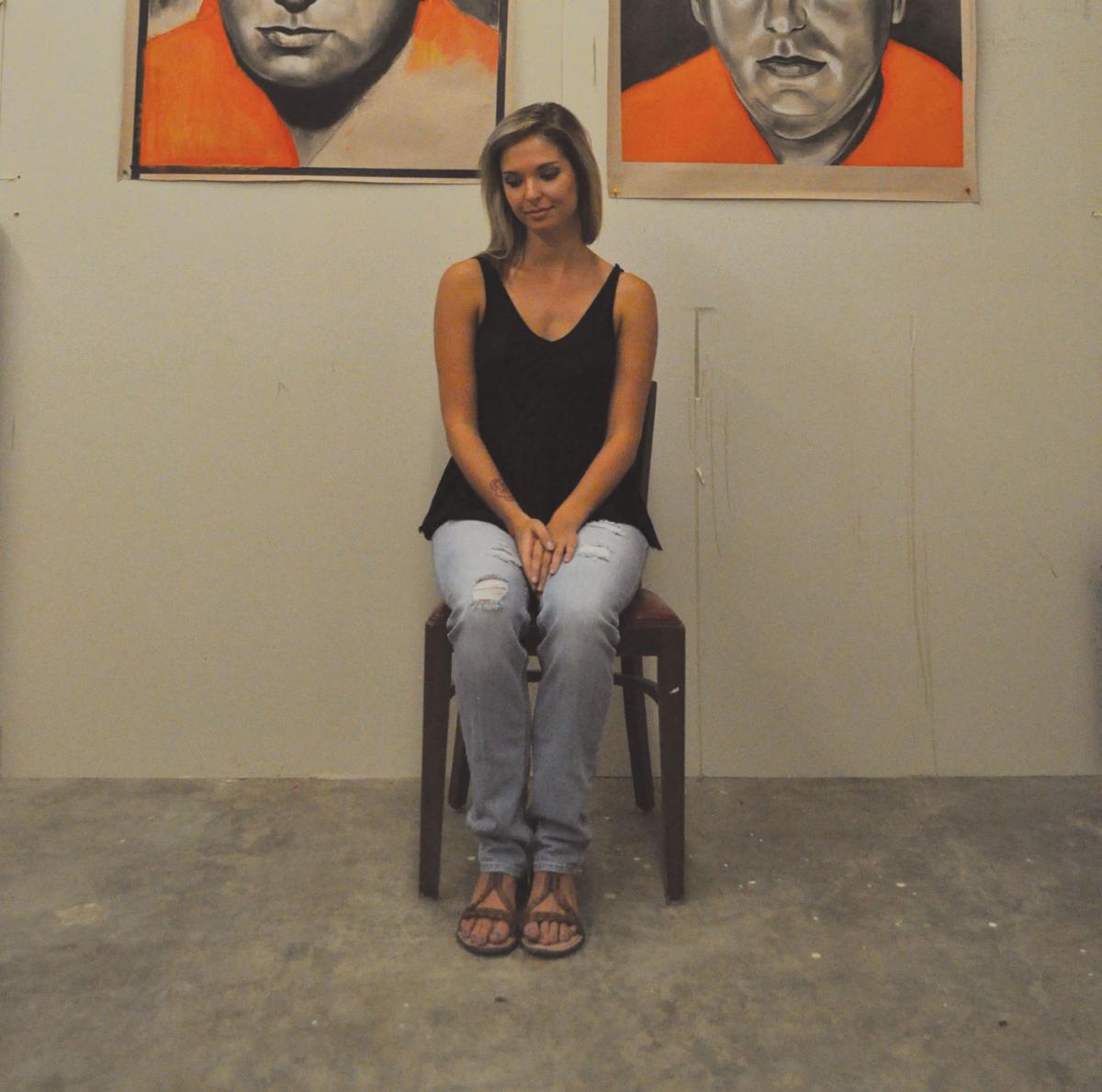 Allison Dunavant, a fine arts graduate student at the University of South Carolina, wants to start conversations about sexual assault.

Allison Dunavant doesn’t want you to look away from her paintings even though the artwork depicts the violence and sheer terror of sexual assault.

The Myrtle Beach native wants viewers of her artwork to confront emotionally what her family had to confront when a close family member was raped— fear, disbelief, vulnerability, pain. And she wants her paintings to be a springboard for conversations on preventing sexual assault.

“You’ve seen this whole traumatic instance go on and no one is doing anything about it. That weighs on my brain all the time,” says Dunavant, 22, who is pursuing a master’s in fine arts at the University of South Carolina.

During her time at Coastal Carolina University, where she received her undergraduate degree in studio art, Dunavant’s art primarily revolved around portraits using charcoal and mixed media. When a family member was raped, Dunavant’s approach to her art permanently changed.

Dunavant decided to paint the before, during and after scenes of a rape for her senior thesis.

“I was trying to focus more on myself than the viewer, doing it more as a cathartic process to provide some type of justice for myself,” Dunavant says.

The three large acrylic paintings, she says, are meant for the viewer to be put in the shoes of the attacker. Dunavant used brighter colors as highlights to the more muted, pastel coloring of her work so that viewers would be drawn to the pieces.

The first in the series depicts a woman lying on a bed, naked and defeated, with her underwear pulled down to her calves. The second painting shows a terrified woman, a hand over her mouth and tears in her eyes.

The third one depicts the trauma of rape through the pained eyes and facial expression of the victim.

Her professors at Coastal Carolina were initially wary of allowing Dunavant to showcase the paintings in the school’s senior exhibition. Some said the paintings were too graphic and illustrated a sex scene while others said the “after” painting didn’t go with the other two.

When the works finally were exhibited, she endured criticism online via Facebook messengers who thought the works were inappropriate.

She was undeterred. “You have to do what you think you should do because you can’t control people’s reactions to it,” Dunavant says.

But Dunavant received positive feedback from survivors of sexual assault who told her that the paintings had helped them talk about their trauma. “For it to even reach one person beyond yourself it is beneficial and rewarding,” Dunavant says.

Now she sees her art as a way to heal not only herself, but those who have suffered sexual assault or have a loved one who was victimized.

Dunavant continues to paint in hopes of starting conversations about sexual assault.

Marius Valdes, one of Dunavant’s USC professors, says that “it’s important not to stifle creativity or self-expression,” even when the subject is difficult. Valdes says that Dunavant’s work has made him stop and think about sexual assault because he has a young daughter.

“It’s kind of like taking the power back from a sexual offender. It’s like standing up to them instead of being scared and shrinking away,” Valdes says.

Kayce Singletary, community education director of Sexual Trauma Services of the Midlands, says that art is one way to continue the conversation about sexual assault and the trauma it spawns.

Singletary says her organization “encourages people to speak up and think creatively” about gender roles, boundary setting and unhealthy relationships.

“All of the conversations are important and whatever way that people choose to take a stand, petitioning, or on social media, or having a conversation at the bar, it’s all important,” Singletary says.

Dunavant aims to take her family’s ongoing painful conversation around the dinner table into the community to raise awareness.

“If it causes empathy or not, it causes a discussion,” Dunavant says. ” Art should force you to carry something with you.”

We have had our fair share of cold weather and even some mood-dampening, gloomy, rainy days and nights. But I urge you all not to let the weat…

Why are barns painted red?

Barns are practical buildings, designed to safeguard farm animals and equipment. Why are so many painted to stand out from the landscape?

The weather has turned seasonably cold with the first frost being seen by most of us. For most of the holiday season, our thoughts tend to be …

Due to the coronavirus outbreak, please contact your house of worship to see if the following events have been cancelled.

Charcuterie is the word this season

Candied yams with marshmallows are a holiday side dish staple for everyone.

Don't buy these items at the dollar store

Don't buy these items at the dollar store

Easy TikTok tips that will make your perfume last longer

Easy TikTok tips that will make your perfume last longer

Allison Dunavant dramatized the horror of sexual assault by using brighter colors to draw the viewer’s eye to the painting.

Allison Dunavant, a fine arts graduate student at the University of South Carolina, wants to start conversations about sexual assault.