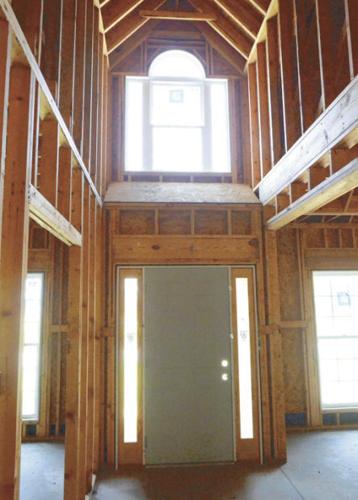 G.W. Berry Realty and Construction Inc. is building homes with the three-bedroom, two-bath floor plan in The Orchard subdivision off Hillsboro Road. 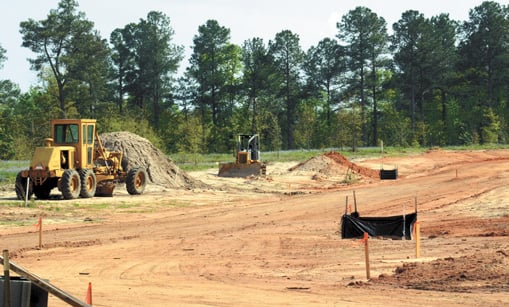 Paragon Builders is in the process of constructing a gated community of 40 homes off Longwood Road in Orangeburg.

New home construction, though not at levels seen since before the Great Recession in 2007, is slowly rebounding, home builders and Realtors say.

“It is finally getting back,” Orangeburg’s Paragon Builders general contractor and director of sales DeQuincy Edwards said. “We feel like it is time to build and to ramp up new projects.”

Edwards said one of Paragon’s projects is a gated residential subdivision consisting of about 40 lots on Longwood Drive off Columbia Road called The Palms.

A housing turnaround is welcome news to Edwards.

Edwards said government programs, especially for rural development and housing, helped some but could not fully jump start construction.

Today’s new home construction is not quite where it was in 2005, but at about 20 to 30 homes a year since 2010, things are looking brighter.

“More programs are opening up,” he said. “Banks are more accepting. Debt-to-income ratios are how it used to be and credit score requirements are like they used to be.”

As a single mother of three children, Christie Vickers is one who has chosen to build.

“I thought it was a good time in my life,” Vickers said, noting she researched whether to build a new home or purchase an existing one.

Price comparisons showed that building new was in line with purchasing an existing home, she said. But what really sold her on building were interest rates.

“The rates were low and so good at the time,” she said.

Vickers said at 3.25 percent for 30 years, there is perhaps no better time to make the American dream a reality. “Everybody dreams of having a home one day.”

So Vickers and her three girls are now living in a four-bedroom, three-bathroom newly constructed home off Cook Road.

“We are seeing a lot of activity,” Kneece said. “It is starting to look like it (new construction) market is trying to normalize.”

Kneece said the Orangeburg market has not been heavily into speculative housing.

“Orangeburg has never been big on new construction,” he said, noting the recession heightened that fact. “None were being built during that time period. Construction builders never had the conviction that that was the way to go.”

That, along with relatively little housing appreciation, helped to keep the market stable locally. “It (housing market) never took the hit like we heard on the national news in 2006.”

Kneece cites evidence that things could be turning around in the housing market. He is currently working with three builders in the construction of homes.

He said one house has been built and sold and two other houses are about to be built in the Elloree area. They are smaller homes at about 1,100 square feet.

Another builder has 14 lots ready for new construction in Oakfield Plantation off Riverbank Drive. Two homes are soon to be constructed with the others expected in the very near future. These homes will range from 1,350 to 1,800 square feet with sale prices between $125,000 and $160,000.

Kneece said the most common request from people wanting new construction is three bedrooms, two bathrooms and between 1,400 and 1,800 square feet.

“Three builders are building houses,” he said. “Real growth comes from new construction. We have to grow the pie and new construction is where it all starts. We are growing the pie.”

But the pie is not growing as fast as he would like.

“People want to build new houses, but they are having a hard time getting money,” Kneece said. “Right now is it is not the most favorable situation.”

Kneece said years ago, one of every 10 transactions would fail. Today the ratio is three of 10.

“The qualifying factors in mortgage loans are a new player in the game,” he said, noting that background checks and credit checks are conducted not only on the buyer, but also the seller, agents, appraisers and all people involved in the mortgage.

“Never mind the 800 credit score,” he said. “People are looking for criminal activity or the appearance of evil. That brings questions.”

South Carolina Bank and Trust mortgage banker Michelle Edgemon said the bank has a number of loan programs designed to fit individual needs. She said she has not seen any tightening of lending opportunities.

“It is a great time to build,” she said. “Interest rates are as low as 3 percent right now. We have definitely seen a pickup with the spring and summer. We have seen some great deals increasing in construction.”

“We have money to lend and we have some refinancing going on too,” she said.

Eric and Molly Kemmerlin were married three years ago and wanted to build a house for their soon-to-be-expanded family.

With interest rates hovering in the 3 percent range, they jumped at the opportunity.

“We started building in October and finished in February,” Eric said. “They are the best ever interest rates ever seen.”

“The rates were up and they eventually dropped,” Eric said. “We finished school and got a good down payment on it. We wanted to keep payments as low as possible.”

“We have not seen any drastic improvements,” he said. “We are getting a little more traffic.”

Currently, he has three projects: one house in Chapin, one in St. Matthews and one in Orangeburg.

Over the last few months, Berry has built seven houses off Hillsboro Road in The Orchard subdivision.

“I think there is a pent-up demand,” he said. “Maybe people are a little more confident in the economy and the stock market is doing well. Unemployment has improved slightly.”

Berry said he fears it may be “a long time” before new home construction gets to where it was years ago.

“One cliche in the home-building business (is that) now is the best time to build,” he said. “As long as interest rates are still low, now is a good time to build.” But he said things are nowhere near where they were a few years ago.

“Health care has created so much uncertainty, businesses don’t know what to do. They are scared and sitting on their laurels waiting to see what happens. Basically, all the administration has done is designed to kill the economy and not to help them.”

Homes in The T&D Region were selling quicker but for less money in March, while the number of homes sold remained relatively stable compar…

Why you should pay attention to bonus offers from banks

Why you should pay attention to bonus offers from banks

Save time and money during the holidays with these apps

Save time and money during the holidays with these apps

G.W. Berry Realty and Construction Inc. is building homes with the three-bedroom, two-bath floor plan in The Orchard subdivision off Hillsboro Road.

Paragon Builders is in the process of constructing a gated community of 40 homes off Longwood Road in Orangeburg.