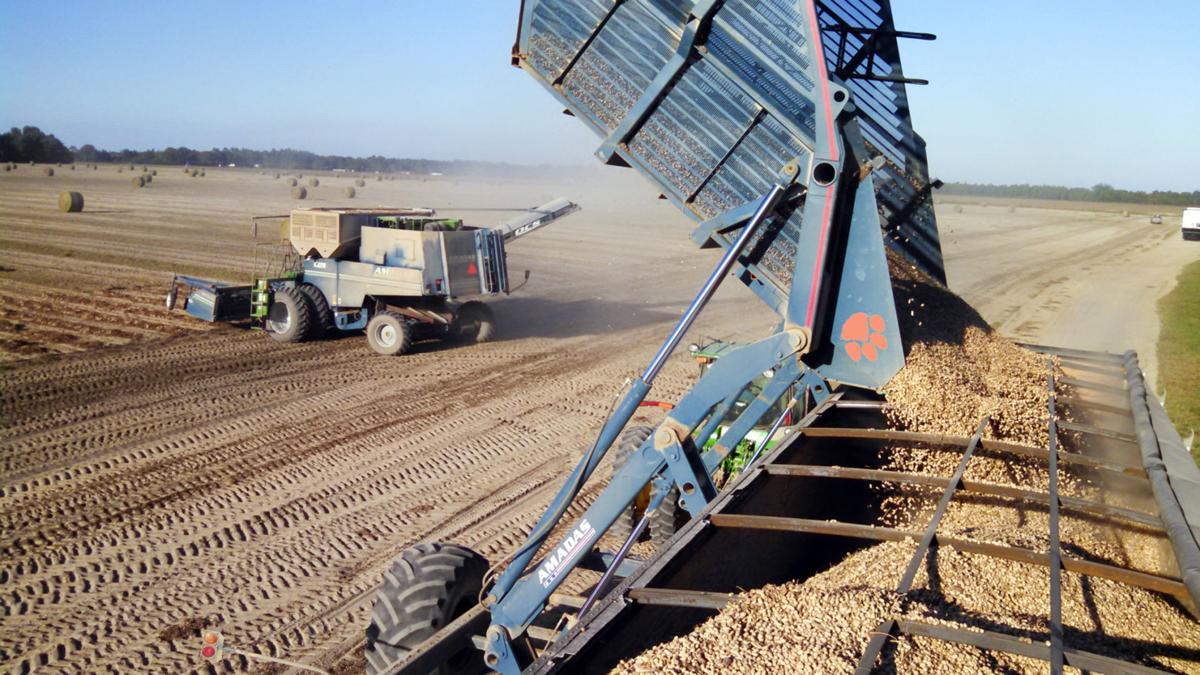 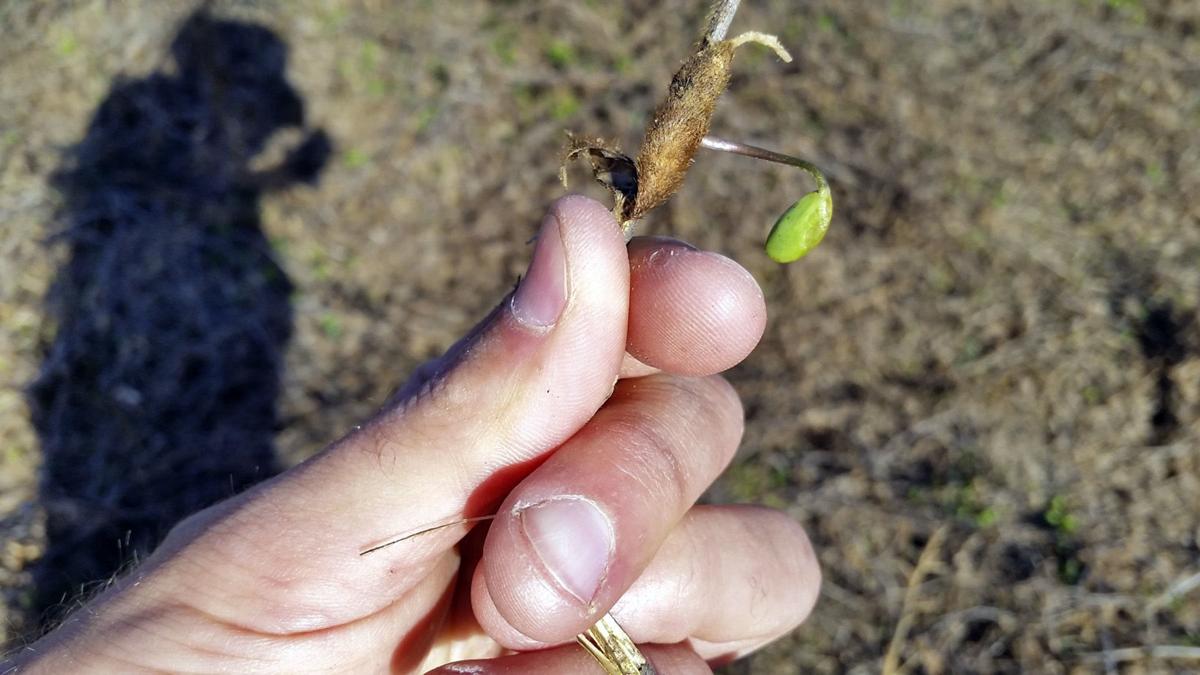 CLEMSON — More than half of South Carolina is in a moderate to severe drought and another 26 percent is abnormally dry, according to the U.S. Drought Monitor, and Clemson University researchers and Cooperative Extension Service agents say it is affecting crop yields.

Charles Davis, Extension row crops agent in Calhoun County, said hot, dry weather is plaguing late-season crops, such as peanuts. A total of 65,000 acres of peanuts were planted in South Carolina this year and the drought slowed maturation of the crop.

“Peanuts were shut down unless the crops were irrigated,” Davis said. “Digging conditions on tight soils have made the peanut harvest difficult for peanut producers.”

Dry fields have ramped up the state’s cotton harvest. The U.S. Department of Agriculture’s National Agricultural Statistics Service reports about 300,000 acres of cotton were planted in South Carolina. About 20 percent of the state’s cotton crop and 47 percent of the state’s peanut crop had been harvested as of Sept. 29. The report shows adequate soil moisture in topsoil at just 15 percent, with 23 percent adequate soil moisture for subsoil.

Ben Fallen, soybean program leader at Clemson’s Pee Dee Research and Education Center in Florence, said the extent of which crops are affected depends on where they are located.

“Rainfall has been very isolated this summer which has had a big impact on crops,” Fallen said. “Soybeans are doing good, but we really need some rain to finish out the crop. We are in the pod-filling stage and now we need the rain more than ever. Cotton had a rough season early on then a good August, at least in the Pee Dee area. Then the weather was perfect for harvest.”

“There might have been some decent early maturing soybean fields that are yielding pretty well,” Gunter said. “We should be hearing about those yields anytime now. However, the majority of our beans are planted in late May and June and are later maturing. These beans have battled this hot, dry September and have bloomed countless times trying to put on a decent crop. Even the irrigated crops, which look much better still will not have top yields. The heat and dry weather during pod-setting and pod-filling was simply too much on crops statewide.”

“The season is over and the producers are taking another hit and it’s getting harder and harder for them to come back,” he said.

Gunter said moisture also is needed for small grains, such as wheat, rye, oats and barley, to seed.

“None of these will germinate without some rain and not just a one-time event,” he said. “We need normal rain, whatever that is.”

Irrigation can help farmers deal with drought, especially in South Carolina where much of the land is comprised of sandy soils that do not retain water. Clemson irrigation specialist Jose Payero said most of South Carolina farmland is dry land and less than 10 percent of the state’s farmland is irrigated.

“This makes us very vulnerable to droughts,” he said. “Drought is the most likely and potentially most devastating climate risk in agricultural production. Irrigation can significantly increase yields over dry land while reducing yield variability and stabilizing production and farm income across seasons.”

Irrigation can help by preventing water stress, which can significantly reduce crop yields and profits. Irrigation also provides water to activate herbicides and dissolves and transports crop nutrients so that they are available to the plant.

While the drought has been difficult for farmers, it is not uncommon, said Thomas Walker of the S.C. Water Resources Center.

“If the drought extends into the fall and winter without significant rainfall across South Carolina, then it is likely to become more of an exceptional drought,” Walker said. “Fall is the time of year when South Carolina generally has experienced the most rainfall, which helps replenish rivers, reservoirs and aquifers.”

Effects of the drought depend on which water-use sectors and which parts of the state are being considered. Reservoir levels are down across the state, but not to the levels of concern seen in past significant droughts. Some localized effects are seen in some stream and river systems. Groundwater is used in times of drought to make up for rainfall shortages. Currently, some groundwater levels are below normal or low in parts of the state. But it’s not all bad.

“From a water resources quantity perspective, the state is still in relatively good shape,” Walker said. “It is concerning, however, especially if the state does not receive adequate rainfall this fall. It is too early to tell. Additionally, drought impacts can be very localized within basins and even within sub-basins. Sometimes the big picture may not capture the drought experience.”

Rain and cooler temperatures are needed to pull South Carolina out of the drought.

To help state officials learn how to better respond to drought situations, members of the South Carolina Department of Natural Resources state climatology office met with Walker and others this past summer to create a plan to help the state cope with droughts. The group reviewed existing plans, ordinances and procedures relative to droughts. To learn more about droughts, drought types, ways to measure droughts and more, go to http://www.scdrought.com.

While the past few months have been brutal, October may be a redeeming month for South Carolina farmers. The National Weather Service’s Climate Prediction Center predicts relief may be on the way with the state expected to receive above-average rainfall in October.

The Sunny Plain Antique Power Association's 19th annual Old South Farm Festival will be held Friday through Sunday, Oct. 18-20, at the track a…

Tropical Storm Nestor on Saturday brought much-needed rainfall to The T&D Region, but whether the area has seen an improvement in its drou…

Livestock and drought: Experts explain how farmers can protect investment

Clemson University and the S.C. Department of Health and Environmental Control are seeking South Carolinians who care about preserving water q…