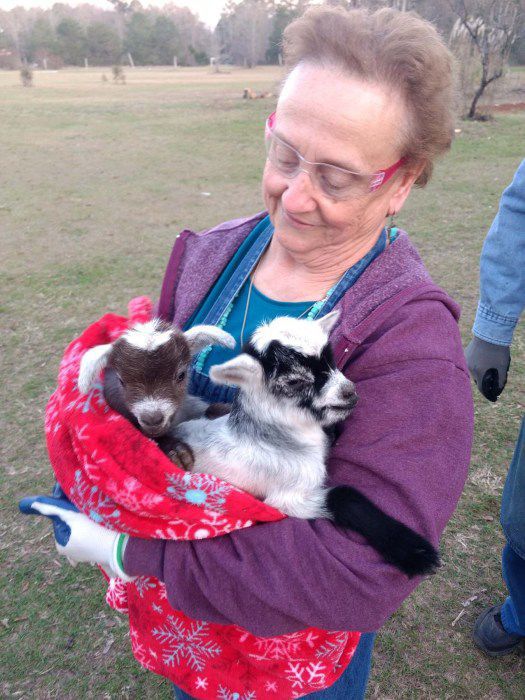 "DeWitt Farms OBGYNs have delivered one new calf, one baby sheep, and twin baby goats! It’s like nine months after Woodstock around here!" 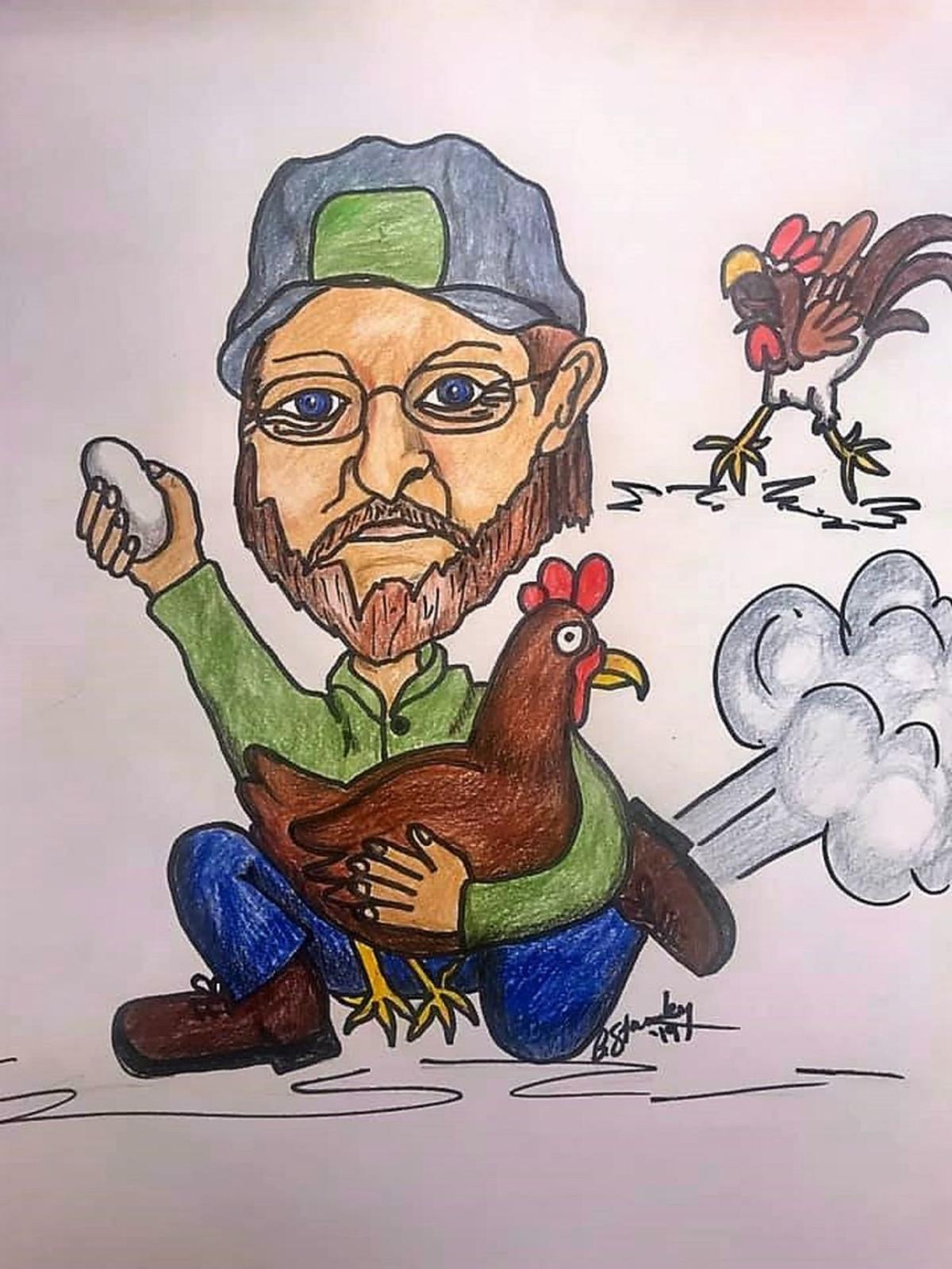 Like most scandals, it all started innocently enough with a simple request. My elderly parents, The Old Gal and Pop, just recently retired, went out and bought about 100 head of chickens and became egg farmers.

“Momma, I’m a writer. I tend to get a little creative at times. Are you sure about this?”

But why just sell eggs, when you can tell the egg’s story? And the farmer’s story. Everyone has a story.

And so it began.

I always start out with a little spiel about how my elderly parents made me the CEO and CFO of Egg Marketing and Bull Malarkey, and end with some version of God Bless America. Somehow, the stories have caught on – at least with my FB friends who have a sense of humor, an appreciation for rural farm life and a hankering for high cholesterol.

I’m not sure if the Old Gal and Pop are still selling eggs these days or not, because sometimes they go for long periods of time without speaking to me, but there sure were a lot of cars coming and going over there last time I checked.

We interrupt this column for a commercial break:

BREAKING NEWS: Not since 1972, when Pop first began selling eggs ($2 per dozen, call 942-1443), have we seen such a horrible health epidemic plague DeWitt Farms: a rash of unplanned and unwanted pregnancies. That’s right, Christian folk, just this week alone DeWitt Farms OBGYNs have delivered one new calf, one baby sheep, and twin baby goats! It’s like nine months after Woodstock around here!

DeWitt Farms investigators are trying to determine who the culprit or culprits are (we are questioning a suspect of interest, an extremely aggressive Rhode Island Red rooster), and Pop has even contacted “The Maury Povich Show” to help determine who the father may be and bring him to child-support-paying justice.

Meanwhile, to make matters worse, The Old Gal has come down with a case of the dreaded Baby Fever! To nip that in the bud, Pop took her down to Dale Ulmer’s Feed & Seed to have her fitted for a chastity belt, but Dale was all out of her size. Now Pop has that hot-blooded woman shut up in the top of a grain silo like some poor, kidnapped princess locked away in a tower in a Disney fairy tale- at least until this Baby Fever blows over.

Long story short, Pop needs to sell a lot of eggs this month. Chastity belts and birth control ain’t cheap, you know, and neither are plane tickets to The Maury Show. So God Bless America, Abstinence, and the Trojan Company – and please have your farm animals and your elderly mothers spayed or neutered, people.

When the commercial egg-laying biz gets slow at DeWitt Farms ($2 per dozen, call 942-1443), our womenfolk sometimes start getting into mischief and mayhem. The Old Gal likes to play a little game called “Unsolved Mysteries.”

“Michael, it’s been 50 years and you have never answered my question. Tell me where that hickey came from!”

I’ve heard this story. Before Pop married the Old Gal and made an honest woman out of her, he was a right good-looking man. He came home on shore leave from the Coast Guard to go “courting” with The Old Gal, and he had what appeared to be a large, fresh hickey on his neck. Apparently, he never really had a good explanation for it – until now.

“Wanda, I’m sick of hearing about this. It’s been 50 years! Do you really want to know?”

Pop gave me a look that would crack an egg shell, and then began a sailor’s tale the likes of which I have never heard.

It was 1968 in the South China Sea. The Coast Guard cutter came under artillery fire while hauling Cambodian mercenaries. Pop was in the steam engine room, keeping the throttle wide open so the vessel could charge the guns, when the ship was rocked by a blast and a vacuum hose snapped loose, whipped around and fastened itself to Pop’s neck with over 100 psi of suction power. It took two enlisted men and an officer, with the ship’s chaplain standing by reading from the Bible, to tear that sucker loose from Pop’s neck. A couple of inches toward the Adam’s Apple, and Pop would have come home in a body bag.

“Wanda,” Pop gulped with emotion, when Old Gal started to ask a question. “It’s still too painful to talk about.”

A tear ran down my cheek. No matter if Momma believes that incredible tale or not, Pop, you will always be a hero to me. God Bless America, the mighty Coast Guard, and all the brave sailors who sailed the ocean blue and put their necks in jeopardy to keep this nation free.

Michael M. DeWitt, Jr. is the managing editor of The Hampton County Guardian, an award-winning journalist, humor columnist and outdoor writer who has been published in South Carolina Wildlife, Sporting Classics and other magazines around the South. He is the author of two books. For more egg-laying nonsense, follow him on Facebook.

The Farm Bureau's national convention has adopted a new policy on farmers' right to repair their tractors and combines, ratcheting up the pres…

"DeWitt Farms OBGYNs have delivered one new calf, one baby sheep, and twin baby goats! It’s like nine months after Woodstock around here!" 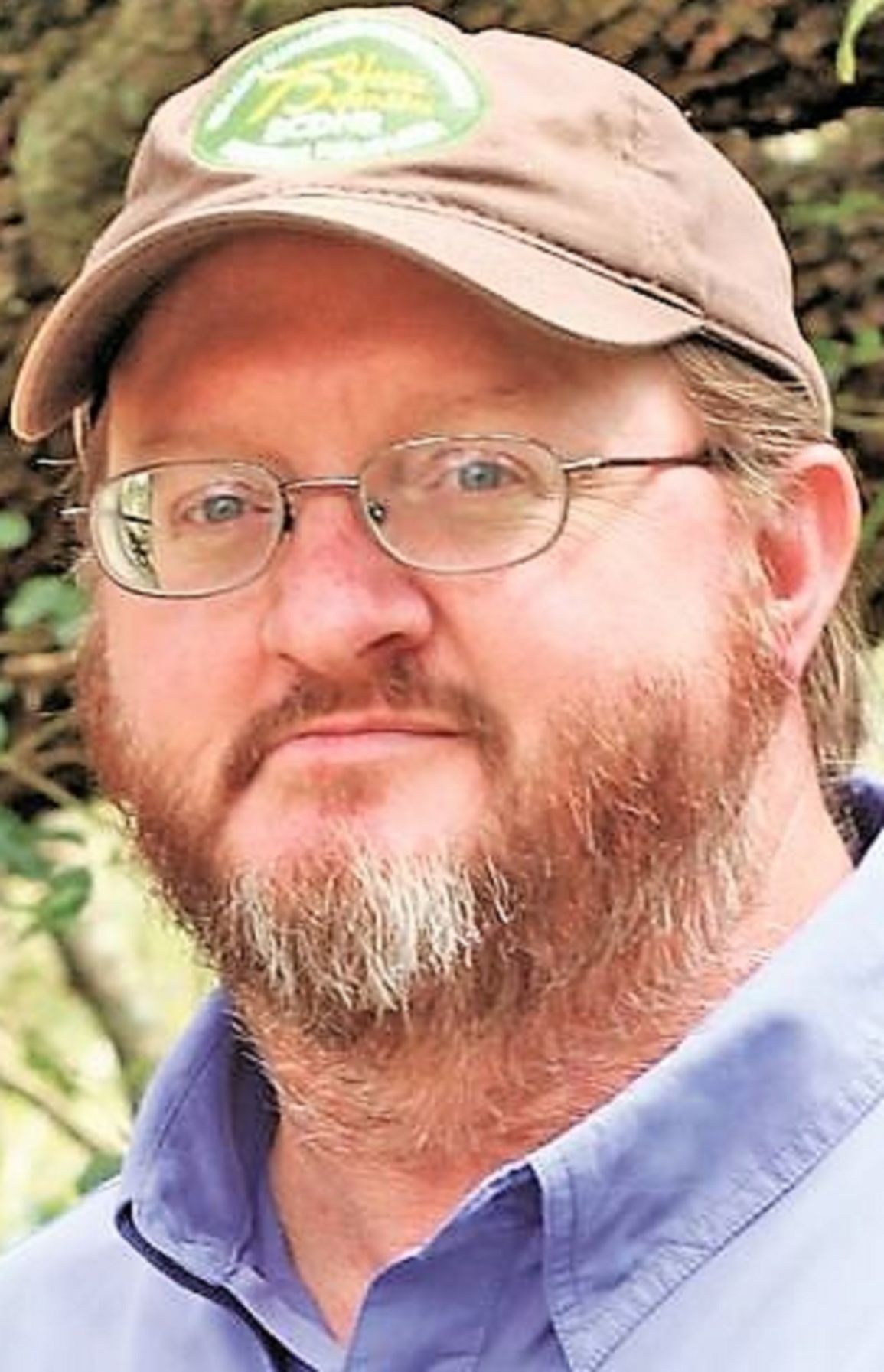