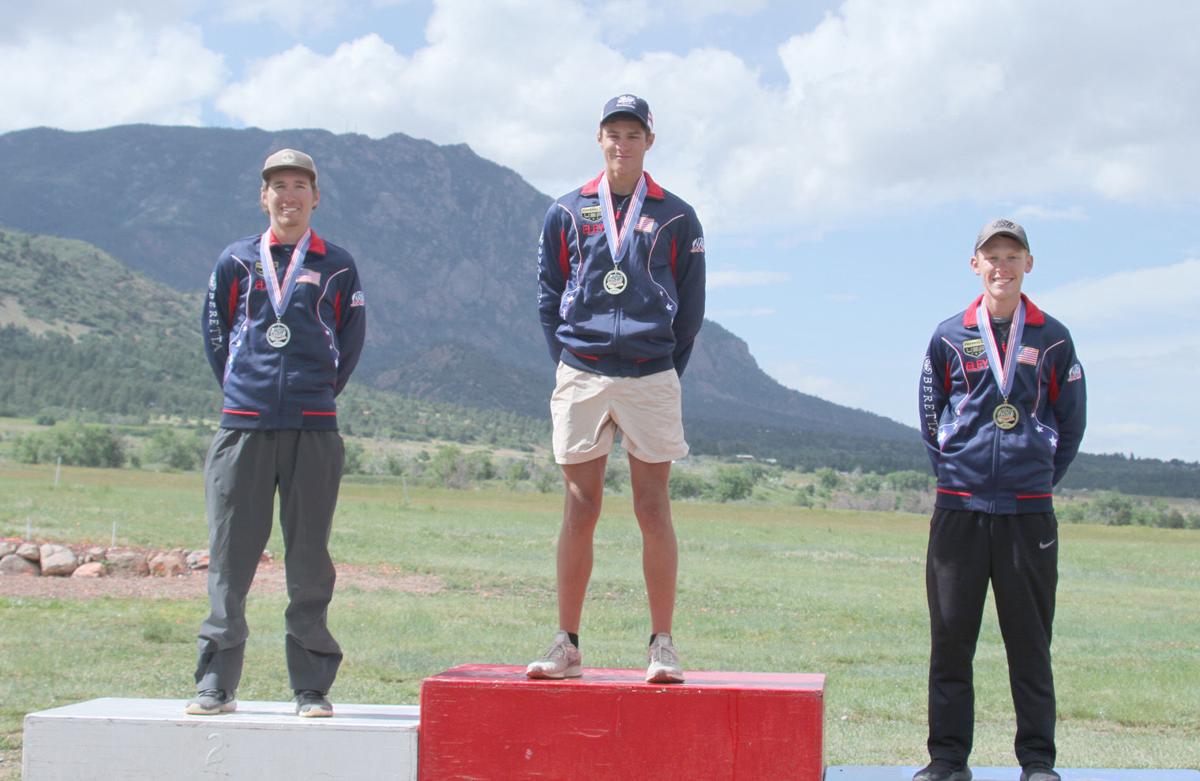 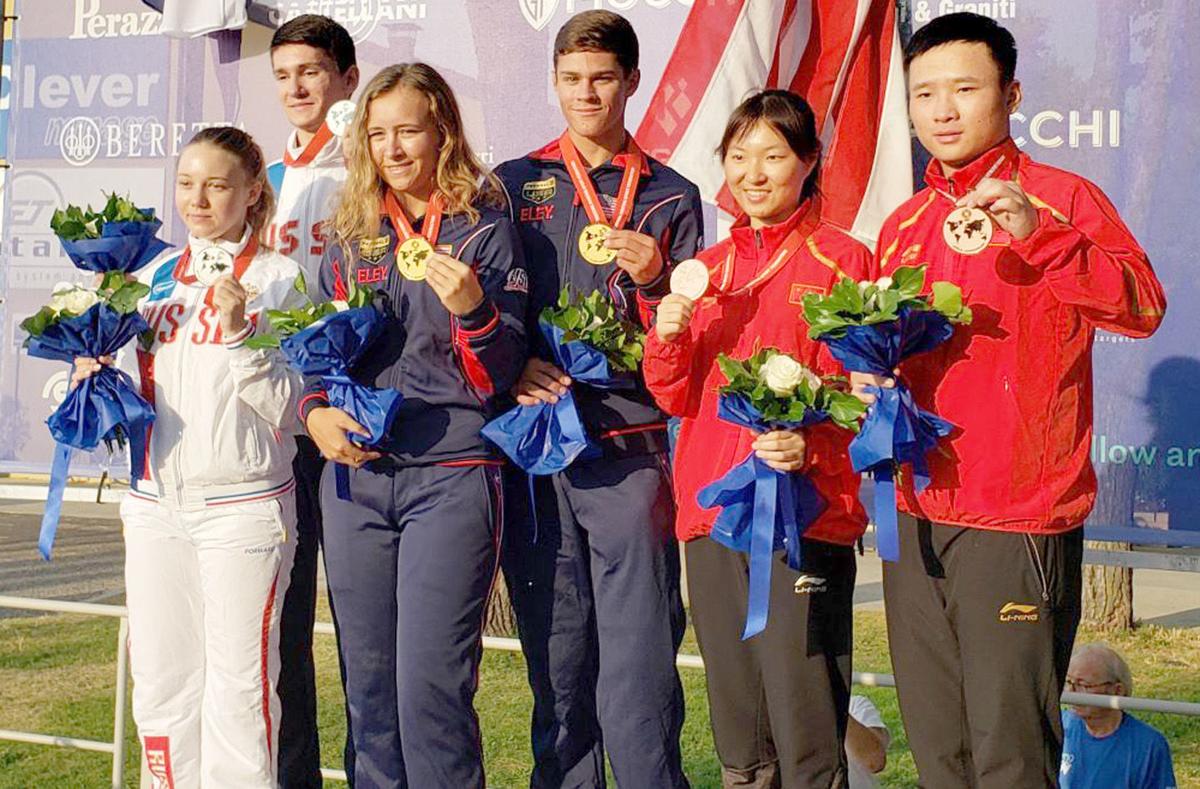 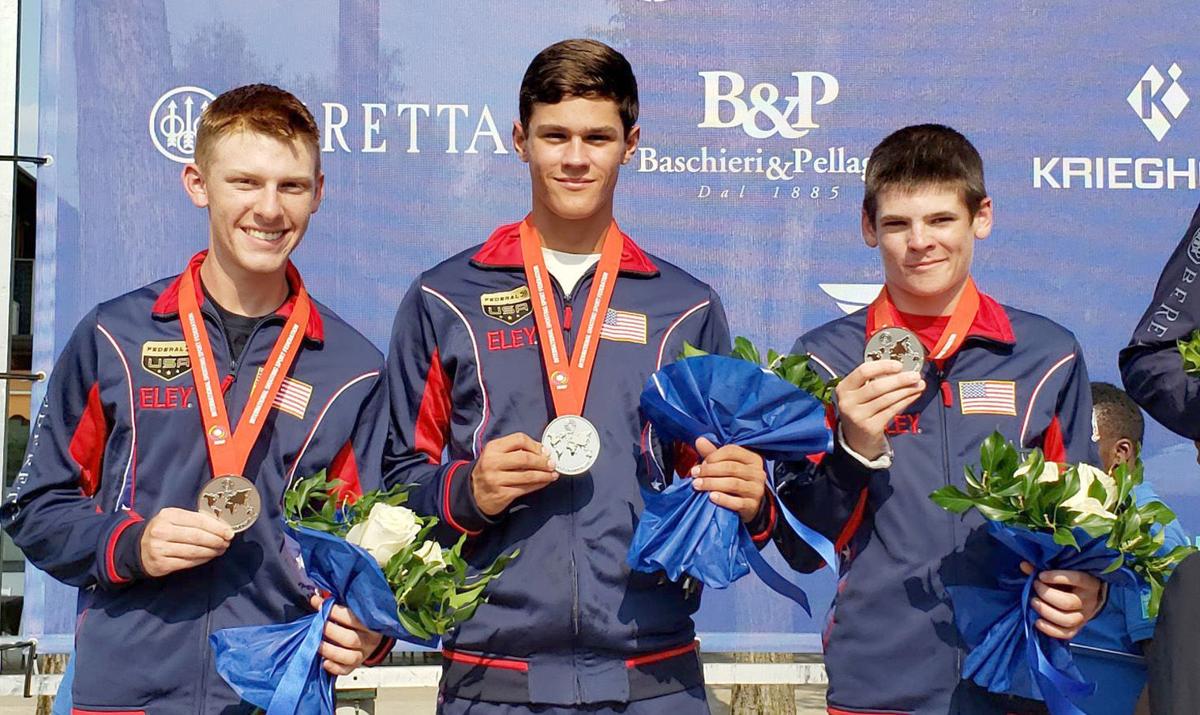 Bamberg's Alex Ahlin, center, displays his silver medal won with the junior men's team of USA Shooting Sports while at the ISSF World Championships in Lonato, Italy in July. 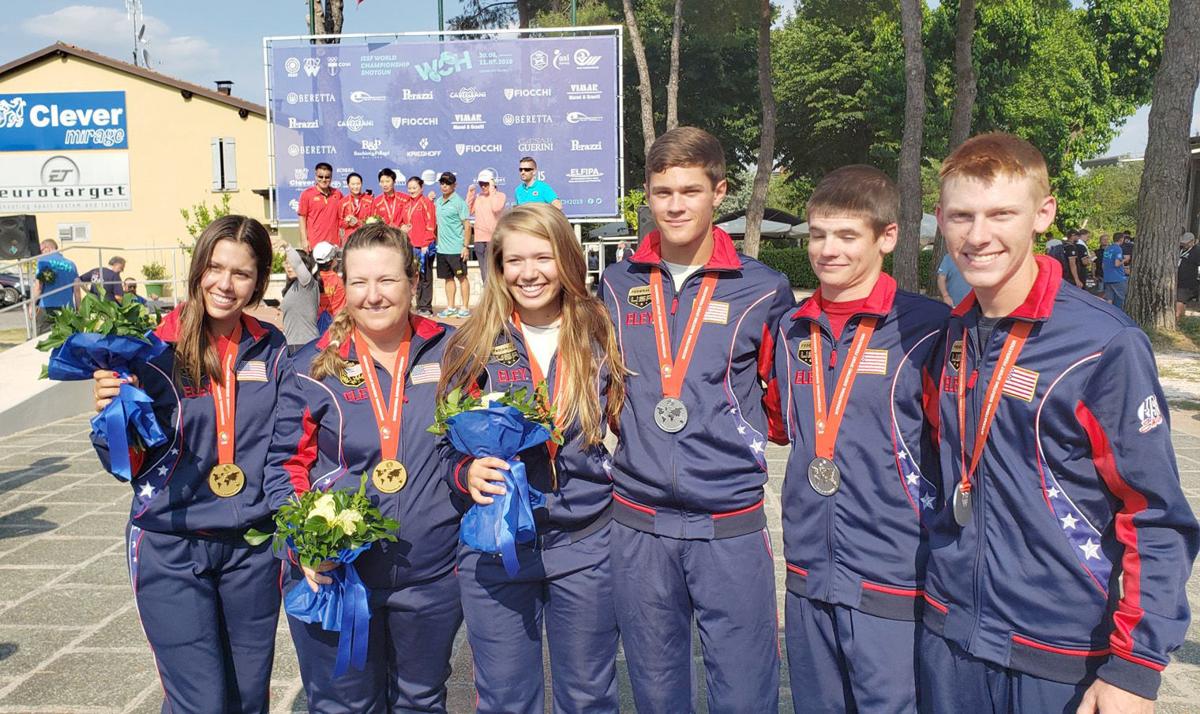 Bamberg's Alex Ahlin, fourth from left, poses for a photo with his teammates on the USA Shooting Team junior squad that participated in the ISSF World Championships in Lonato, Italy, in July. 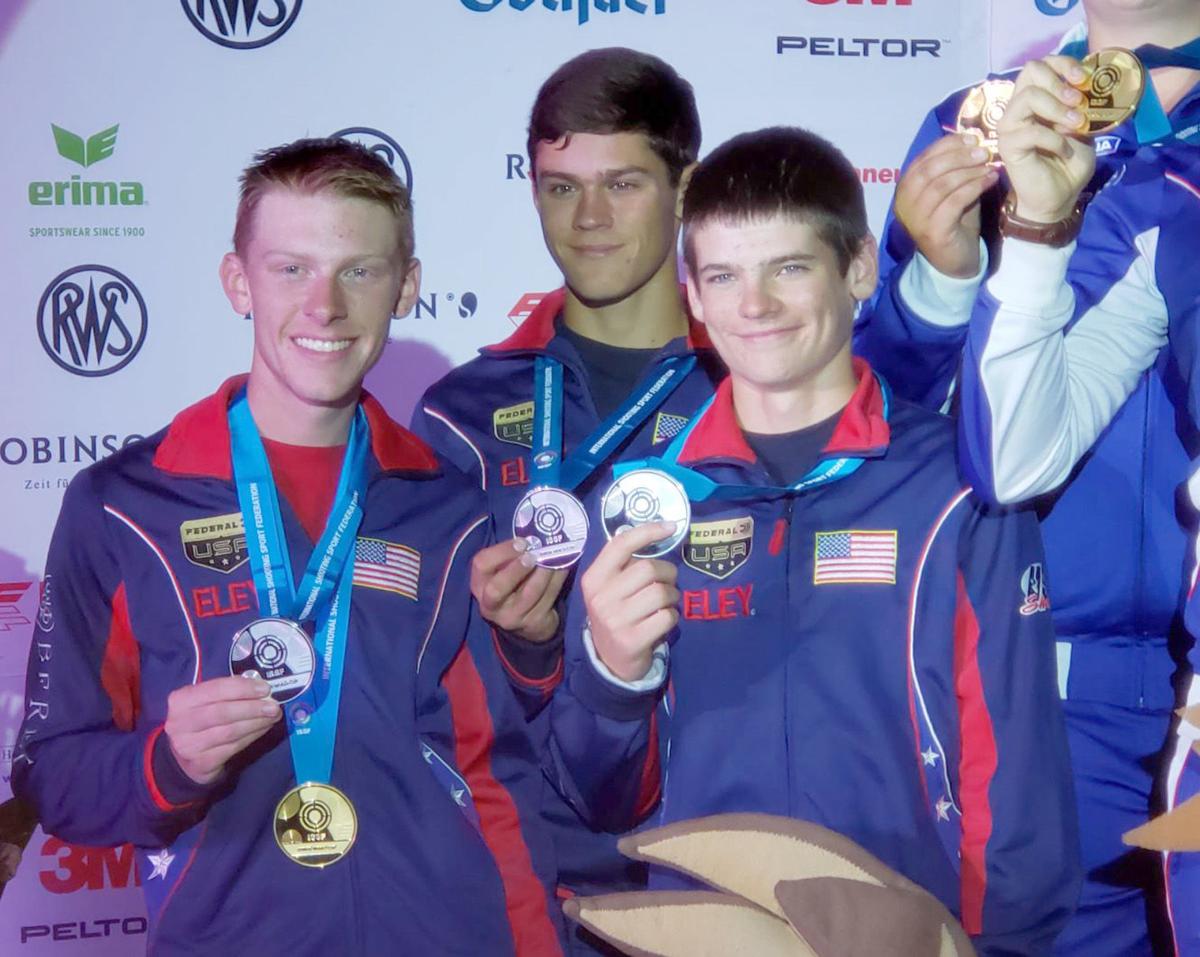 Bamberg's Alex Ahlin, center, displays his silver medal won with the junior men's team of USA Shooting Sports while at the ISSF World Cup in Suhl, Germany in July.

When Alex Ahlin starts his senior classes at Bamberg-Ehrhardt High School, it will only be natural for a teacher to ask what he did during the summer.

Unlike most students, Ahlin will be able to answer that he won a Junior Olympics individual gold medal in Colorado, won a World Championships mixed team junior gold medal in Italy (by outperforming Russia and China), and won junior men's team silver medals with the USA Shooting Team in both Italy and Germany.

He did all that and found time to enjoy just being a teenager in and around Bamberg. But with his plans to perform well in Olympics qualifying in September, Ahlin's summer success has set him up for what could be quite an exciting final fall semester of high school.

In late June, at the USA Shooting Junior Olympic National Championships skeet competition in Colorado Springs, Colorado, Ahlin needed a shoot-off in the Men’s Junior Olympic final to top Eli Ellis (College Station, Texas), after the two tied with 53 targets each. Ahlin won the shoot-off by a 4-3 count.

"Colorado was just a good start and a good way to get the feel of competition," Ahlin said. "It was a great experience and an awesome feeling, with a sense of relief from all the work I put in.

"Winning showed me that I could do well."

That understanding and the confidence that came with it propelled Ahlin to do well overseas, in what was his second year flying to compete against the best young moving target shotgun shooters in the world.

The duo qualified first and were matched up against Russia's Mark Eshchanov and Elena Bukhonova in the final. Smith and Ahlin each missed four of 40 targets in the final, which was five shots better than the Russian pair.

"In the final, I was relaxed and in the zone," Ahlin said. "It felt like we knew what we were supposed to do, and we just did it.

"We had never shot together as teammates. But we were paired together in the selection match, based on our previous scores. In the final, we shot well."

From there, he went to the ISSF Junior World Cup in Suhl, Germany, where he missed reaching the Men's Skeet individual final by a single target, finishing among the top 10. His shooting helped the USA Shooting Team win another men's shotgun team silver medal.

"The biggest thing for me has been gaining experience," Ahlin said. "Going overseas last year to compete for the first time was kind of overwhelming, with so many variables and a higher level of competition than I was used to seeing.

"This year, I was ready for it and knew how to assess different challenges. We had two coaches go with us this summer, and both are very experienced; it's nice to have someone look over your shoulder and let you know how you are doing. The video replay has been a big thing recently, since before that it was just up to the referee to make a call. In this sport, every target counts."

Ahlin has been involved with competitive shooting since the age of 7 but has only been competing on an international level for three years, starting when he was 14.

"I did shoot American skeet for a while and started doing good there, but I was looking for a greater challenge," Ahlin said. "Then I thought about the Olympics and going overseas for World Cup competition.

"I used to always dove hunt with my dad, and one day he saw information about the 4-H shooting team. He took me to that and I started up with it. After a couple years, I get better and decided I could make this my top sport. Now, at 17, I have bigger dreams for it still."

"That, the Olympics, has been my dream the most of any competition," Ahlin said. "They'll take the top scores from qualifying competition in Texas and later in Arizona, combine the top scores, and see who wins the battle for the top two spots.

"In preparing for Olympic selection, I'll have six days of practice a week. You've got to keep pushing at it and not develop any bad habits. I practice like I'm in a competition."

Alex is the son of Ken and Jennifer Ahlin.

Bamberg's Alex Ahlin, center, displays his silver medal won with the junior men's team of USA Shooting Sports while at the ISSF World Championships in Lonato, Italy in July.

Bamberg's Alex Ahlin, fourth from left, poses for a photo with his teammates on the USA Shooting Team junior squad that participated in the ISSF World Championships in Lonato, Italy, in July.

Bamberg's Alex Ahlin, center, displays his silver medal won with the junior men's team of USA Shooting Sports while at the ISSF World Cup in Suhl, Germany in July.